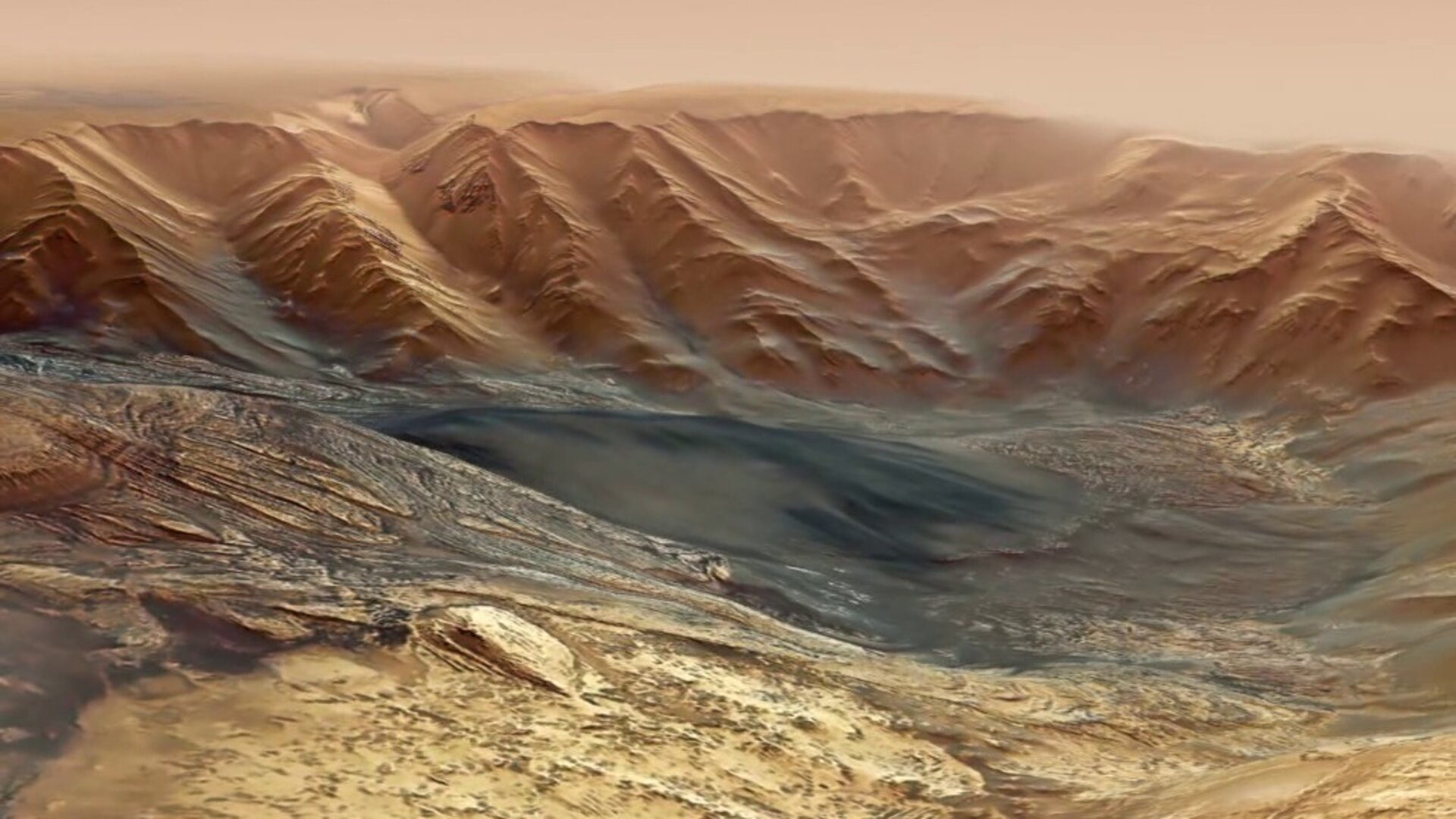 Glide through part of the largest canyon on Mars, Valles Marineris, in this stunning colour movie from ESA’s Mars Express.

Valles Marineris is not just the largest canyon on Mars, but at 4000 km long, 200 km wide and 10 km deep it is the largest in the entire Solar System.

The movie focuses on an enclosed 8 km-deep trough in the northern most part of Valles Marineris, called Hebes Chasma.

The movie glides over impact craters pockmarking the plains separating the troughs, down cliff faces scarred by landslides, and along the rough valley floor.

In some parts of the valley Mars Express has detected water-bearing minerals, suggesting that significant quantities of water may have once flowed here.

The formation of Hebes Chasma is likely connected to the nearby volcanic Tharsis region, home to the planet’s vast Olympus Mons volcano.

During periods of intense volcanism the whole region stretched upwards, causing tremendous stress in the crust further way. Unable to withstand the strain, the crust ripped open, collapsing into the chasms found in and around Valles Marineris.

The movie was first published by Freie Universität Berlin in 2008.