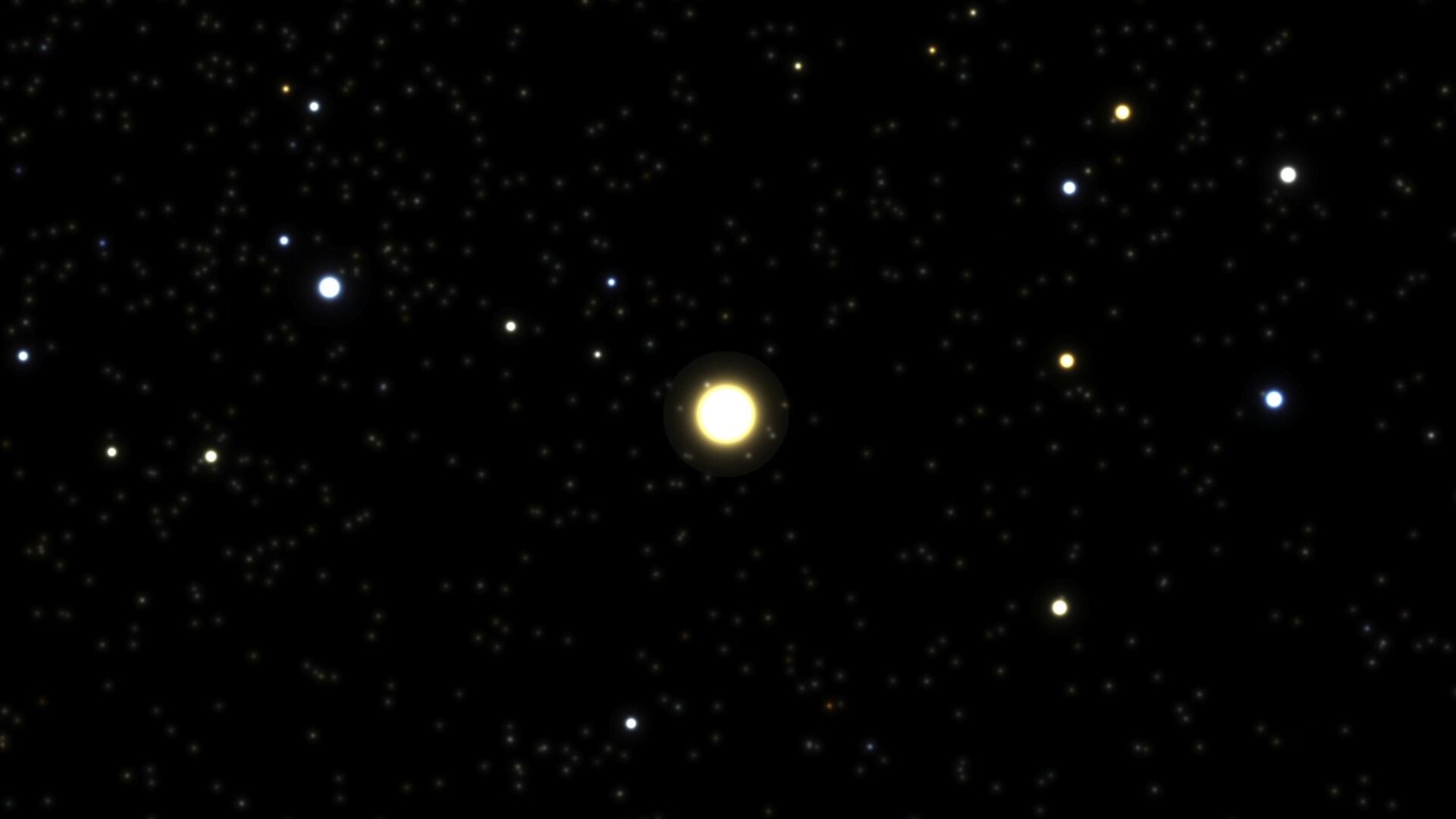 The movements of more than 300 000 stars surveyed by ESA’s Gaia satellite reveal that rare close encounters with our Sun might disturb the cloud of comets at the far reaches of our Solar System, sending some towards Earth in the distant future.

As the Solar System moves through the Galaxy, and as other stars move on their own paths, close encounters are inevitable – though ‘close’ still means many trillions of kilometres.

A star, depending on its mass and speed, would need to get within about 60 trillion kilometres before it starts to have an effect on the Solar System’s distant reservoir of comets, the Oort Cloud, which is thought to extend out to 15 trillion kilometres from the Sun, 100 000 times the Sun–Earth distance.

For comparison, the outermost planet Neptune orbits at an average distance of about 4.5 billion kilometres, or 30 Sun–Earth distances.

The gravitational influence of stars that pass near the Oort Cloud could perturb the paths of comets residing there, jolting them onto orbits that bring them in to the inner Solar System.

While this is thought to be responsible for some of the comets that appear in our skies every hundred to thousand years, it also has the potential to put comets on a collision course with Earth or other planets. Understanding the past and future motions of stars is a key goal of Gaia as it collects precise data on stellar positions and motions over its five-year mission. After 14 months, the first catalogue of more than a billion stars was recently released, which included the distances and the motions across the sky for more than two million stars.

By combining the new results with existing information, astronomers began a detailed, large-scale search for stars passing close to our Sun.

So far, the motions relative to the Sun of more than 300 000 stars have been traced through the Galaxy and their closest approach determined for up to five million years in the past and future.

Of them, 97 stars were found that will pass within 150 trillion kilometres, while 16 come within about 60 trillion km.

While the 16 are considered reasonably near, a particularly close encounter of one star, Gliese 710, in 1.3 million years’ time, stands out. It is predicted to pass within just 2.3 trillion km or about 16 000 Earth–Sun distances, well within the Oort Cloud.

The star is already well-documented, and thanks to the Gaia data, the estimated encounter distance has recently been revised. Previously, there was a 90% degree of certainty that it would come within 3.1–13.6 trillion kilometres. Now, the more accurate data suggest that it will come within 1.5–3.2 trillion km, with 2.3 trillion km most likely.

The speed of its passage means it will have plenty of time to exert its gravitational influence on bodies in the Oort Cloud, potentially sending showers of comets into the Solar System.

Despite its slower pace, it will still appear as the brightest, fastest object in the night sky at closest approach.

Importantly, the latest study used Gaia measurements to make a general estimate of the rate of stellar encounters, taking into account uncertainties such as stars that might not have been observable in the existing catalogue.

For 5 million years in the past and into the future, the overall encounter rate is estimated to be around 550 stars per million years coming within 150 trillion km, of which about 20 would come closer than 30 trillion km.

That equates to about one potential ‘close’ encounter every 50 000 years or so. It is important to note that it is not guaranteed that a star would actually perturb any comets such that they entered the inner regions of the Solar System, and even if they did, if Earth would be in the firing line.

These estimates will be refined with future Gaia data releases. The second is scheduled for next April, containing the information for about 20 times as many stars, and many more distant stars as well, allowing reconstructions up to 25 million years into the past and future.

“The completeness-corrected rate of stellar encounters with the Sun from the first Gaia data release,” by C.A.L. Bailer-Jones, is published in Astronomy & Astrophysics.