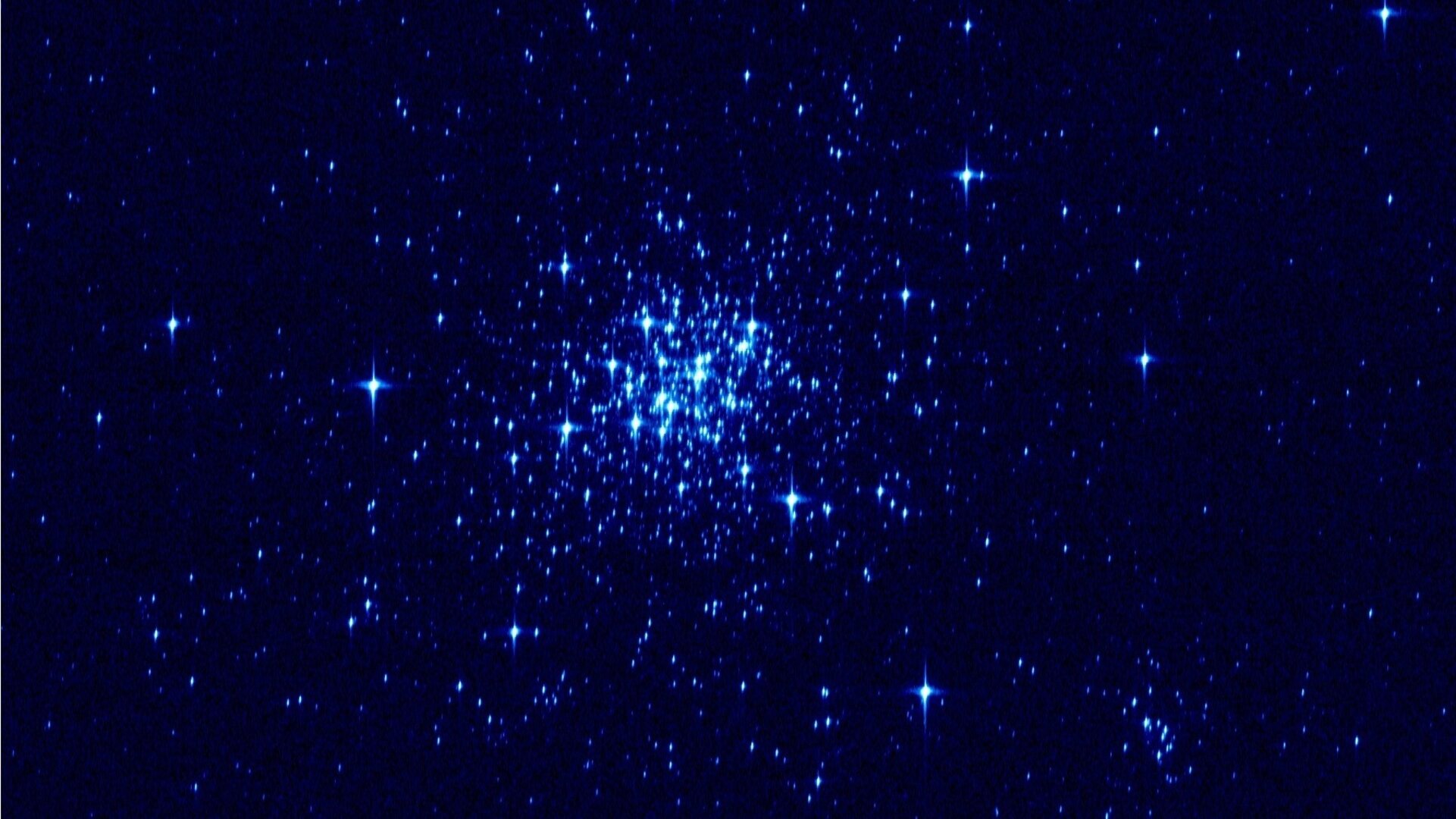 ESA’s billion-star surveyor Gaia is slowly being brought into focus. This test image shows a dense cluster of stars in the Large Magellanic Cloud, a satellite galaxy of our Milky Way.

Once Gaia starts making routine measurements, it will generate truly enormous amounts of data. To maximise the key science of the mission, only small ‘cut-outs’ centred on each of the stars it detects will be sent back to Earth for analysis.

This test picture, taken as part of commissioning the mission to ‘fine tune’ the behaviour of the instruments, is one of the first proper ‘images’ to be seen from Gaia, but ironically, it will also be one of the last, as Gaia's main scientific operational mode does not involve sending full images back to Earth.

Gaia was launched on 19 December 2013, and is orbiting around a virtual point in space called L2, 1.5 million kilometres from Earth.

Gaia’s goal is to create the most accurate map yet of the Milky Way. It will make precise measurements of the positions and motions of about 1% of the total population of roughly 100 billion stars in our home Galaxy to help answer questions about its origin and evolution.

Repeatedly scanning the sky, Gaia will observe each of its billion stars an average of 70 times each over five years. In addition to positions and motions, Gaia will also measure key physical properties of each star, including its brightness, temperature and chemical composition. 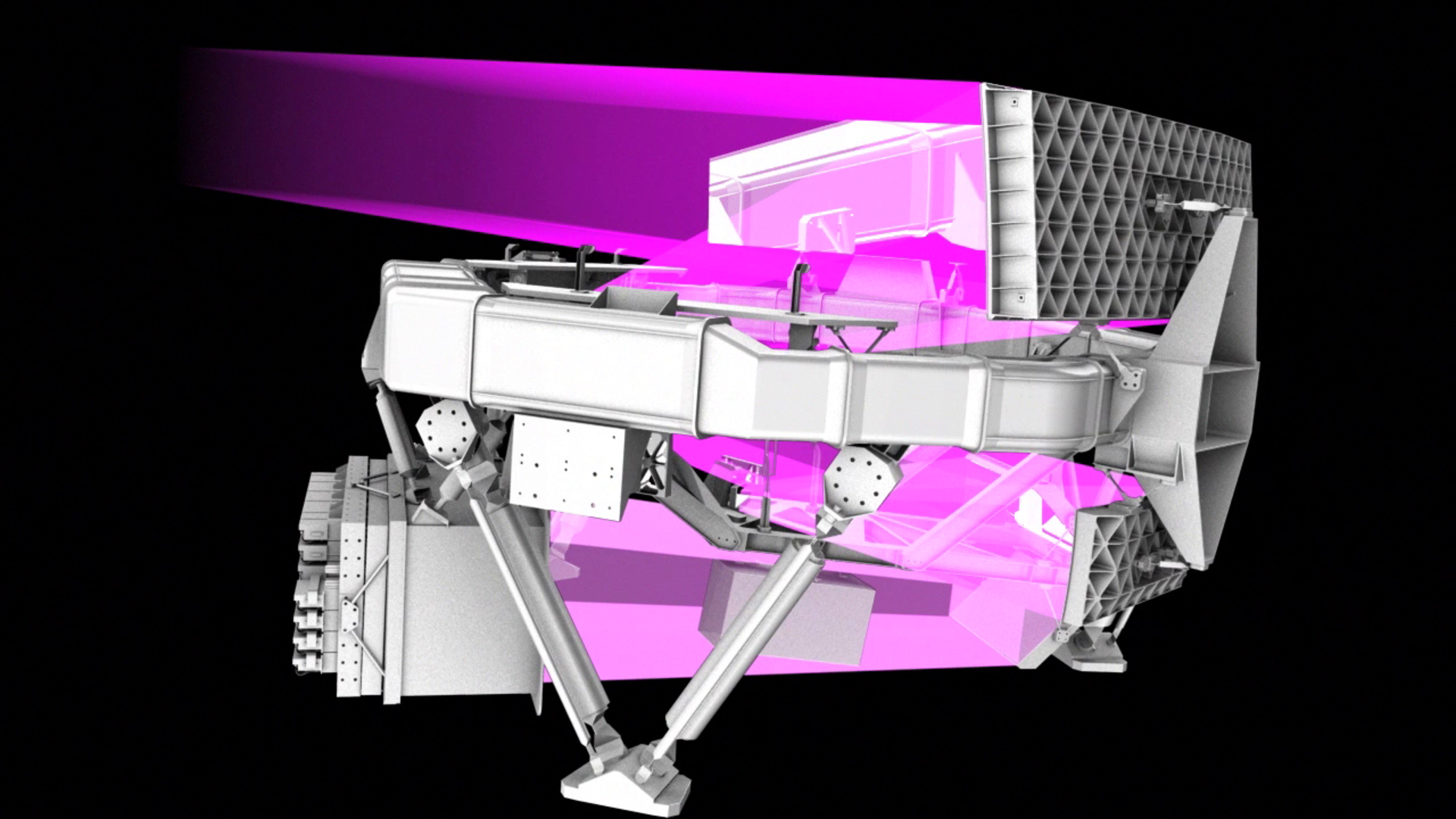 To achieve its goal, Gaia will spin slowly, sweeping its two telescopes across the entire sky and focusing the light from their separate fields simultaneously onto a single digital camera – the largest ever flown in space, with nearly a billion pixels.

But first, the telescopes must be aligned and focused, along with precise calibration of the instruments, a painstaking procedure that will take several months before Gaia is ready to enter its five-year operational phase.

As part of that process, the Gaia team have been using a test mode to download sections of data from the camera, including this image of NGC1818, a young star cluster in the Large Magellanic Cloud. The image covers an area less than 1% of the full Gaia field of view.

The team is making good progress, but there is still work to be done to understand the full behaviour and performance of the instruments.

While all one billion of Gaia’s target stars will have been observed during the first six months of operations, repeated observations over five years will be needed to measure their tiny movements to allow astronomers to determine their distances and motions through space.

As a result, Gaia’s final catalogue will not be released until three years after the end of the nominal five-year mission. Intermediate data releases will be made, however, and if rapidly changing objects such as supernovae are detected, alerts will be released within hours of data processing.

Eventually, the Gaia data archive will exceed a million Gigabytes, equivalent to about 200 000 DVDs of data. The task of producing this colossal treasure trove of data for the scientific community lies with the Gaia Data Processing and Analysis Consortium, comprising more than 400 individuals at institutes across Europe.