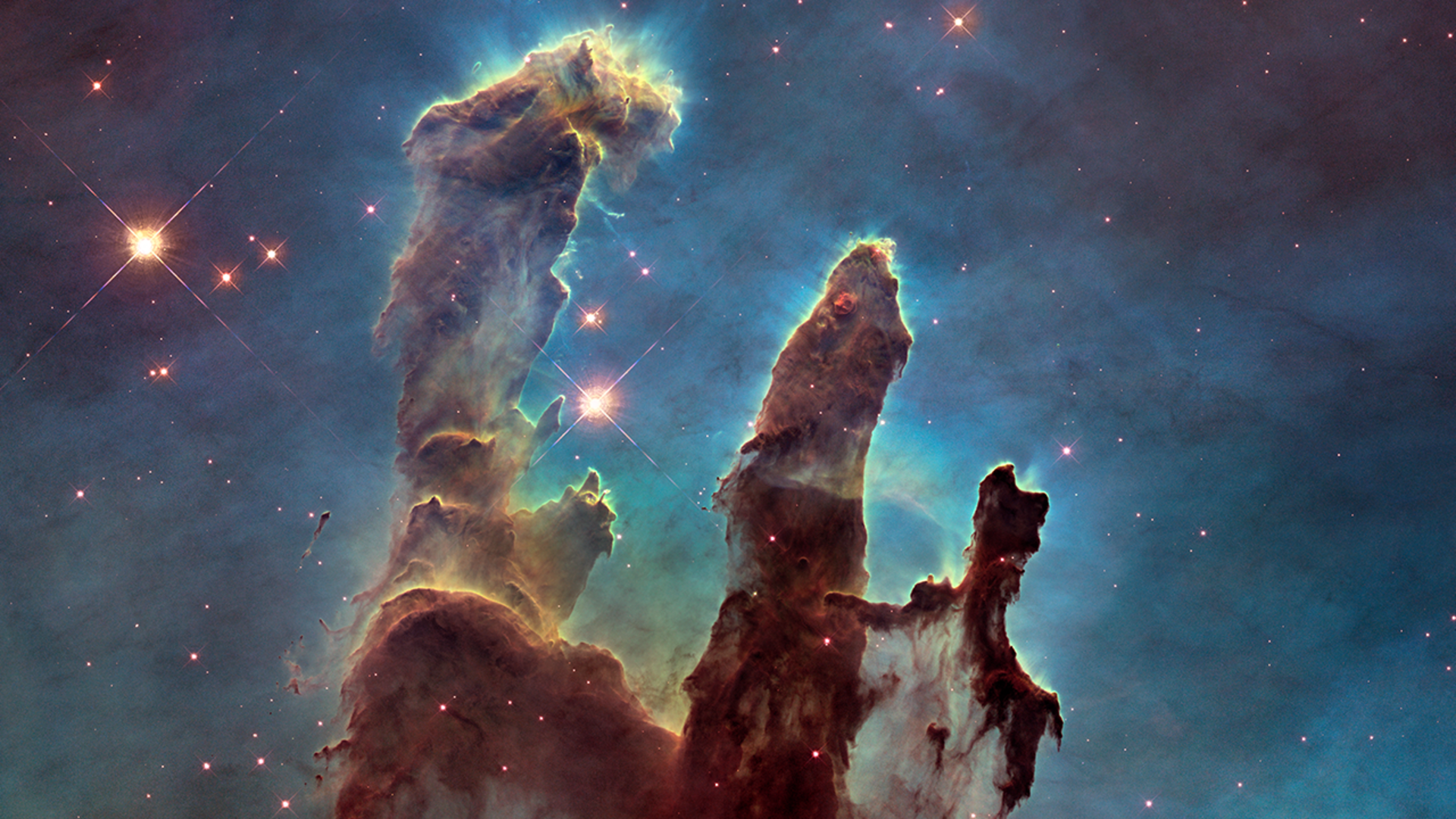 An interview with ESA’s Director of Science, Günther Hasinger, on space science at ESA – his reflections on last year’s achievements and his visions for the future of space science.

How has ESA contributed to the growth of space science in the past decades and what are the big questions it will tackle in the future?
The Horizon 2000 programme with its ‘cornerstone’ missions – Soho and Cluster, XMM-Newton, Herschel, and Rosetta – and several ‘medium-class’ missions (including Hubble, Cassini-Huygens, Planck, Integral and Hipparcos) covers all aspects of space science and had a truly fundamental role for European astronomy, paving the way for the current Cosmic Vision programme.

Our successful science missions have roamed the Solar System, including two landings on distant celestial bodies that con­sti­tuted “world firsts”– namely Huygens landing on Titan in 2005 and Rosetta dropping a lander on a comet in 2014. We have observed the Universe across the electromagnetic spectrum, addressing a wide range of processes in our cosmos, from plan­ets and exoplanets, to stellar and galactic physics, to black holes and active galaxies all the way to observations of the big bang’s relic radiation.

The last few years have seen Europe developing inter­national leadership in a number of key areas of space science, such as the cosmic microwave back­ground (with Planck), precision astrometry (with Gaia), gravitational wave astronomy (with the technology demonstration of Lisa Pathfinder and soon with the future Lisa mission), exploration of the inner Solar System (we are en route to Mercury with BepiColombo and will soon launch Solar Orbiter), characterisation of primordial bodies (with Rosetta), and investigation of dark energy (with the future Euclid mission).

International cooperation is a key element in ESA’s strategy, and the Science Programme is a partner of choice for practically all space agencies in the world.

Why was the move to space determining in the history of astronomy, and why do we need so many space telescopes?
Space has opened new windows into the Universe, beyond what our eyes can see and into the far-infrared, X-rays and gamma rays, for example. For a long time, space has also provided an unbeatable advantage in optical image quality – the Hubble Space Telescope is a prime example. Space is still unprecedented in terms of instrument stability needed for high precision astrometry (Gaia) and photometry (a key aspect of exoplanet missions).

To cover all these aspects, it is necessary to operate a fleet of space observatories, almost like an orchestra, each of them with a different tune, which together make the music. More and more it is becoming important to have international players in this orchestra, because individual agencies can no longer afford an independent orchestra of their own. This requires in particular a very long-term view in our strategic planning, and an early and stable coordination with our international partners.

How is ESA preparing for the technological and scientific challenges of the next decades?
The long-term strategic planning and preparation over several decades requires targeted technology development for our future flagship missions. One example of this process is our Smart-1 mission to the Moon, which developed and tested the solar electric propulsion now employed by BepiColombo, on its way to Mercury – a technology that will hopefully be used again in future Solar System missions. We are preparing a whole fleet for exoplanet studies, which are based on technologies developed in previous cycles.

Another example is Smart-2, now known as Lisa Pathfinder, which has developed the drag-free inertial control as an essential ingredient for our future gravitational wave observatory, Lisa. The mirror technology development for our future large X-ray observatory Athena builds on decades of experience, for example with XMM-Newton, and new robotic manufacturing tools. Together, Athena and Lisa will open a whole area of multi-messenger studies – “bringing sound to the cosmic movies”.

Reflecting on the past year – and your first year as ESA Science Director – what have been some of ESA's science success stories?
Top of my hit list is Gaia, which made history with its second data release and produced more than 800 refereed publications in 2018. A particularly intriguing result has dug into the archaeological history of our Galaxy, indicating a major merger about 10 billion years ago.

XMM-Newton has solved a long-standing riddle concerning missing ‘ordinary’ matter in the Universe, by detecting a warm-hot component of gas in between the galaxies.

There has been more excitement from Mars, with the Mars Express detection of liquid water under the South Pole, and the ongoing detective story from the ExoMars Trace Gas Orbiter, which is searching for trace gases in the Mars atmosphere.

Finally, my pet object is the odd-shaped interstellar visitor ‘Oumuamua, where Hubble and ground-based observations have discovered a fascinating acceleration of its trajectory away from the Sun. I hope we will see more of those in the near future!