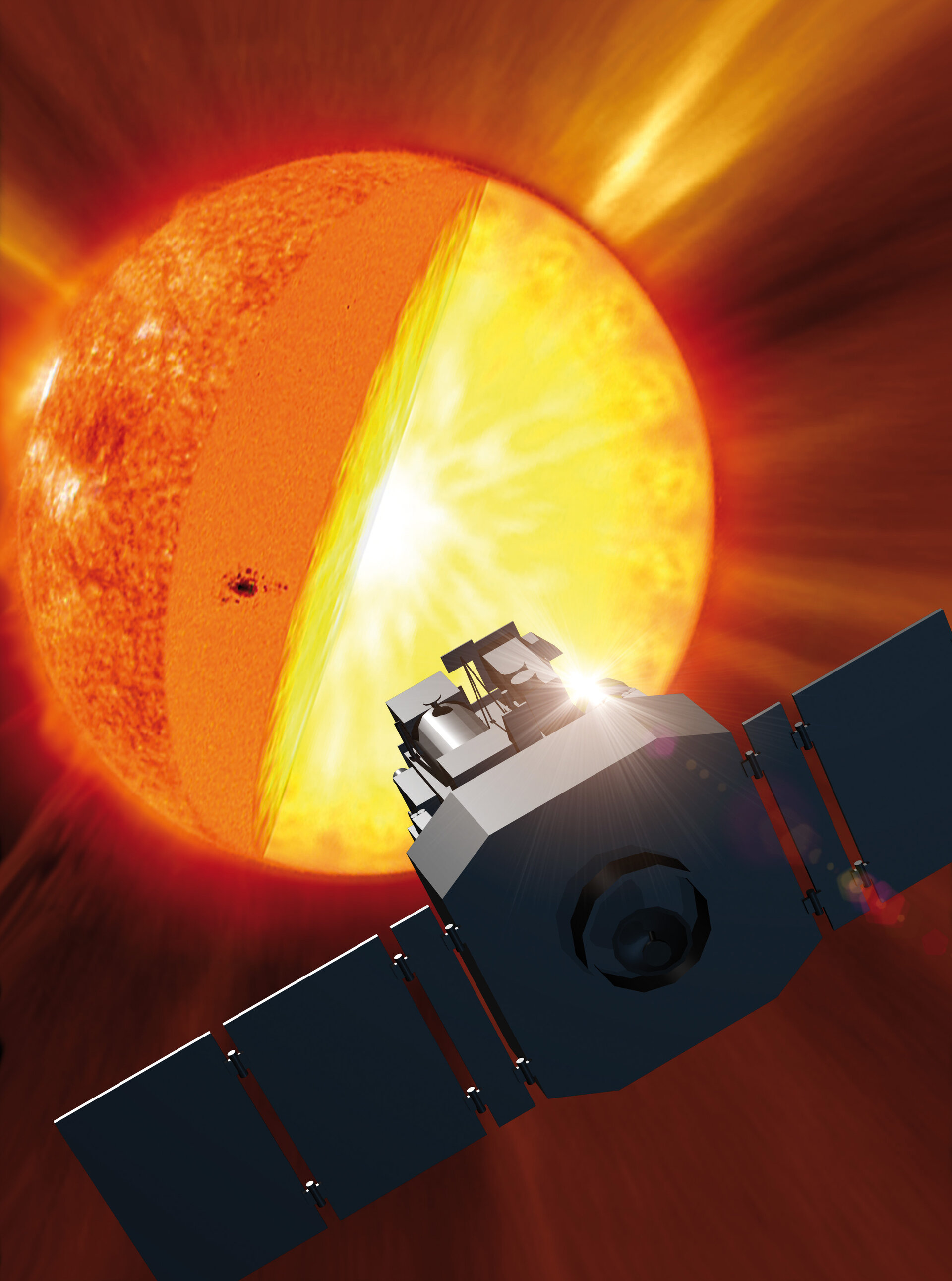 The ESA-NASA Solar and Heliospheric Observatory (SOHO) may have glimpsed long-sought oscillations on the Sun’s surface. The data will reveal details about the core of our star and it contains clues on how the Sun formed, 4.6 thousand million years ago.

The subtle variations reveal themselves as a miniscule ripple in the overall movement of the solar surface. Astronomers have been searching for ripples of this kind since the 1970s, when they first detected that the solar surface was oscillating in and out.

The so-called ‘g-modes’ are driven by gravity and provide information about the deep interior of the Sun. They are thought to occur when gas churning below the solar surface plunges even deeper into our star and collides with denser material, sending ripples propagating through the Sun’s interior and up to the surface. It is the equivalent of dropping a stone in a pond.

Unfortunately for observers, these waves are badly degraded during their passage to the solar surface. By the time g-modes reach the exterior, they are little more than ripples a few metres high.

To make matters more difficult, the g-modes take between two and seven hours to oscillate just once. So, astronomers are faced with having to detect a swell on the surface that rises a metre or two over several hours.

Now, however, astronomers using the Global Oscillation at Low Frequency (GOLF) instrument on SOHO think they may have caught glimpses of this behaviour. Instead of looking for an individual oscillation, they looked for the signature of the cumulative effect of a large number of these oscillations.

As an analogy, imagine that the Sun was an enormous piano playing all the notes simultaneously. Instead of looking for a particular note (middle C for instance) it would be easier to search for all the ‘C’s, from all the octaves together.

In the piano their frequencies are related to each other just as on the Sun, one class of g modes are separated by about 24 minutes.

“So that’s what we looked for, the cumulative effect of several g modes,” says Rafael A. García, DSM/DAPNIA/Service d’Astrophysique, France. They combined ten years of data from GOLF and then searched for any hint of the signal at 24 minutes. They found it.

“We must be cautious but if this detection is confirmed, it will open a brand new way to study the Sun’s core,” says García.

By combining data from space and ground instruments, we hope to improve this detection and open up a new branch of solar science.

Until now, the rotation rate of the solar core was uncertain. If the GOLF detection is confirmed, it will show that the solar core is definitely rotating faster than the surface.

The rotation speed of the solar core is an important constraint for investigating how the entire Solar System formed, because it represents the hub of rotation for the interstellar cloud that eventually formed the Sun and all the bodies around it.

The next step for the team is to refine the data to increase their confidence in the detection. To do this, they plan to incorporate data from other instruments, both on SOHO and at ground-based observatories.

“By combining data from space (VIRGO and MDI, on SOHO) and ground (GONG and BiSON) instruments, we hope to improve this detection and open up a new branch of solar science,” says García.

The findings are published in the 4 May 2007 edition of the journal Science, in the article: “Tracking solar gravity modes: the dynamics of the solar core”, by R. García, S. Turck-Chièze, S. Jiménez-Reyes, J. Ballot, P. Pallé, A. Eff-Darwich, S. Mathur, J. Provost.