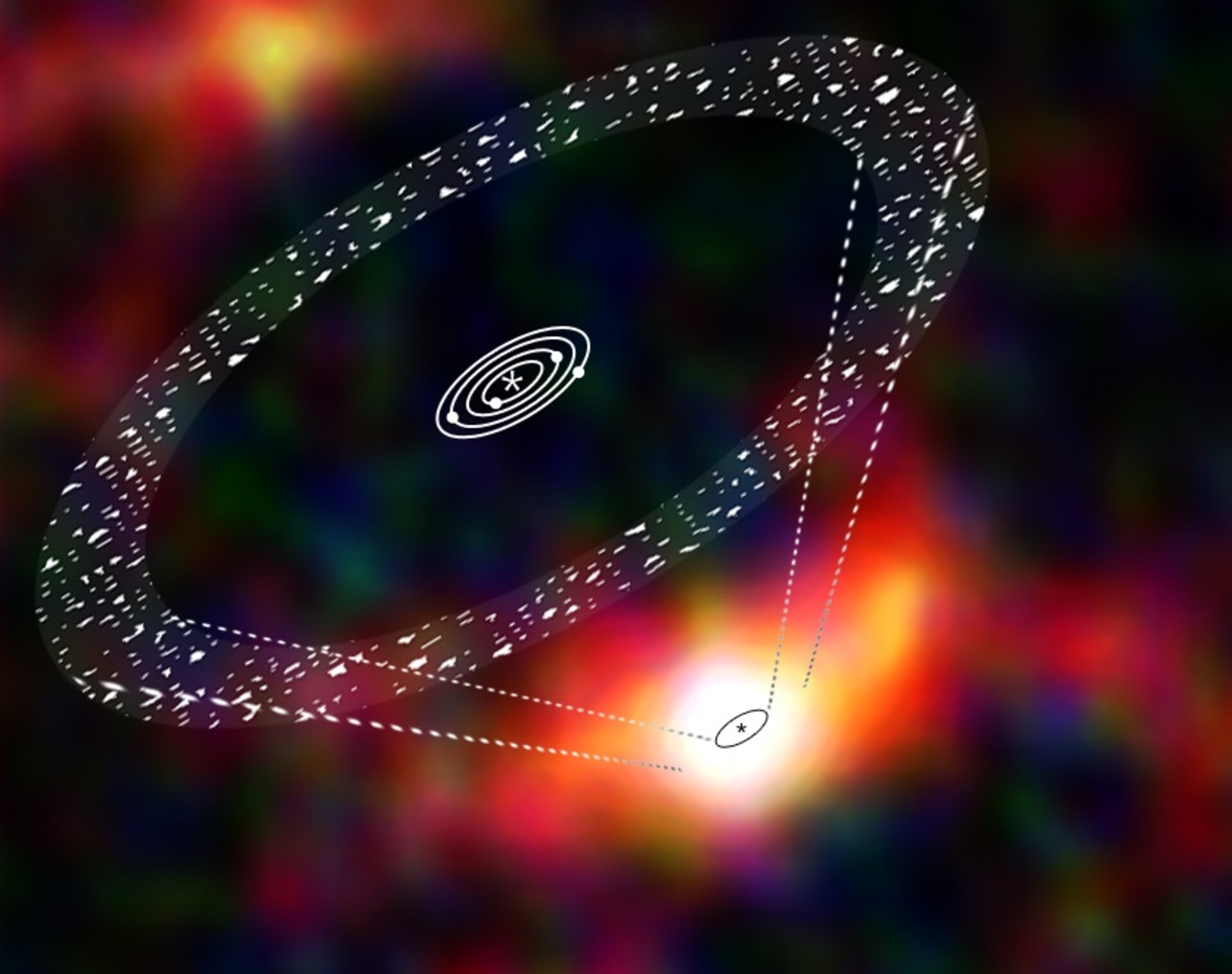 In a previous Herschel study, scientists found that the dusty belt surrounding nearby star Fomalhaut must be maintained by collisions between comets.

In the new Herschel study, two more nearby planetary systems – GJ 581 and 61 Vir – have been found to host vast amounts of cometary debris.

Herschel detected the signatures of cold dust at 200ºC below freezing, in quantities that mean these systems must have at least 10 times more comets than in our own Solar System’s Kuiper Belt.

GJ 581, or Gliese 581, is a low-mass M dwarf star, the most common type of star in the Galaxy. Earlier studies have shown that it hosts at least four planets, including one that resides in the ‘Goldilocks Zone’ – the distance from the central sun where liquid surface water could exist.

Two planets are confirmed around G-type star 61 Vir, which is just a little less massive than our Sun.

The planets in both systems are known as ‘super-Earths’, covering a range of masses between 2 and 18 times that of Earth.

Interestingly, however, there is no evidence for giant Jupiter- or Saturn-mass planets in either system.

The gravitational interplay between Jupiter and Saturn in our own Solar System is thought to have been responsible for disrupting a once highly populated Kuiper Belt, sending a deluge of comets towards the inner planets in a cataclysmic event that lasted several million years.

“The new observations are giving us a clue: they’re saying that in the Solar System we have giant planets and a relatively sparse Kuiper Belt, but systems with only low-mass planets often have much denser Kuiper belts,” says Dr Mark Wyatt from the University of Cambridge, lead author of the paper focusing on the debris disc around 61 Vir.

“We think that may be because the absence of a Jupiter in the low-mass planet systems allows them to avoid a dramatic heavy bombardment event, and instead experience a gradual rain of comets over billions of years.”

“For an older star like GJ 581, which is at least two billion years old, enough time has elapsed for such a gradual rain of comets to deliver a sizable amount of water to the innermost planets, which is of particular importance for the planet residing in the star’s habitable zone,” adds Dr Jean-Francois Lestrade of the Observatoire de Paris who led the work on GJ 581.

However, in order to produce the vast amount of dust seen by Herschel, collisions between the comets are needed, which could be triggered by a Neptune-sized planet residing close to the disc.

“Simulations show us that the known close-in planets in each of these systems cannot do the job, but a similarly-sized planet located much further from the star – currently beyond the reach of current detection campaigns – would be able to stir the disc to make it dusty and observable,” says Dr Lestrade.

“Herschel is finding a correlation between the presence of massive debris discs and planetary systems with no Jupiter-class planets, which offers a clue to our understanding of how planetary systems form and evolve,” says Göran Pilbratt, ESA’s Herschel project scientist.

“Herschel imaging of 61 Vir: implications for the prevalence of debris in low-mass planetary systems,” by M. Wyatt et al., is published in the Monthly Notices of the Royal Astronomical Society 424, 2012.

“A DEBRIS disk around the planet hosting M-star GJ 581 spatially resolved with Herschel,” by J.-F. Lestrade et al., is accepted for publication in Astronomy & Astrophysics.

The observations were carried out as part of the DEBRIS (Disc Emission via a Bias-free Reconnaissance in the Infrared/Submillimetre) key project for Herschel, using both PACS and SPIRE instruments. DEBRIS is an international collaboration with researchers from Canada, the USA, the UK, Spain, Germany, France, Switzerland and Chile.