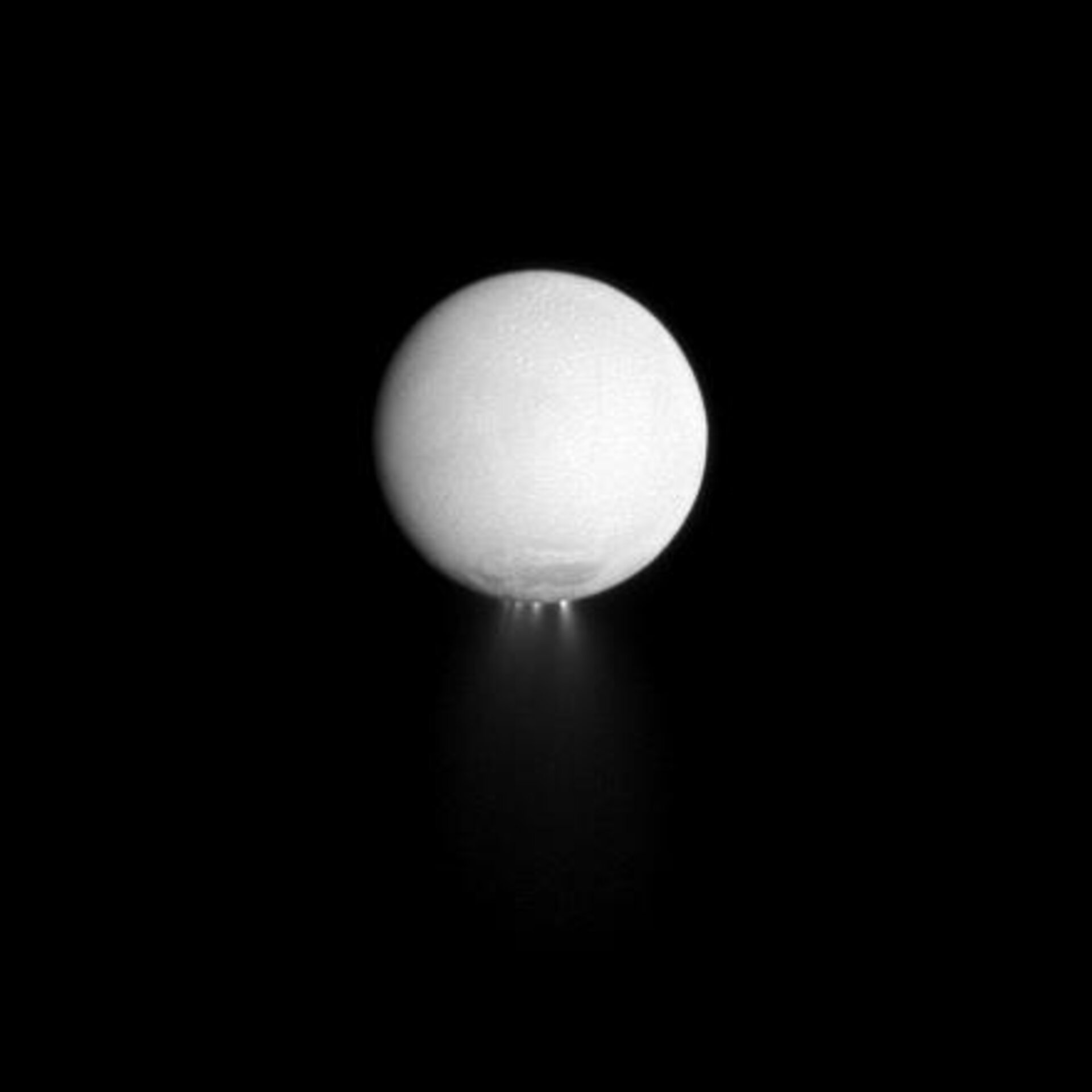 ESA’s Herschel space observatory has shown that water expelled from the moon Enceladus forms a giant torus of water vapour around Saturn. The discovery solves a 14-year mystery by identifying the source of the water in Saturn’s upper atmosphere.

Herschel’s latest results mean that Enceladus is the only moon in the Solar System known to influence the chemical composition of its parent planet.

Enceladus expels around 250 kg of water vapour every second, through a collection of jets from the south polar region known as the Tiger Stripes because of their distinctive surface markings.

These crucial observations reveal that the water creates a doughnut-shaped torus of vapour surrounding the ringed planet.

The total width of the torus is more than 10 times the radius of Saturn, yet it is only about one Saturn radius thick. Enceladus orbits the planet at a distance of about four Saturn radii, replenishing the torus with its jets of water.

These crucial observations reveal that the water creates a doughnut-shaped torus of vapour surrounding the ringed planet. The total width of the torus is more than 10 times the radius of Saturn, yet it is only about one Saturn radius thick.

Despite its enormous size, it has escaped detection until now because water vapour is transparent to visible light but not at the infrared wavelengths Herschel was designed to see.

Saturn's atmosphere is known to contain traces of gaseous water in its deeper layers. A particular enigma has been the presence of water in its upper atmosphere.

First reported in 1997 by teams using ESA’s Infrared Space Observatory, the source of this water was unknown until now. Computer models of these latest Herschel observations show that about 3-5% of the water expelled by Enceladus ends up falling into Saturn.

“There is no analogy to this behaviour on Earth,” says Paul Hartogh, Max-Planck-Institut für Sonnensystemforschung, Katlenburg-Lindau, Germany, who led the collaboration on the analysis of these results.

“No significant quantities of water enter our atmosphere from space. This is unique to Saturn.”

Although most of the water from Enceladus is lost into space, freezes on the rings or perhaps falls onto Saturn’s other moons, the small fraction that does fall into the planet is sufficient to explain the water observed in its upper atmosphere.

It is also responsible for the production of additional oxygen-bearing compounds, such as carbon dioxide.

Ultimately, water in Saturn's upper atmosphere is transported to lower levels, where it will condense but the amounts are so tiny that the resulting clouds are not observable.

“Herschel has proved its worth again. These are observations that only Herschel can make,” says Göran Pilbratt, ESA Herschel Project Scientist.

“ESA’s Infrared Space Observatory found the water vapour in Saturn’s atmosphere. Then NASA/ESA’s Cassini/Huygens mission found the jets of Enceladus. Now Herschel has shown how to fit all these observations together.”