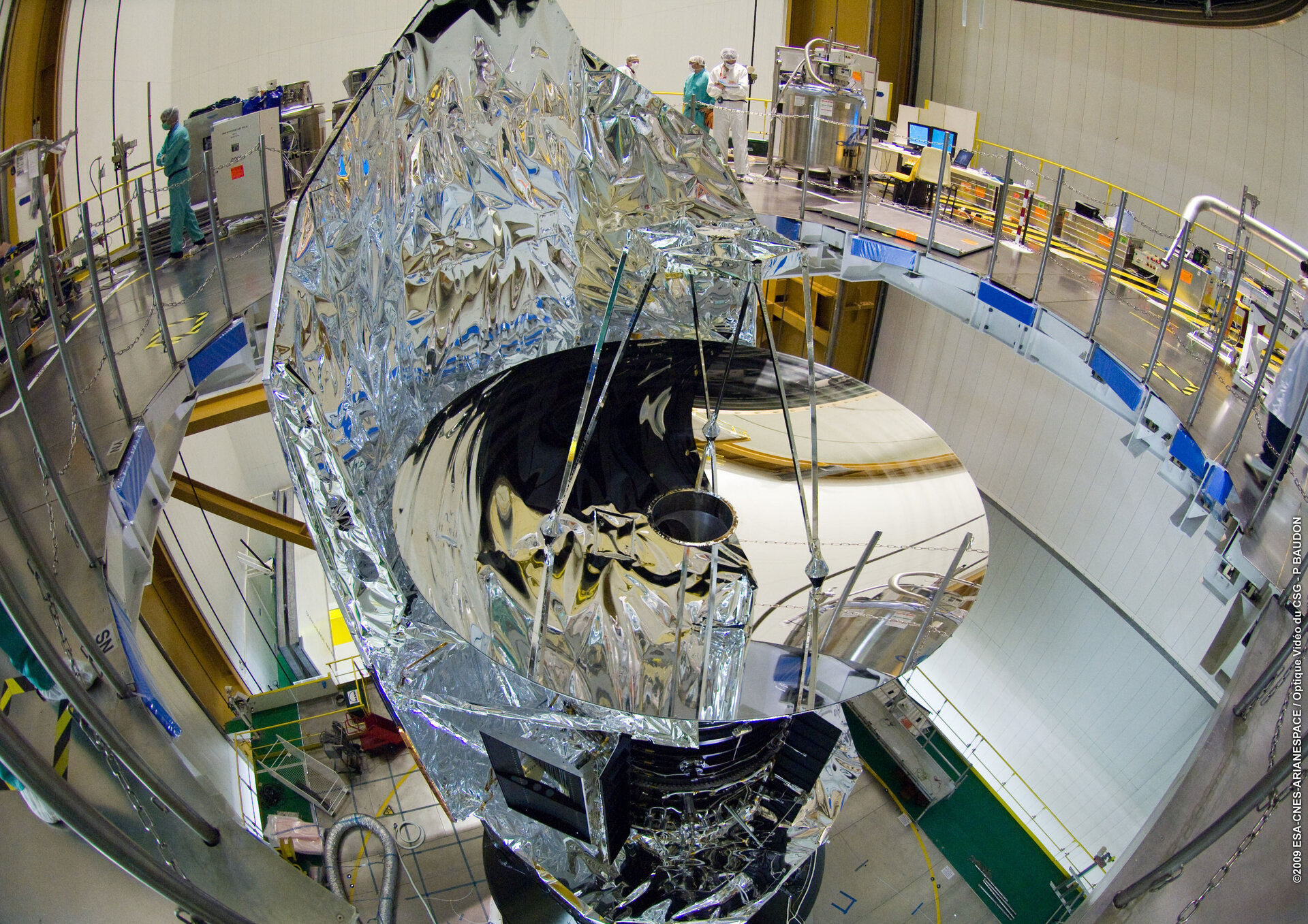 On Sunday 10 May, the fairing of the Ariane 5 was lowered over Herschel and Planck for integration with the launcher. Both satellites are now ready for the launch, scheduled for 14 May at 15:12 CEST.

The fairing of the Ariane 5 is 17 m tall and weighs 2.6 tonnes. After removing the protective foil covering the Herschel telescope, the fairing was lowered, encapsulating the two satellites and the Sylda; ready for mating with the launcher.

Once the fairing was integrated with the launcher, the spacecraft was powered on and a number of functional tests performed to check the status of Herschel, including command checks from the launcher to some of the cryostat valves.

Herschel was integrated on top of the Sylda support structure (that also encloses Planck) on 30 April. Since then, the main activity has been the top-up of helium-2 in the Herschel cryostat. In the morning of Sunday, 10 May, the required levels of helium-2 were reached: the cryostat was about 96% full and at a temperature just below -273°C (1.7K).

To keep the system cold for the final days on Earth, vent lines on the three insulating shields around the cryostat must be flushed with helium. To connect the lines, operators had to move about on diving boards that had been placed through the small doors in the fairing to the cryostat. They reopened the cryostat, connected the vent lines and then started to flush helium from an external vacuum flask.

Helium flushing continues until the day before launch at which time the cryostat will be closed, all external and auxiliary connections removed and the doors of the fairing closed.