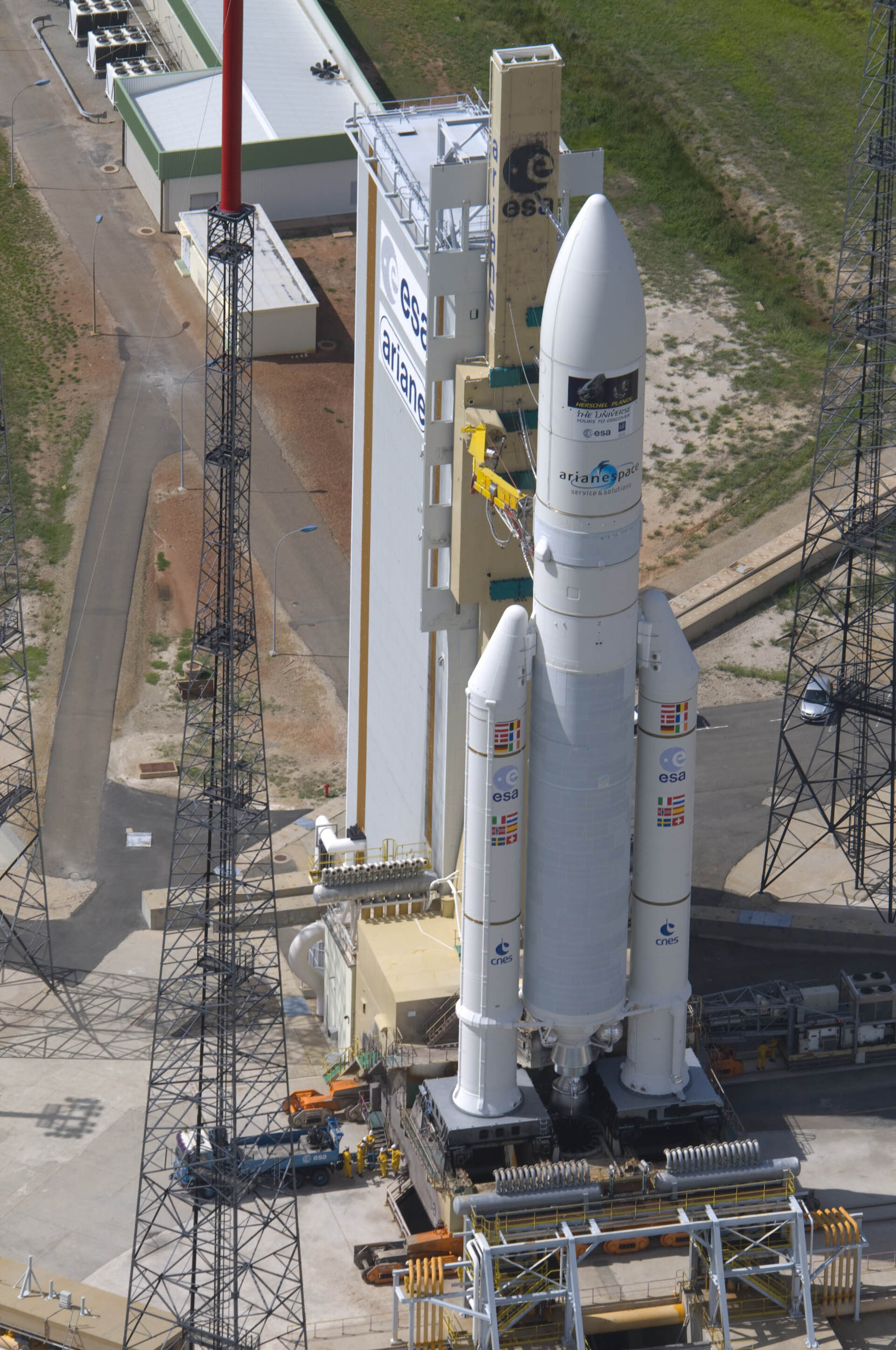 At around 13:40 CEST today, 8:40 at the launch site in Kourou, the Ariane 5 carrying Herschel and Planck rolled out onto the launch pad from its earlier location in the final assembly building under blue skies complete with puffy clouds.