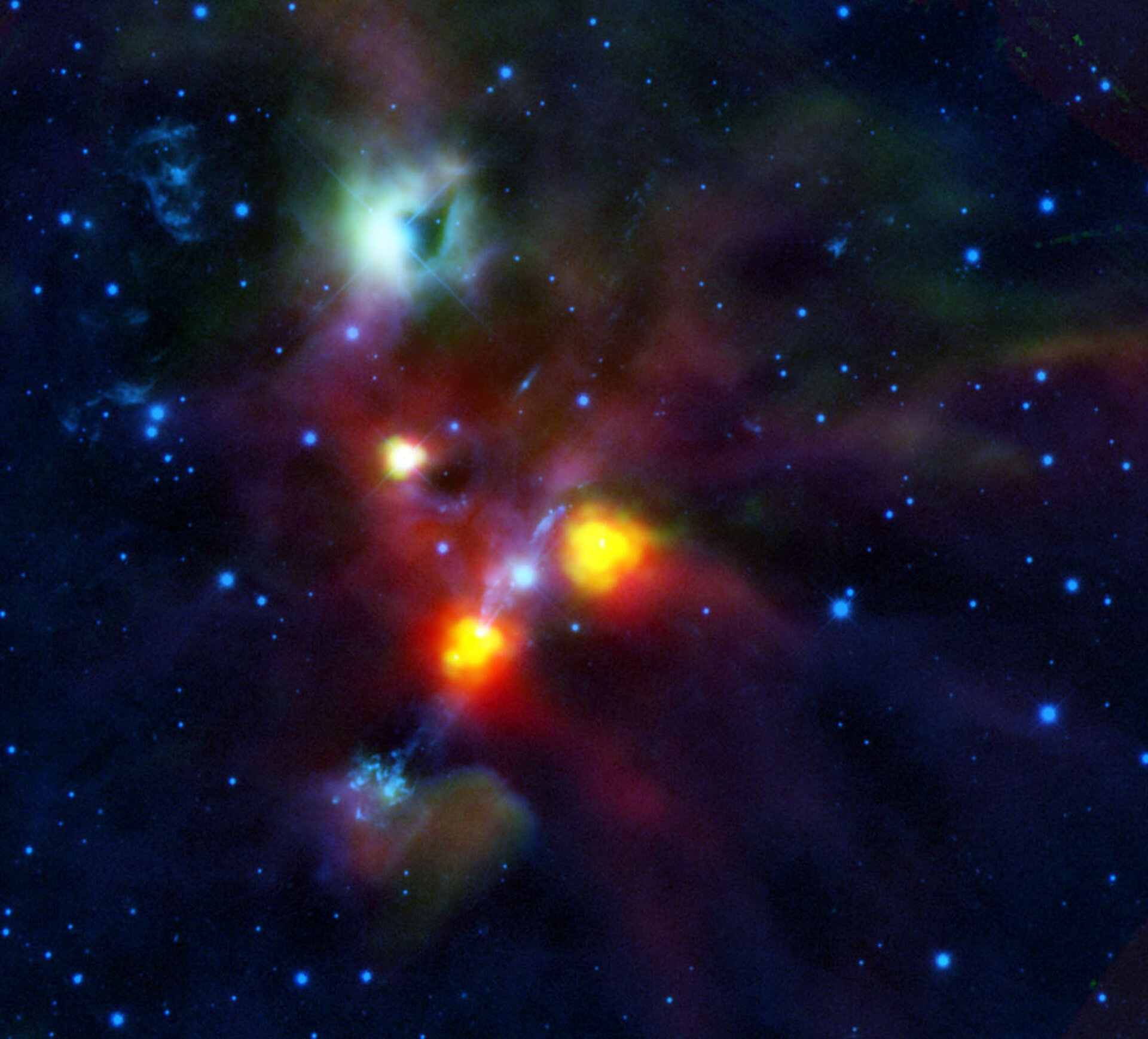 ESA’s Herschel infrared space telescope has made an unexpected discovery: a hole in space. The hole has provided astronomers with a surprising glimpse into the end of the star-forming process.

Stars are born in dense clouds of dust and gas that can now be studied in unprecedented detail with Herschel. Although jets and winds of gas have been seen coming from young stars in the past, it has always been a mystery exactly how a star uses these to blow away its surroundings and emerge from its birth cloud. Now, for the first time, Herschel may be seeing an unexpected step in this process.

A cloud of bright reflective gas known to astronomers as NGC 1999 sits next to a black patch of sky. For most of the 20th century, such black patches have been known to be dense clouds of dust and gas that block light from passing through.

When Herschel looked in its direction to study nearby young stars, the cloud continued to look black. But wait! That should not be the case. Herschel’s infrared eyes are designed to see into such clouds. Either the cloud was immensely dense or something was wrong.

Investigating further using ground-based telescopes, astronomers found the same story however they looked: this patch looks black not because it is a dense pocket of gas but because it is truly empty. Something has blown a hole right through the cloud. “No-one has ever seen a hole like this,” says Tom Megeath, of the University of Toledo, USA. “It’s as surprising as knowing you have worms tunnelling under your lawn, but finding one morning that they have created a huge, yawning pit.”

The astronomers think that the hole must have been opened when the narrow jets of gas from some of the young stars in the region punctured the sheet of dust and gas that forms NGC 1999. The powerful radiation from a nearby mature star may also have helped to clear the hole. Whatever the precise chain of events, it could be an important glimpse into the way newborn stars disperse their birth clouds.