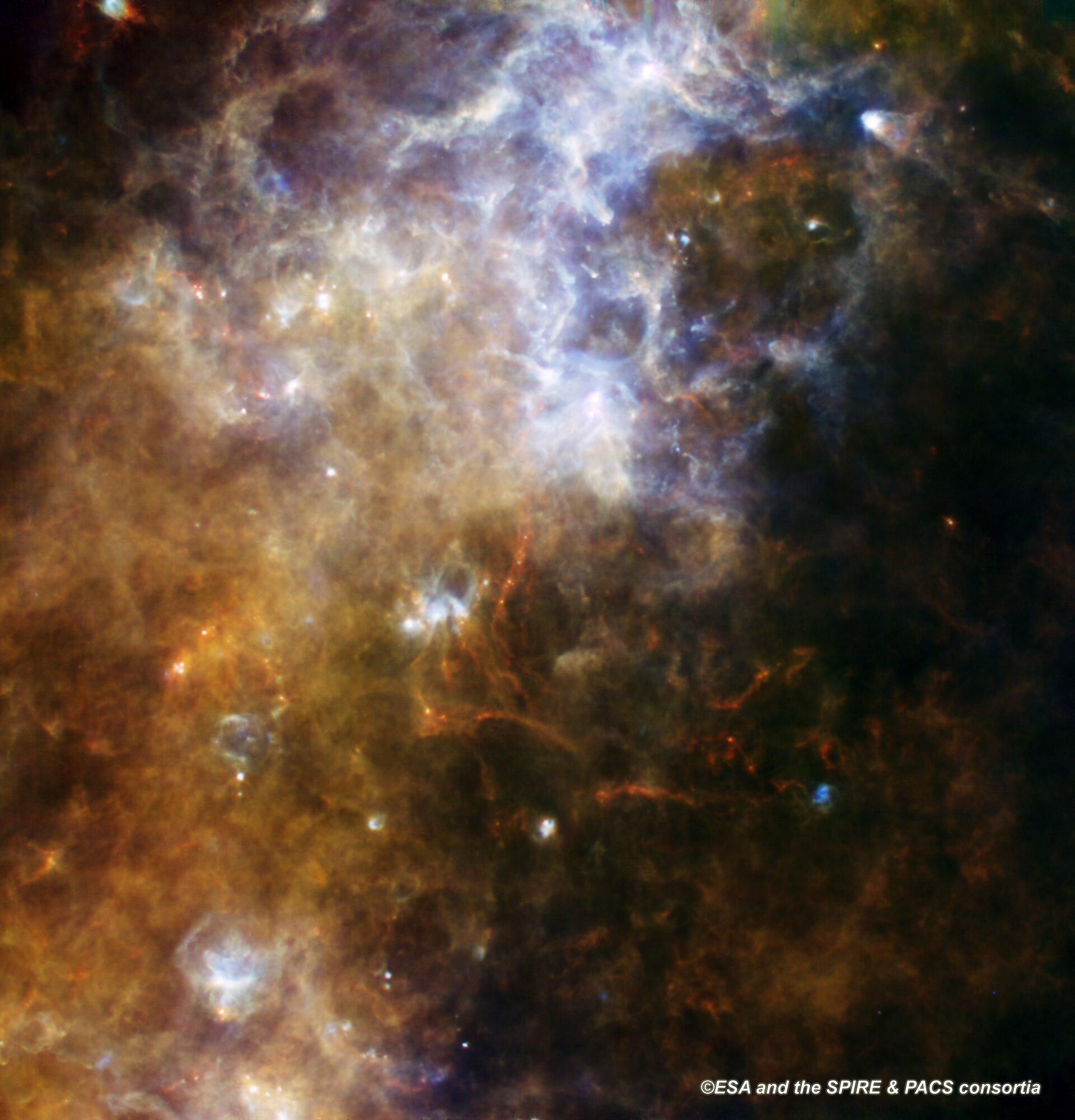 Herschel has delivered spectacular vistas of cold gas clouds lying near the plane of the Milky Way, revealing intense, unexpected activity. The dark, cool region is dotted with stellar factories, like pearls on a cosmic string.

On 3 September, Herschel aimed its telescope at a reservoir of cold gas in the constellation of the Southern Cross near the Galactic Plane. As the telescope scanned the sky, the spacecraft’s Spectral and Photometric Imaging REceiver, SPIRE, and Photoconductor Array Camera and Spectrometer, PACS instruments snapped the pictures. The region is located about 60° from the Galactic Centre, thousands of light-years from Earth.

The images reveal structure in cold material in our Galaxy, as we have never seen it before, and even before a detailed analysis, scientists have gleaned information on the quantity of the material, its mass, temperature, composition and whether it is collapsing to form new stars.