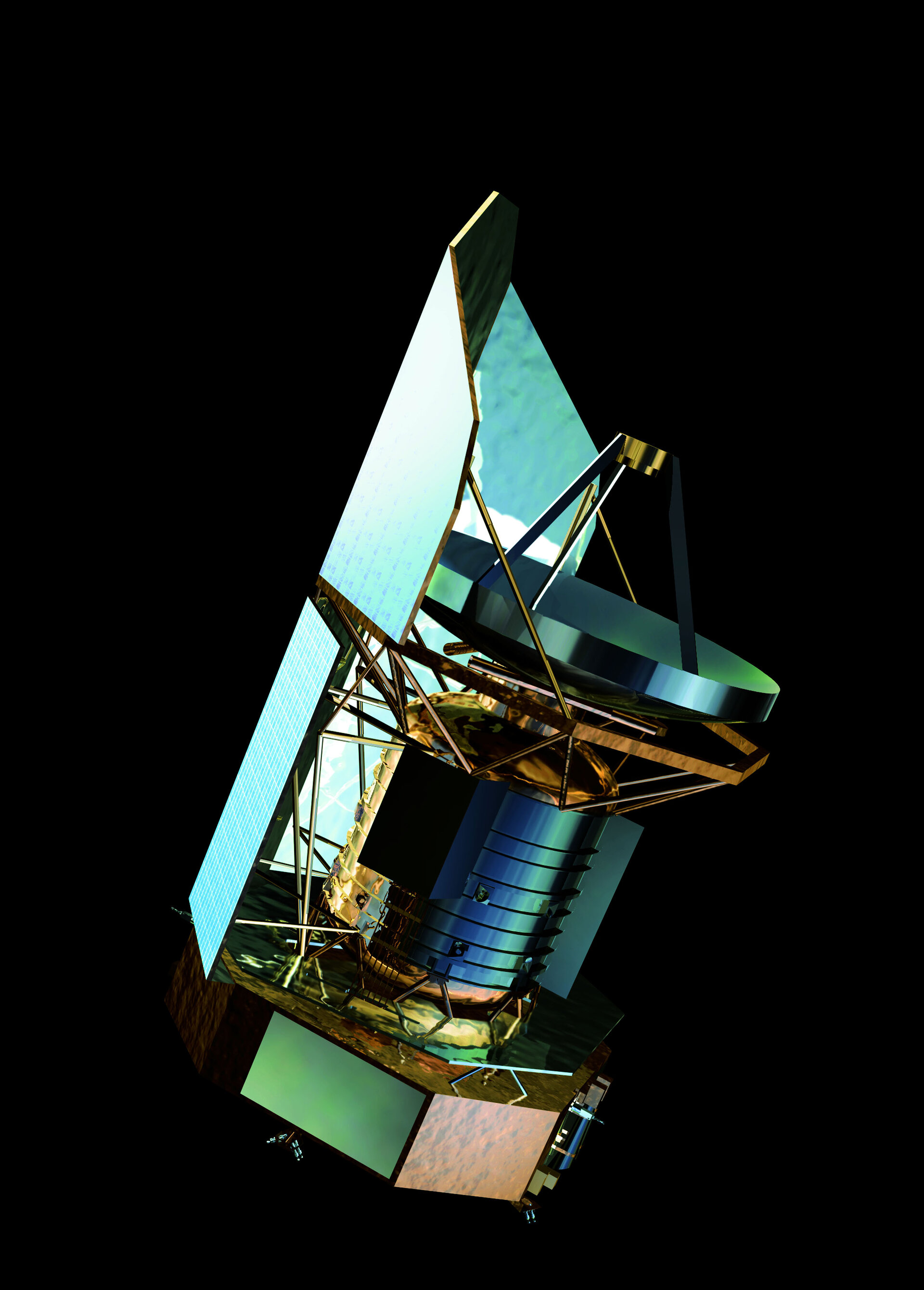 Scientists have caught a valuable glimpse of the infrared sky with telescopes such as ESA’s pioneering ISO, but now they want more.

They are eagerly awaiting the launch of the first ‘space giant’, ESA’s Herschel space observatory.

We have only been able to send infrared telescopes into orbit around the Earth since the early 1980s. The first of these satellites, the US/Dutch/British IRAS satellite detected about 350 000 infrared sources, increasing the number of catalogued astronomical sources by about 70%.

This was followed by ESA's Infrared Space Observatory (ISO) which was at the time the most sensitive infrared satellite ever launched. ISO operated until 1998 and made particularly important studies of the dusty regions of the Universe. It revealed very cool objects and processes that become visible only in the infrared, and that had never been seen before by astronomers.

One of the important areas of study in the infrared is the observation of very distant objects, objects that existed when the Universe was much younger than it is now. This is a largely unexplored field, mainly because the size of the mirrors used in infrared space telescopes has so far been limited.

Due for launch around 2007, Herschel will be the largest space telescope of its kind and marks the beginning of a new generation of 'space giants'.

The huge mirror is being built by Astrium and it is an important technological challenge for space engineers: it must be as light as possible, but also strong enough to withstand the stresses of the launch. Made from silicon carbide, it will weigh only 200 kilograms (the whole spacecraft itself will weigh about 3.3 tons).

No other infrared space telescope will have reached as far back in distance and time as Herschel. Astronomers hope to be able to study the first population of galaxies and stars in the Universe, which remain invisible to non-infrared telescopes because of the dust hiding them.