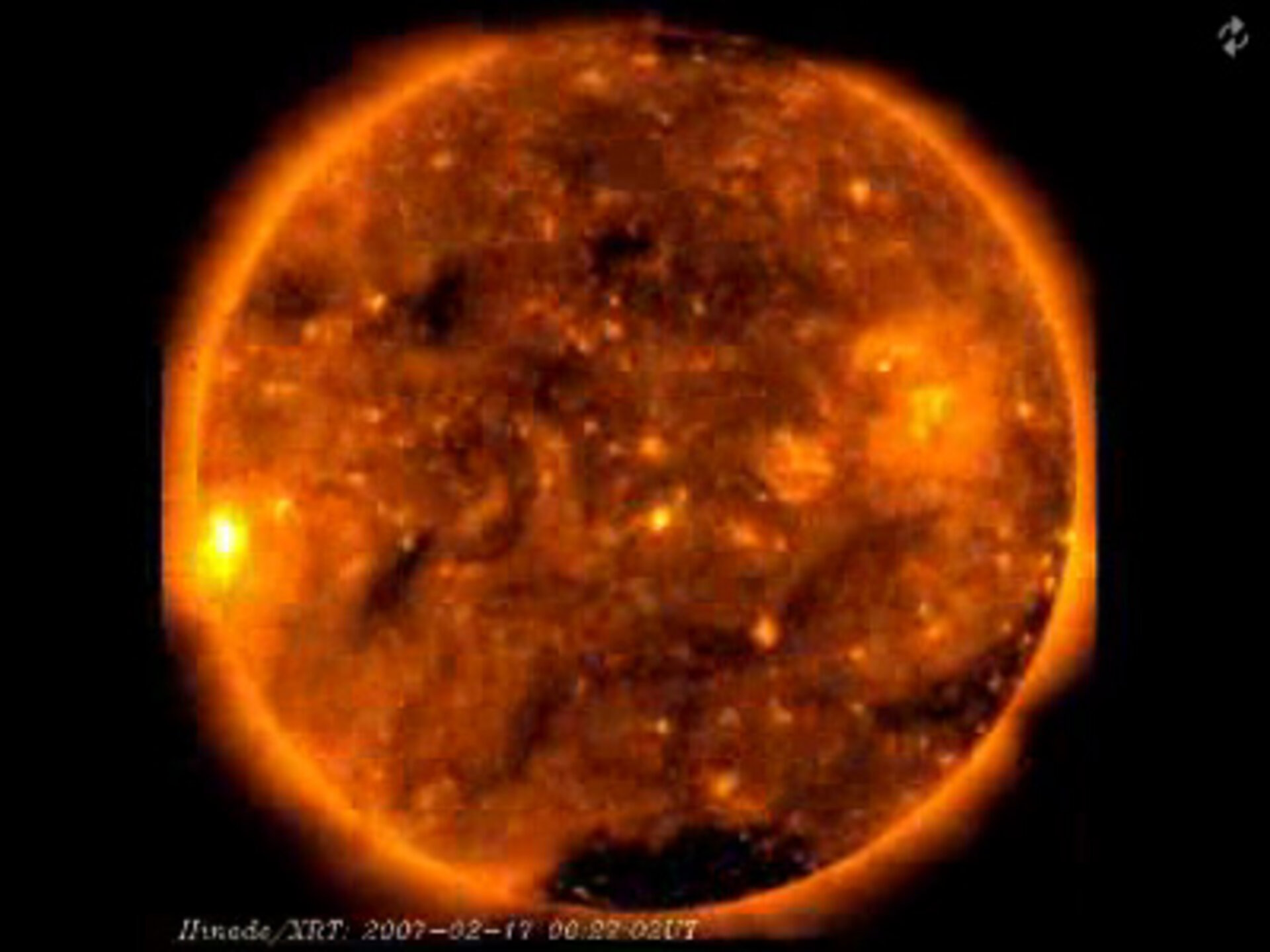 Since 27 May, Europe’s scientists have free access to spectacular data and images from Hinode, a Japan-led mission with ESA participation that studies the mechanisms that power the Sun’s atmosphere and cause violent eruptions.

This free access is now possible thanks to the opening of the Hinode Science Data Centre in Norway, developed and run by the Institute of Theoretical Astrophysics at the University of Oslo on behalf of ESA and the Norwegian Space Centre. It is part of ESA and Norway’s joint contribution to this solar mission.

“Our European solar science community is extremely strong. We have several space missions with ESA leadership, or strong European participation, which are producing outstanding results about the Sun and its interaction with the planetary environment,” says Bernhard Fleck, ESA’s SOHO and Hinode Project Scientist.

“When ESA, in a joint venture with Norway, decided to contribute to Hinode, it was to broaden the possibilities for European scientists to participate in this exciting new mission and at the same time increase the science possibilities for the worldwide scientific community,” he continues.

In exchange for ESA’s and Norway’s contribution to the mission, European scientists have been guaranteed free access to the Hinode data by the Japan Aerospace Exploration Agency (JAXA).

“No doubt European scientists will make great use of this data and will produce excellent new science about our daylight star,” concludes Fleck.

The quality of data now available through the Hinode Science Data Centre can be appreciated in spectacular movies of the Sun, obtained by the XRT X-ray telescope on board, made public on 27 May by the National Astronomical Observatory of Japan (NAOJ).

The first X-ray movie was obtained between January and April 2007. It shows the medium-term evolution of the dynamic solar corona. The corona is a portion of the solar atmosphere that extends for millions of kilometres into space and is much hotter than the solar surface – a puzzle still not completely understood by scientists.

The second movie, obtained on 16 March 2007, provides a close-up view of X-ray-bright points in what is believed to be a quiet region of the Sun’s surface. The high resolution of the XRT instrument helped scientists see that these X-ray-bright points – widely distributed - are actually ‘loop’ structures demonstrating intense activity.

“Data like this, being gathered by Hinode since it started operating in October 2006, is a treasure chest for our scientists,” says Stein Vidar Hagfors Haugan, Executive Director of the data centre. “With the archiving system developed in our data centre, innovative in terms of contextual searching capability and speed, we believe we are providing a great contribution to maximising the scientific return of this new exciting mission.”

Hinode is a Japanese mission developed and launched by ISAS/JAXA, with NAOJ as domestic partner and NASA and STFC (former PPARC, UK) as international partners. It is operated by these agencies in co-operation with ESA and the Norwegian Space Centre.