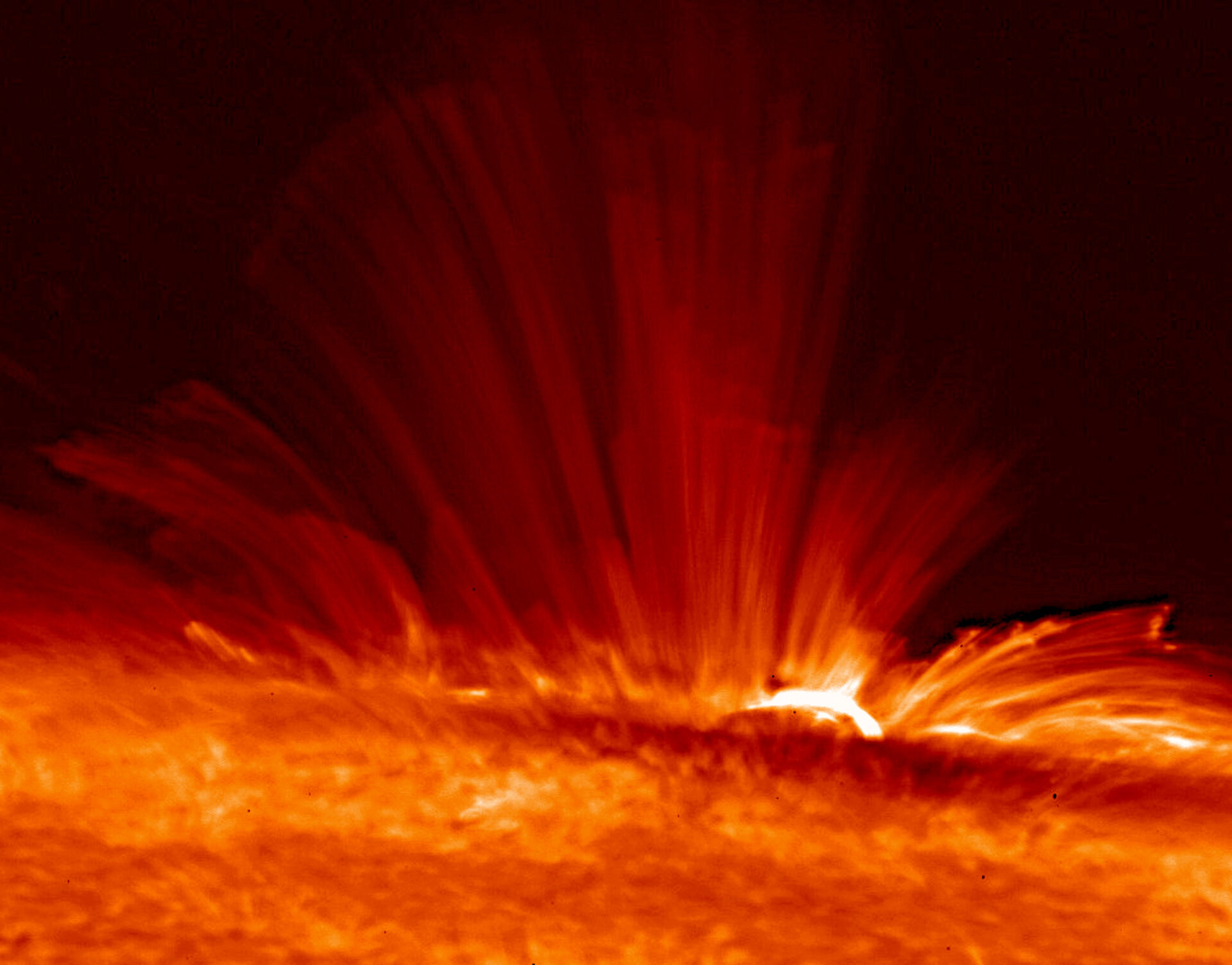 Hinode, the newest solar observatory on the space scene, has obtained never-before-seen images showing that the sun's magnetic field is much more turbulent and dynamic than previously known.

Hinode, Japanese for 'sunrise', was launched on 23 September 2006 to study the sun's magnetic field and how its explosive energy propagates through the different layers of the solar atmosphere.

"For the first time, we are now able to make out tiny granules of hot gas that rise and fall in the sun's magnified atmosphere," said Dick Fisher, director of NASA's Heliophysics Division. "These images will open up a new era of study on some of the sun's processes that affect Earth, astronauts, orbiting satellites and the solar system."

Hinode's three primary instruments, the Solar Optical Telescope, the X-ray Telescope and the Extreme Ultraviolet Imaging Spectrometer, are observing the different layers of the sun. Studies focus on the solar atmosphere from the photosphere - the visible surface of the sun, to the corona - the outer atmosphere that extends outward into the solar system.

Thanks to coordinated measurements from the three instruments, Hinode is already showing how changes in the structure of the magnetic field and the release of magnetic energy in the low atmosphere spread outward through the corona and into interplanetary space.

"The release of magnetic energy is at the base of space weather," says Bernhard Fleck, ESA's SOHO and Hinode Project Scientist. "Complementing the SOHO data with those of Hinode will allow us to improve our understanding of the violent processes on the Sun that drive space storms. The synergies between the two missions will clearly boost our space weather forecasting capabilities."

Space weather involves the production of energetic particles and the emissions of electromagnetic radiation. These bursts of energy can black out long-distance communications over entire continents and disrupt the global navigational system.

"Hinode images are revealing irrefutable evidence for the presence of turbulence-driven processes that are bringing magnetic fields, on all scales, to the sun's surface, resulting in an extremely dynamic chromosphere or gaseous envelope around the sun," said Alan Title, a corporate senior fellow at Lockheed Martin, Palo Alto, California, and consulting professor of physics at Stanford University, Stanford, California.

As a result of the ESA/Norway participation in Hinode, scientists from ESA's member states will be given access to the satellite's data. These will be accessible via the European Solar-B Data Centre, which is being built at the Institute of Theoretical Astrophysics at the University of Oslo.