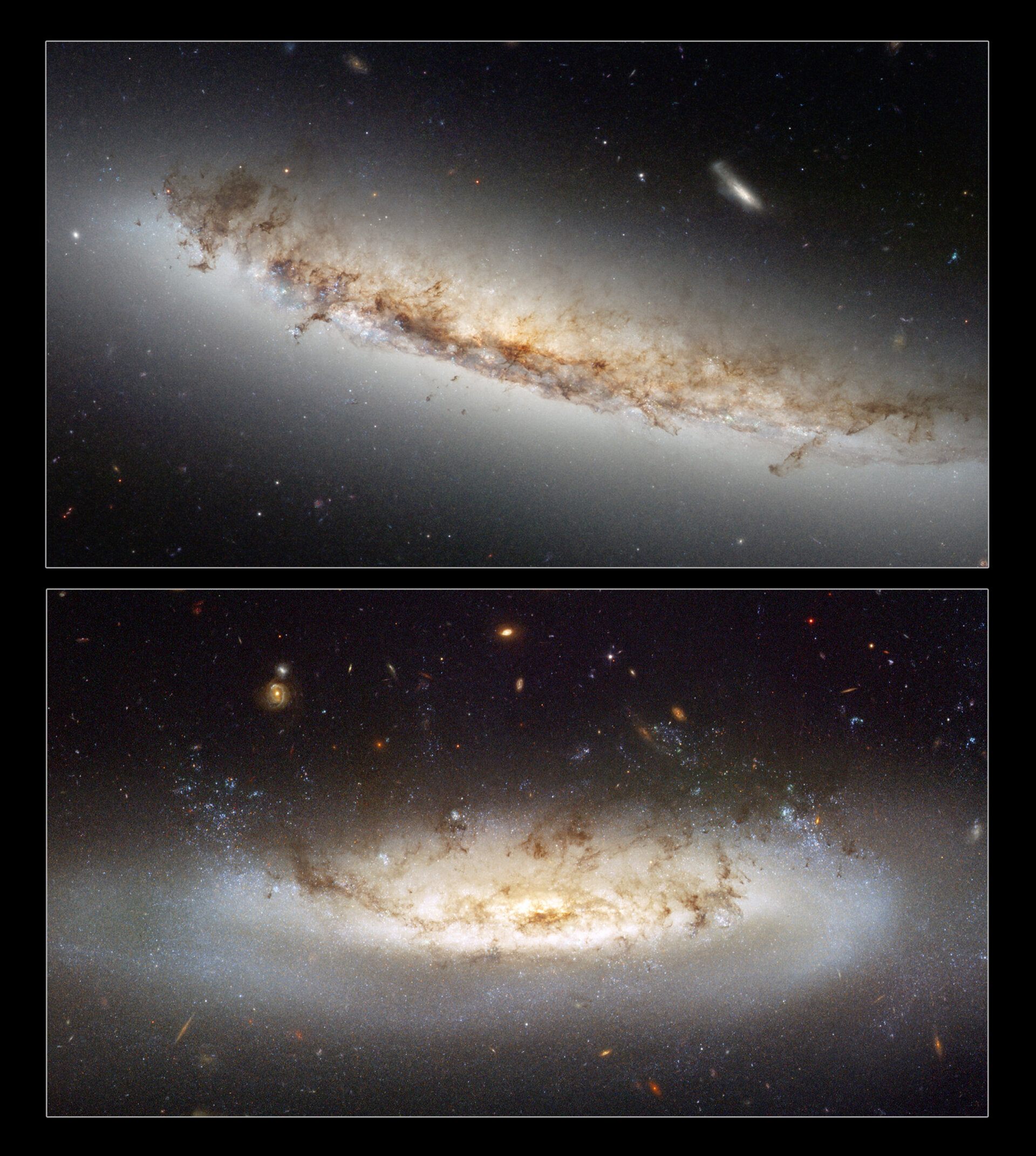 Newly released images, taken by the Hubble Space Telescope before the recent Servicing Mission, highlight the ongoing drama in two galaxies in the Virgo Cluster affected by a process known as ‘ram pressure stripping’, which can result in peculiar-looking galaxies.

Ram pressure is the drag force that results when something moves through a fluid - much like the wind you feel in your face when bicycling, even on a still day - and occurs in this context as galaxies orbiting about the centre of the cluster move through the intra-cluster medium, which then sweeps out gas from within the galaxies.

The spiral galaxy NGC 4522 is located some 60 million light-years from Earth and it is a spectacular example of a spiral galaxy currently being stripped of its gas content.

Part of the Virgo galaxy cluster, its rapid motion within the cluster results in strong winds across the galaxy as the gas within is left behind. Scientists estimate that the galaxy is moving at more than 10 million kilometres per hour. A number of newly formed star clusters that developed in the stripped gas can be seen in the Hubble image.

Even though this is a still image, Hubble's view of NGC 4522 practically swirls off the page with apparent movement. It highlights the dramatic state of the galaxy, with a vivid view of the gas being forced out of it. Bright blue pockets of star formation can be seen to the right and left of centre. The image is sufficiently deep to show distant background galaxies.

The image of NGC 4402 also highlights some telltale signs of ram pressure stripping such as the curved, or convex, appearance of the disc of gas and dust, a result of the forces exerted by the heated gas. Light being emitted by the disc backlights the swirling dust that is being swept out by the gas.

Studying ram pressure stripping helps astronomers better understand the mechanisms that drive the evolution of galaxies, and how the rate of star formation is suppressed in very dense regions of the Universe like clusters.

Both images were taken by the Advanced Camera for Surveys on Hubble before it suffered a power failure in 2007. Astronauts on Servicing Mission 4 in May 2009 were able to restore ACS during their 13-day mission.