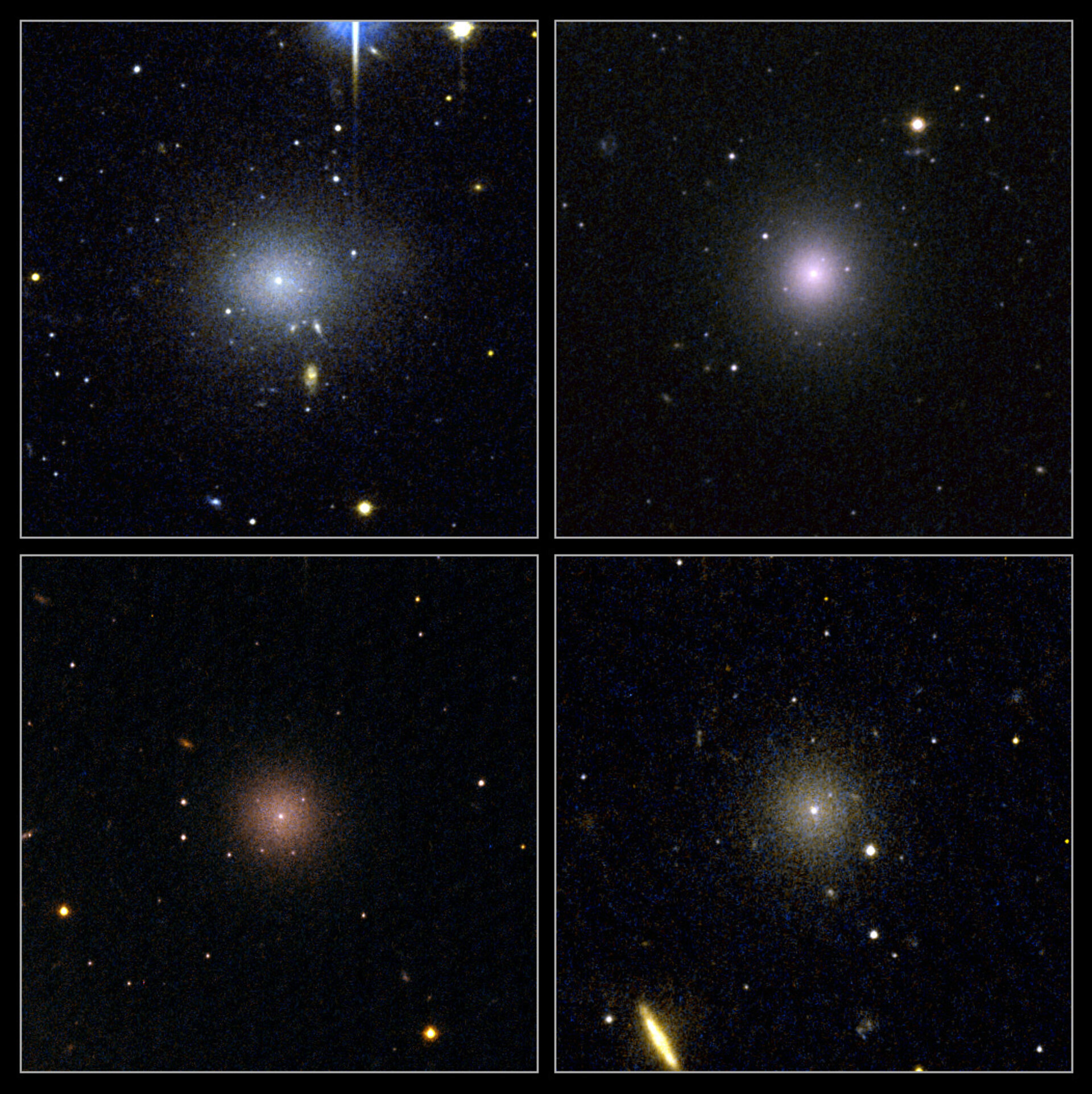 The NASA/ESA Hubble Space Telescope has uncovered a strong new line of evidence that galaxies are embedded in halos of dark matter.

Peering into the tumultuous heart of the nearby Perseus galaxy cluster, Hubble discovered a large population of small galaxies that have remained intact while larger galaxies around them are being ripped apart by the gravitational tug of other galaxies.

The Hubble images provide further evidence that the undisturbed galaxies are enshrouded by a 'cushion' of dark matter that protects them from their rough-and-tumble neighbourhood.

Dark matter is an invisible form of matter that accounts for most of the Universe's mass. Astronomers have deduced the existence of dark matter by observing its gravitational influence on normal matter, such as stars, gas and dust.

"We were surprised to find so many dwarf galaxies in the core of this cluster that were so smooth and round and had no evidence at all of any kind of disturbance," says astronomer Christopher Conselice of the University of Nottingham, UK, leader of the team that made the Hubble observations. "These dwarfs are very old galaxies that have been in the cluster for a long time. So if something was going to disrupt them, it would have happened by now. They must be very, very dark-matter-dominated galaxies."

The dwarf galaxies may have an even higher amount of dark matter than spiral galaxies. "With these results, we cannot say whether the dark matter content of the dwarfs is higher than in the Milky Way Galaxy," Conselice says. "Although, the fact that spiral galaxies are destroyed in clusters, while the dwarfs are not, suggests that this is indeed the case."

First proposed about 80 years ago by Swiss astronomer Fritz Zwicky, dark matter is thought to be the glue that holds galaxies together. Astronomers suggest that dark matter provides a vital scaffolding for the Universe, forming a framework for the formation of galaxies through gravitational attraction.

Observations by Hubble's Advanced Camera for Surveys spotted 29 dwarf elliptical galaxies in the Perseus Cluster, located 250 million light-years away and one of the closest galaxy clusters to Earth. Of these galaxies, 17 are new discoveries.

Because dark matter cannot be seen, astronomers detected its presence through indirect evidence. The most common method is by measuring the velocities of individual stars or groups of stars as they move randomly in the galaxy or as they rotate around the galaxy.

The Perseus Cluster is too far away for telescopes to resolve individual stars and measure their motions. So Conselice and his team derived a new technique for uncovering dark matter in these dwarf galaxies by determining the minimum additional mass contribution from dark matter that the dwarfs must have to protect them from being disrupted by the strong, tidal pull of gravity from larger galaxies.

Studying these small galaxies in detail was possible only because of the sharpness of Hubble's Advanced Camera for Surveys. Conselice and his team first spied the galaxies with the WIYN Telescope at Kitt Peak National Observatory (owned and operated by the WIYN Consortium, which consists of the University of Wisconsin, Indiana University, Yale University, and the National Optical Astronomy Observatory). These observations, Conselice says, only hinted that many of the galaxies were smooth and therefore dark matter dominated. "Those ground-based observations could not resolve the galaxies, so we needed Hubble imaging to nail it," he says.

The Hubble results appeared in the 1 March issue of Monthly Notices of the Royal Astronomical Society.