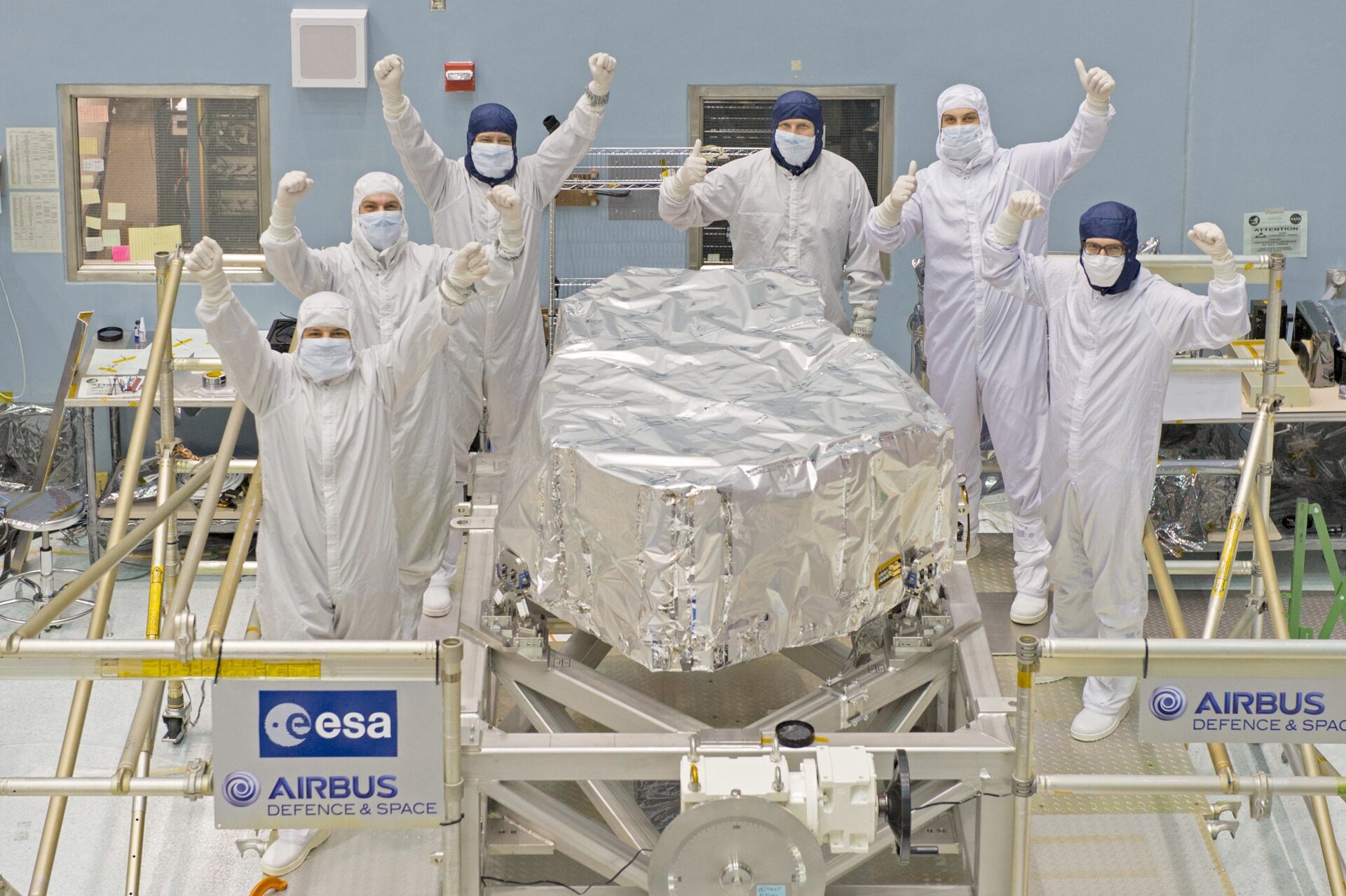 Key science elements of the James Webb Space Telescope have been upgraded ahead of the observatory’s launch in 2018.

The telescope, also known as JWST, is a joint project of NASA, ESA and the Canadian Space Agency. It carries a 6.5 m-diameter telescope and four state-of-the-art science instruments optimised for infrared observations. Europe has led the development of two of the instruments.

As a general-purpose observatory, it will tackle a wide range of topics, including detecting the first galaxies in the Universe and following their evolution over cosmic time, witnessing the birth of new stars and their planetary systems, and studying planets in our Solar System and around other stars.

Installation of the four instruments in the telescope’s Integrated Science Instrument Module, or ISIM, was completed last April. Since then, the module has undergone extensive testing to ensure it can withstand the stresses of launch and operation in space.

A critical part of this process saw the instruments complete cryogenic testing in a round-the-clock campaign running for 116 days last summer.

Following the campaign, several months were dedicated to replacing key components of some of the instruments already known to require additional work before the next stages.

Europe’s ‘NIRSpec’, the near-infrared multi-object spectrograph, was one of the instruments upgraded. NIRSpec will split infrared light from distant stars and galaxies into its colour components – a spectrum – providing scientists with vital information on their chemical composition, age and distance.

The first generation of JWST’s highly sensitive near-infrared detectors were found to suffer from a design flaw that resulted in a progressive degradation of their performance. New detectors have now been installed in all three near-infrared instruments.

“Excellent detectors are crucial to the outstanding instrument performance needed when you want to look at the extremely distant and faint early stars and galaxies that formed when our Universe was still young, and the new detectors secure this top priority of NIRSpec and JWST,” says Pierre Ferruit, ESA’s JWST project scientist.

Another crucial component of NIRSpec are its microshutter arrays, a new technology developed for JWST by NASA.

One of the defining and pioneering features of NIRSpec is its ability to analyse the light from more than 100 astronomical objects at the same time. This is made possible by an assembly of four microshutter arrays, totalling almost a quarter of a million individual shutters.

Armed with a pre-selected list of interesting targets, each shutter can be programmed to open or close individually. The light from the chosen targets passes through the selected open shutters before entering the next stage of the instrument, where it is split into a spectrum and projected onto the detectors for analysis.

But after testing in 2012 designed to simulate the extreme acoustic environment experienced during launch, it was discovered that several thousand microshutters in NIRSpec were jammed closed and could no longer open.

A thorough investigation performed with an engineering model of NIRSpec, including tests at NASA’s acoustic facility, found the root cause of the problem and new arrays were built.

The overall performance of the new microshutter assembly was found to be superior to the old system in many ways, and the delicate replacement operation was completed last month.

“In particular, the microshutters are very sensitive to material such as small polyester fibres that can get stuck inside and prevent them from fully closing.

“We just completed our final checks and we are now ready to install NIRSpec back in to the Module.”

“NIRSpec is in its final flight configuration,” adds Peter Jensen, ESA’s JWST project manager. “We have now completed the endeavour we started 11 years ago – it has not been easy, but through skill, persistence, and dedication, the team has made it.”

Later this year, the module and instruments will resume the extensive programme of environmental tests to reproduce the conditions endured during launch and in space. The module will later be integrated into the JWST observatory for full-scale cryogenic optical and system testing before launch on an Ariane 5 from Europe’s Spaceport in Kourou, French Guiana.

Read an in-depth report on the JWST test campaign here.

Read an in-depth report on the NIRSpec upgrade here.

The James Webb Space Telescope (JWST) is a general-purpose observatory with a 6.5 m-diameter telescope optimised for infrared observations and a suite of four astronomical instruments capable of addressing many of the outstanding issues in astronomy. The primary aim is to examine the first light in the Universe – those objects that formed shortly after the Big Bang. Further aims include looking at how galaxies form and the birth of stars, and the search for protoplanetary systems and the origin of life, including the study of exoplanets. JWST is a joint project of NASA, ESA and the Canadian Space Agency. It is scheduled for launch in 2018 on an Ariane 5 and will operate about 1.5 million kilometres from Earth in an orbit around the second Lagrange point of the Sun–Earth system, L2.