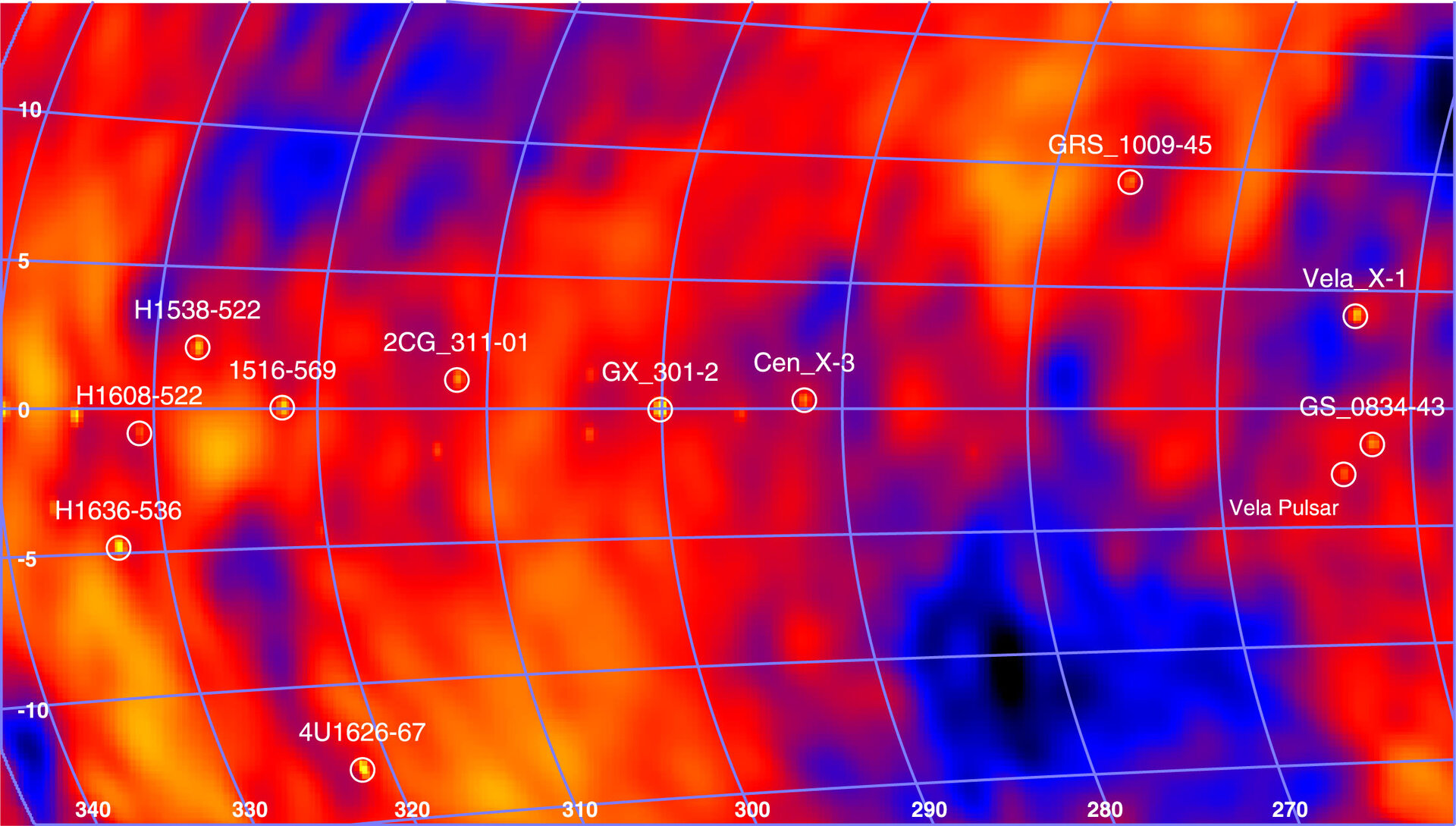 It is now poised to give astronomers their truest picture yet of recent changes in the Milky Way's chemical composition. At the same time, it has confirmed an 'anti-matter' mystery at the centre of the Galaxy.

Since its formation from a cloud of hydrogen and helium gas, around 12 000 million years ago, the Milky Way has gradually been enriched with heavier chemical elements. This has allowed planets and, indeed, life on Earth to form.

Today, one of those heavier elements - radioactive aluminium - is spread throughout the Galaxy and, as it decays into magnesium, gives out gamma rays with a wavelength known as the '1809 keV line.' Integral has been mapping this emission with the aim of understanding exactly what is producing all this aluminium.

In particular, Integral is looking at the aluminium 'hot spots' that dot the Galaxy to determine whether these are caused by individual celestial objects or the chance alignment of many objects.

To decide between these options, Integral is also mapping radioactive iron, which is only produced in supernovae. Theories suggest that, during a supernova blast, aluminium and iron should be produced together in the same region of the exploding star. Thus, if the iron's distribution coincides with that of the aluminium, it will prove that the overwhelming majority of aluminium comes indeed from supernovae.

These measurements are difficult and have not been possible so far, since the gamma-ray signature of radioactive iron is about six times fainter than that of the aluminium. However, as ESA's powerful Integral observatory accumulates more data in the course of the next year, it will finally be possible to reveal the signature of radioactive iron. This test will tell astronomers whether their theories of how elements form are correct.

In addition to these maps, Integral is also looking deeply into the centre of the Galaxy, to make the most detailed map ever of 'anti-matter' there.

Anti-matter is like a mirror image to normal matter and is produced during extremely energetic atomic processes: for example, the radioactive decay of aluminium. Its signature is known as the '511 keV line.' Even though Integral's observations are not yet complete, they show that there is too much antimatter in the centre of the Galaxy to be coming from aluminium decay alone. They also show clearly that there must be many sources of antimatter because it is not concentrated around a single point.

There are many possible sources for this anti-matter. As well as supernovae, old red stars and hot blue stars, there are jets from neutron stars and black holes, stellar flares, gamma-ray bursts and interaction between cosmic rays and the dusty gas clouds of interstellar space.

Chris Winkler, Integral's Project Scientist, says: "We have collected excellent data in the first few months of activity but we can and will do much more in the next year. Integral's accuracy and sensitivity have already exceeded our expectations and, in the months to come, we could get the answers to some of astronomy's most intriguing questions."

These and other preliminary results, plus a thorough description of the Integral spacecraft and mission are published this month in a dedicated issue of the journal Astronomy and Astrophysics.

At its 105th meeting on 6 October 2003, ESA's Science Programme Committee unanimously decided to extend the Integral mission until December 2008.

The International Gamma Ray Astrophysics Laboratory (Integral) is the first space observatory that can simultaneously observe celestial objects in gamma rays, X-rays and visible light. Integral was launched on a Russian Proton rocket on 17 October 2002 into a highly elliptical orbit around Earth. Its principal targets include regions of the Galaxy where chemical elements are being produced and compact objects, such as black holes.