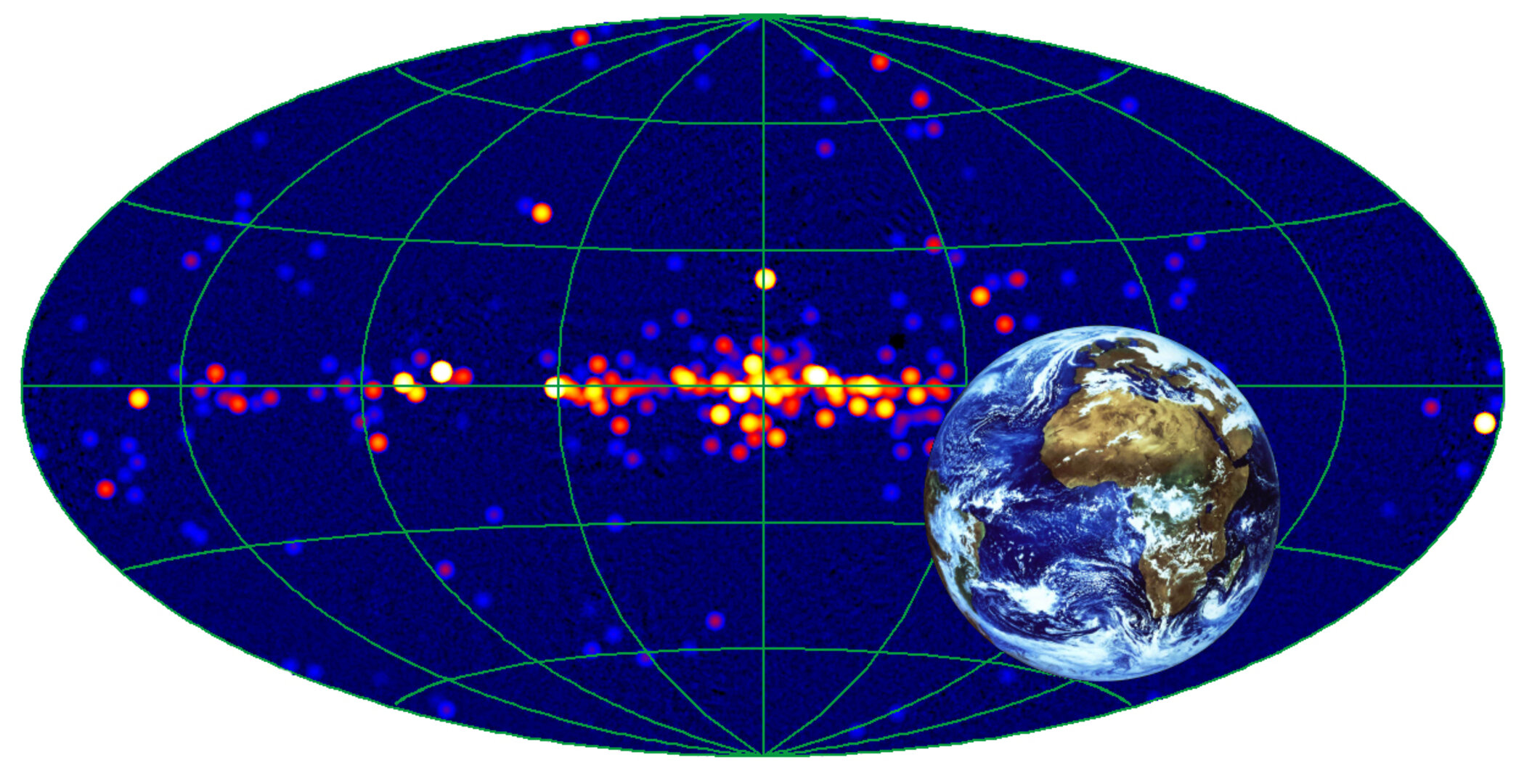 Astronomers using ESA's orbiting gamma-ray observatory, Integral, have taken an important step towards estimating how many black holes there are in the Universe.

An international team, led by Eugene Churazov and Rashid Sunyaev, Space Research Institute, Moscow, and involving scientists from all groups of the Integral consortium, used the Earth as a giant shield to watch the number of tell-tale gamma rays from the distant Universe dwindle to zero, as our planet blocked their view.

"Point Integral anywhere in space and it will measure gamma rays," says Pietro Ubertini from INAF, Italy, and Principal Investigator on Integral's gamma-ray imager. Most of those gamma rays do not come from nearby sources but from celestial objects so far away that they cannot yet be distinguished as individual sources. This distant gamma-ray emission creates a perpetual glow that bathes the Universe.

Most astronomers believe that the unseen objects are supermassive black holes, millions or billions of times heavier than the Sun and each sitting at the centre of a galaxy. As the black holes swallow matter, the swirling gases release X-rays and gamma rays. Accurately measuring the glow, known as the X-ray and gamma-ray background, is the first step towards calculating how many black holes are contributing to it and how far away in the Universe they are located.

The new Integral observations were made during January and February 2006 and provide highly accurate data on the gamma-ray background. The key to success was using the Earth as a shield.

Allowing the Earth to enter Integral's field of view goes against the standard set of nominal observations for the satellite, because the optical devices needed to determine the spacecraft’s attitude would be blinded by the bright Earth. So, this operation required remarkable efforts from the ISOC/MOC teams operating the mission, who had to rely on alternative spacecraft control mechanisms. But the risk was worth it: by measuring the decrease of the gamma-ray flux once the Earth had blocked Integral's view and by making a model of the Earth’s atmospheric emission, the astronomers precisely gauged the gamma-ray background.

Another bonus of the Integral observations is that the observatory's complementary instruments allowed the strength of both X-rays and gamma rays to be measured simultaneously. In the past, different satellites have had to measure the different energies of X-rays and gamma rays, leaving astronomers with the task of having to piece the results together like the pieces of a jigsaw puzzle.

It is not just the overall glow that Integral has seen. Before the satellite's launch, only a few dozen celestial objects were observed in gamma rays. Now Integral sees about 300 individual sources in our Galaxy and around 100 of the brightest supermassive black holes in other galaxies. These are the tip of the iceberg. Astronomers believe there are tens of millions of active black holes spread throughout space, all contributing to the gamma-ray background. From earlier observations in the softer X-ray band it is known that the soft background radiation is almost entirely populated by Active Galactic Nuclei (AGN). So it is highly likely that these objects are also responsible here at higher Integral energies, even if this is not proven yet.

The next step is for astronomers to programme computer models to calculate how the emission from this unseen population of black holes merges to give the observed glow. These computer models will predict the number and distance of the black holes, and provide insights into the way they behave at the centre of young, middle-aged and old galaxies. Meanwhile, the Integral team will continue to refine their measurements of the perplexing gamma-ray background.