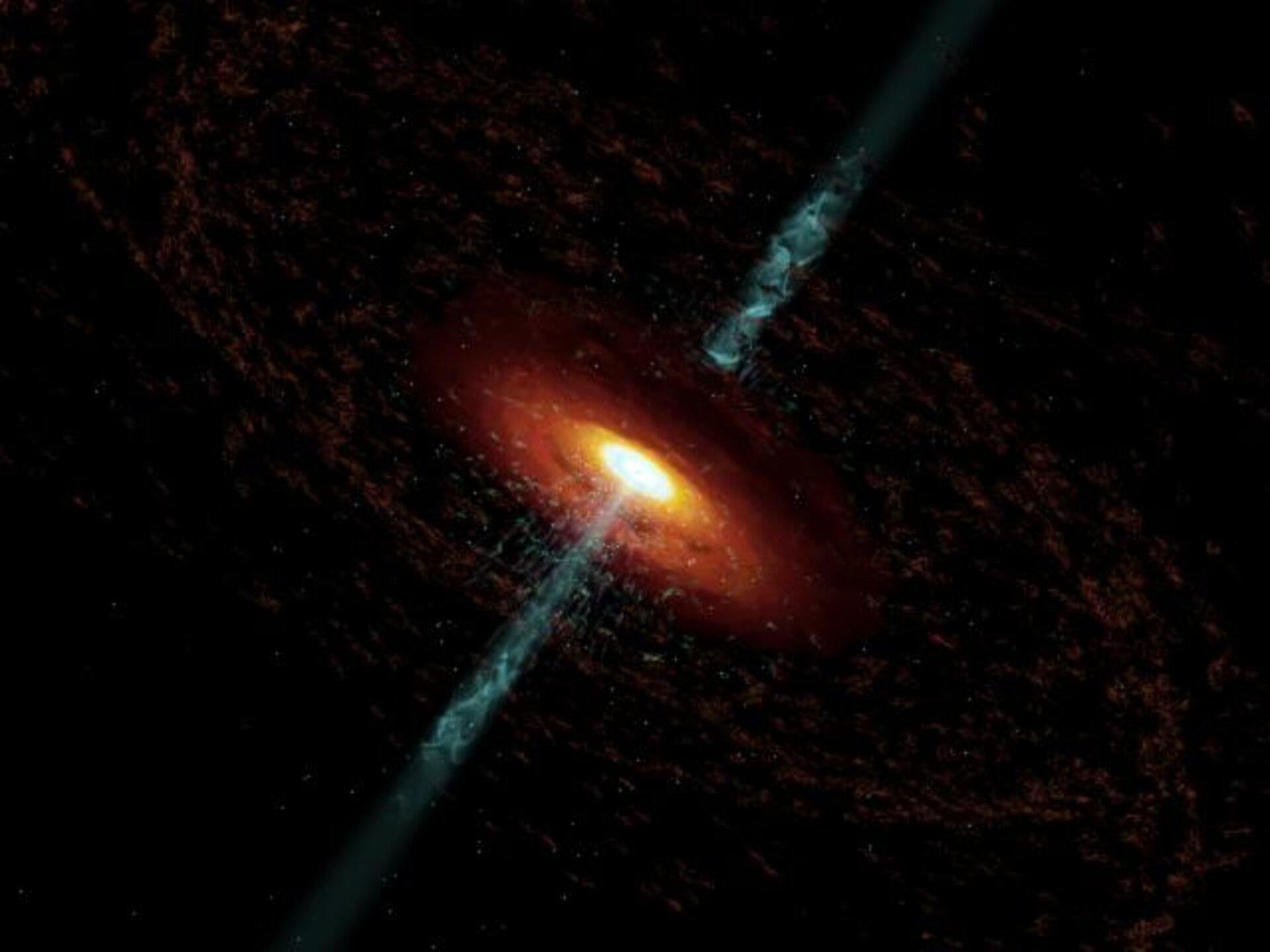 There is a gamma-ray lighthouse shining from the edge of our universe. Astronomers have discovered it using ESA’s orbiting gamma-ray observatory, Integral. Now, they must work hard to understand it.

The object, known only by its catalogue name IGR J22517+2218, was discovered this year, but its nature was unknown. This is not an unusual situation. Around 30% of the sources discovered by Integral remain unidentified so far. All astronomers know for certain, is that there are celestial sources out there, pumping gamma rays into space. However, the identification of the sources with individual celestial objects will have to wait for more detailed observations in other wavelengths.

In fact, this was the case for IGR J22517+2218. It came as a surprise when NASA’s Swift satellite recorded the object in X-rays, giving its position within much more precision than can be achieved in gamma-rays. IGR J22517+2218 was identified with the already known active galaxy MG3 J225155+2217. This galaxy is so distant that it is the furthest celestial object ever to be recorded by Integral.

All active galaxies are powered by supermassive black holes. These celestial monsters contain between a million and several thousand million times the mass of the Sun.

They generate a gravitational field so large that they swallow any matter passing nearby, releasing enormous amounts of energy in the process. In the case of IGR J22517+2218, the Integral observations show that it is a gargantuan powerhouse, throwing out stupendous quantities of gamma rays.

“It is gobbling up an entire solar system every few days and hurling the energy out in gamma-rays,” says Loredana Bassani, IASF-Bologna/INAF, Italy, who together with colleagues has investigated this distant galaxy.

The Integral observations show that the galaxy is one of a special kind of active galaxy, known as a blazar. These are the most energetic of the active galaxies. However, the Integral data does show some curiosities.

“This is a very peculiar object. We have been able to classify it as a blazar but it has some strange characteristics,” says Bassani.

Blazars tend to have two major peaks of emission. In objects similar to IGR J22517+2218, one peak occurs in infrared wavelengths and is produced by the radiation given off by electrons spiralling around the magnetic field lines. The other peak occurs at high-energy gamma-ray wavelengths and is produced by those same electrons colliding with photons of light.

Either way, when the team can work out what this means, it will doubtlessly tell them a lot about active galaxies, and blazars in particular. “Whatever we discover, this object will stretch our understanding of the blazars,” says Bassani.

The team hope to continue observing this object at all wavelengths in an effort to build up a full picture of the radiation given out by this celestial object. In this way, they will be able to piece together the manner in which the supermassive black hole at the heart of IGR J22517+2218 is devouring its surroundings.