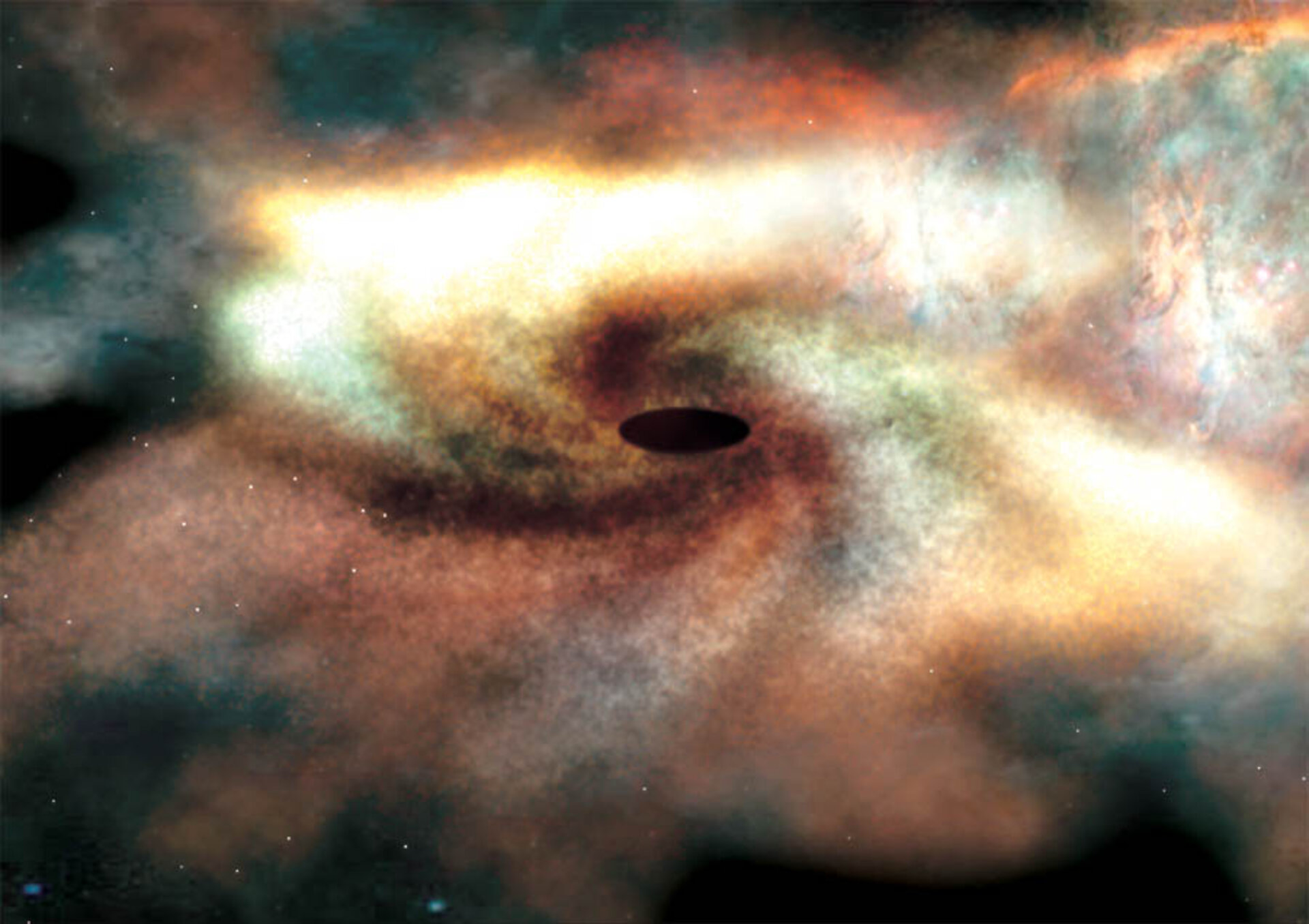 A giant black hole is quite probably lurking at the centre of most galaxies, including our own Milky Way.

From observations at radio and infrared wavelengths, astronomers know that the heart of our galaxy is a site of violent activity. At gamma-ray energies, its behaviour is even more extreme.

Arching up from the centre of the galaxy is what appears to be an enormous cloud of anti-matter. It is glowing brightly with gamma rays, created as the antimatter annihilates its normal matter counterparts. Integral will pursue this investigation into the astrophysical processes at work near the heart of the Milky Way.

The violence in the centre of some other galaxies can be even more dramatic. Such a place is called an Active Galactic Nucleus (AGN) and there are various types. Regardless of their classification, however, all AGNs emit a wide range of radiation that varies in intensity over timescales ranging from a fraction of a day to several months.

Most astronomers now believe that it is matter falling into a very massive central black hole that powers an AGN. High-energy emission, in the form of gamma rays and X-rays, is generated as the matter swirls around the black hole in a disc, waiting to be pulled inwards. Narrow jets of matter shoot away from the black hole but how these jets are formed and what makes them so narrow is still not understood.

There are AGNs so bright that they outshine their host galaxy. These are known as quasars and are some of the most luminous objects in the Universe. However, they are difficult to observe because most of them are millions of light years away.

Integral will be the best-equipped satellite to study these celestial powerhouses, peering into their hearts to unlock the secrets of how they formed.