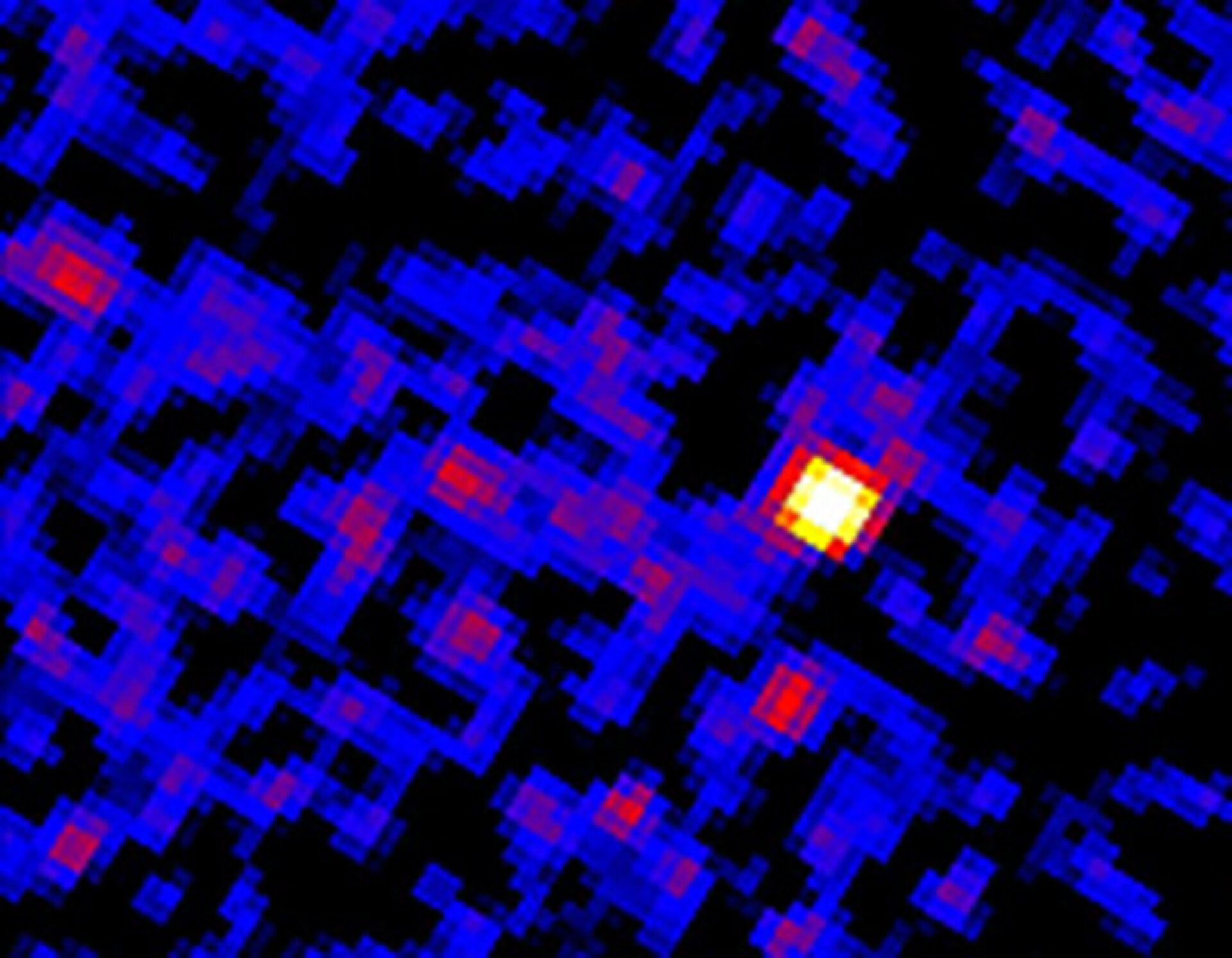 ESA's gamma ray observatory Integral has caught the centre of our galaxy in a moment of rare quiet. A handful of the most energetic high-energy sources surrounding the black hole at the centre of the Galaxy had all faded into a temporary silence when Integral looked.

This unusual event is allowing astronomers to probe for even fainter objects and may give them a glimpse of matter disappearing into the massive black hole at the centre of our galaxy.

The Galactic centre is one of the most dynamic places in our Galaxy. It is thought to be home to a gigantic black hole, called Sagittarius A* (pronounced 'A star'). Since the beginning of the Integral mission, ESA's gamma ray observatory has allowed astronomers to keep watch on this ever-changing environment.

Integral has discovered many new sources of high-energy radiation near the galactic centre. From February 2005, Integral began to regularly monitor the centre of the Galaxy, and its immediate environment, known as the Galactic bulge.

X-ray binaries are made up of two stars in orbit around one another. One star is a relatively normal star; the other is a collapsed star, such as a white dwarf, neutron star or even a black hole. If the stars are close enough together, the strong gravity of the collapsed star can pull off gaseous material from the normal star. As this gas spirals down around the collapsed star, it is heated to over a million degrees centigrade and this causes it to emit high energy X-rays and gamma rays. The amount of gas falling from one star to the other determines the brightness of the X-ray and gamma-ray emission.

According to the Integral observations in April 2006, the high-energy rays from about ten sources closest to the galactic centre all faded temporarily. Kuulkers excludes the possibility that a mysterious external force is acting on all the objects to drive them into quiescence. "All the sources are variable and it was just by accident or sheer luck that they had turned off during that observation," he says with a smile.

The fortuitous dimming allows astronomers to set new limits on how faint these X-ray binaries can become. It also allows a number of new investigations to be undertaken with the data.

Integral's Galactic bulge monitoring programme will continue throughout this year. The data is made available, within a day or two of being collected, to the scientific community via the Internet from a dedicated webpage at the Integral Science Data Centre (IDSC), Geneva, Switzerland. This way, anyone interested in specific sources can watch for interesting changes and trigger follow up observations with other telescopes in good time.

The findings are accepted for publication in the Astronomy & Astrophysics magazine, in the article titled: "The INTEGRAL Galactic bulge monitoring program: the first 1.5 years", by E.Kuulkers et al.