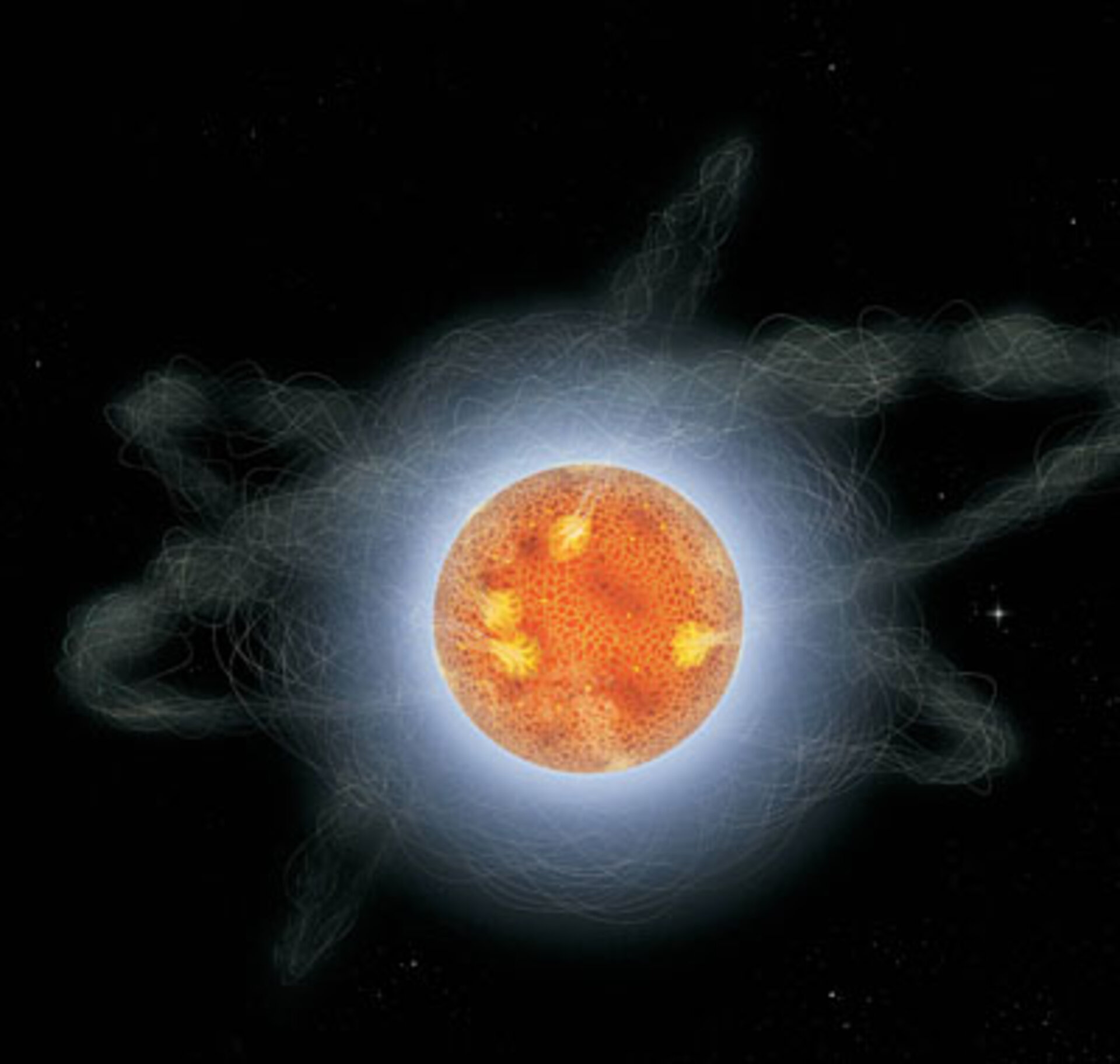 X-ray and gamma-ray data from ESA’s XMM-Newton and Integral orbiting observatories has been used to test, for the first time, the physical processes that make magnetars, an atypical class of neutron stars, shine in X-rays.

Neutron stars are remnants of massive stars (10-50 times as massive as our Sun) that have collapsed on to themselves under their own weight. Made almost entirely of neutrons (subatomic particles with no electric charge), these stellar corpses concentrate more than the mass of our Sun within a sphere about 20 km in diameter.

They are so compact that a teaspoon of neutron star stuff would weigh about one hundred million tons.

They are so compact that a teaspoon of neutron star stuff would weigh about one hundred million tons. Two other physical properties characterise a neutron star: their fast rotation and strong magnetic field.

So far, about 15 magnetars have been found. Five of them are known as soft gamma repeaters, or SGRs, because they sporadically release large, short bursts (lasting about 0.1 s) of low energy (soft) gamma rays and hard X-rays. The rest, about 10, are associated with anomalous X-ray pulsars, or AXPs. Although SGRs and AXPs were first thought to be different objects, we now know that they share many properties and that their activity is sustained by their strong magnetic fields.

Magnetars are different from ‘ordinary’ neutron stars because their internal magnetic field is thought to be strong enough to twist the stellar crust. Like in a circuit fed by a gigantic battery, this twist produces currents in the form of electron clouds which flow around the star. These currents interact with the radiation coming from the stellar surface, producing the X-rays.

Until now, scientists could not test their predictions, because it is not possible to produce such ultra-strong magnetic fields in laboratories on Earth.

To understand this phenomenon, a team led by Dr Nanda Rea from the University of Amsterdam used XMM-Newton and Integral data to search for these dense electron clouds around all known magnetars, for the first time.

Rea’s team found evidence that large electron currents do actually exist, and were able to measure the electron density which is a thousand times stronger than in a ‘normal’ pulsar. They have also measured the typical velocity at which the electron currents flow. With it, scientists have now established a link between an observed phenomenon and an actual physical process, an important clue in the puzzle of understanding these celestial objects.

The team is now working hard to develop and test more detailed models on the same line, to fully understand the behaviour of matter under the influence of such strong magnetic fields.