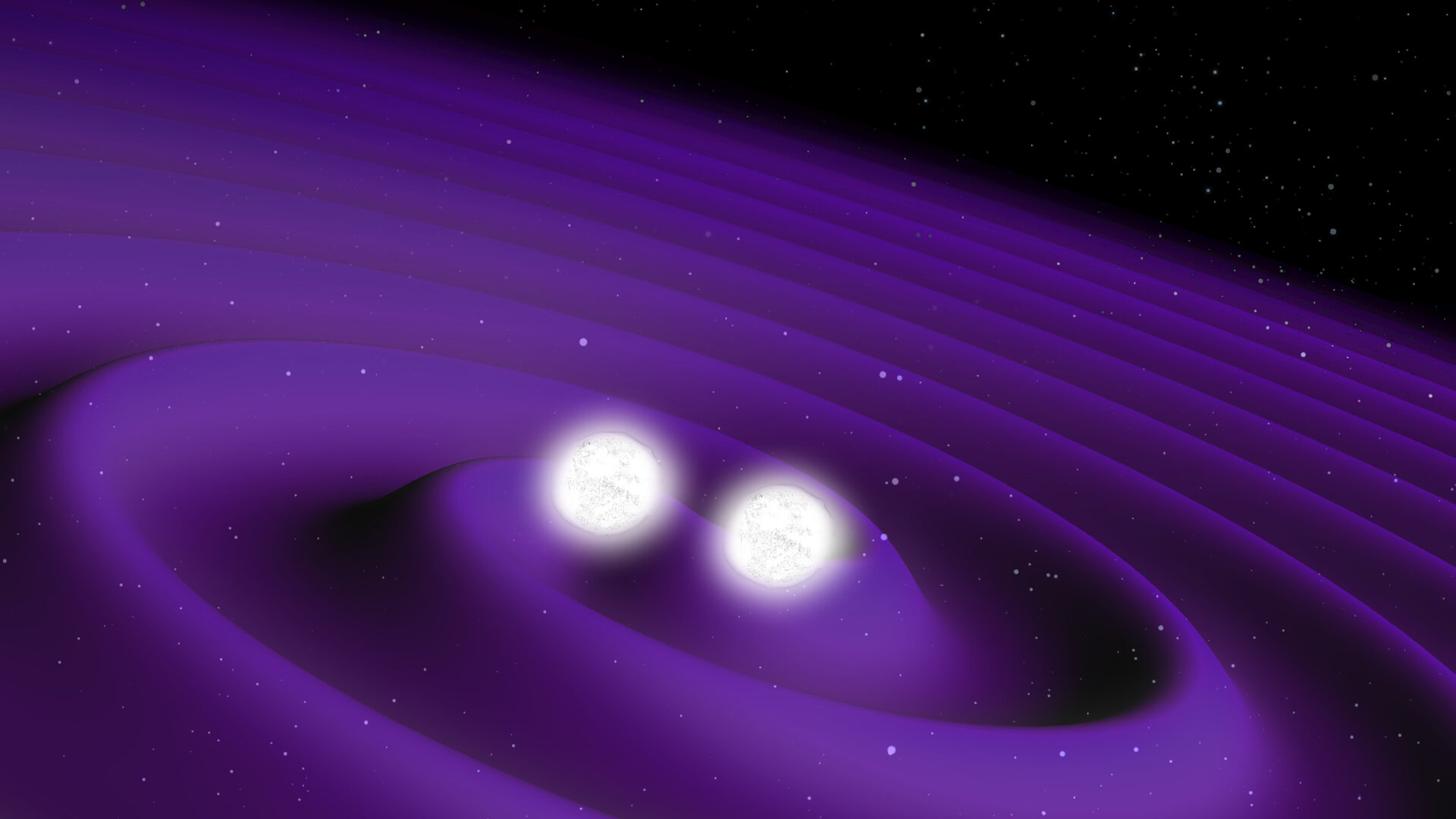 ESA’s Integral satellite recently played a crucial role in discovering the flash of gamma rays linked to the gravitational waves released by the collision of two neutron stars.

On 17 August, a burst of gamma rays lit up in space for almost two seconds. It was promptly recorded by Integral and NASA’s Fermi satellite.

Such short gamma-ray bursts are not uncommon: Integral catches about 20 every year. But this one was special: just seconds before the two satellites saw the blast, an entirely different instrument was triggered on Earth.

One of the two detectors of the Laser Interferometer Gravitational-wave Observatory (LIGO) experiment, in the USA, recorded the passage of gravitational waves – fluctuations in the fabric of spacetime caused by powerful cosmic events.

“This is a ground-breaking discovery, revealing for the first time gravitational waves and highly energetic light released by the same cosmic source,” says Erik Kuulkers, Integral project scientist at ESA.

Before this finding, gravitational waves had been confirmed on four occasions: in all cases, they were traced back to pairs of merging black holes as they spiralled towards each other.

The two LIGO detectors had seen the first in September 2015, followed by two more in late 2015 and early 2017. Recently, on 14 August, the fourth observation of gravitational waves also involved Europe’s Virgo instrument in Italy.

These detections won the LIGO founding scientists the Nobel Prize in physics earlier this month.

Gravitational waves are the only ‘messenger’ expected when black holes collide. Following these four measurements, scientists across the world began searching with ground and space telescopes for possible luminous bursts linked to the gravitational waves.

“We had contributed to these earlier searches with Integral, looking for gamma- or X-ray emission and finding none, as expected from the vast majority of theories,” says Volodymyr Savchenko from the Integral Science Data Centre in Geneva, Switzerland.

This time, however, the story took a different turn. 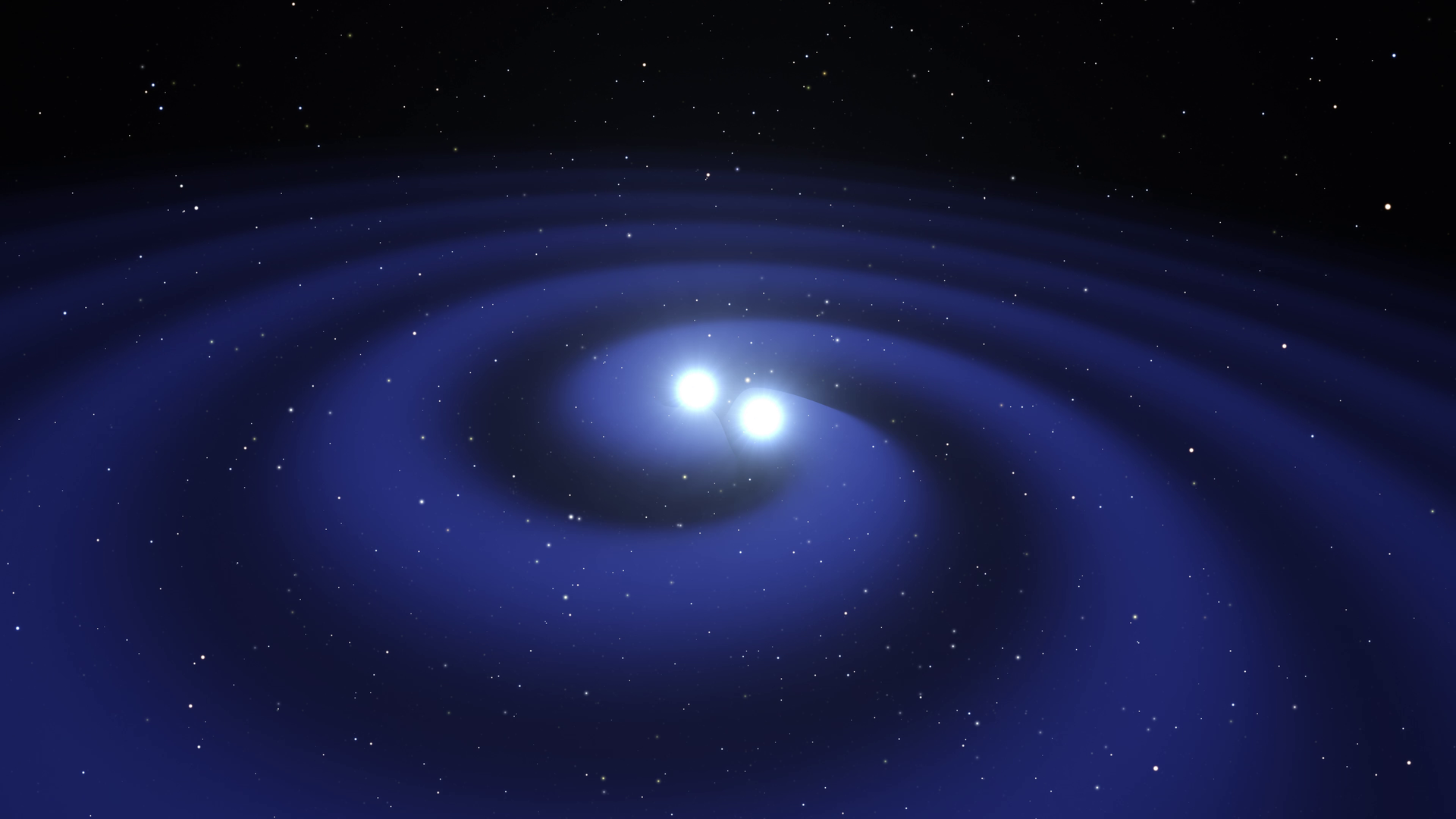 Other cosmic clashes are suspected to release not only gravitational waves but also light across the electromagnetic spectrum. This can happen, for example, when the collision involves one or more neutron stars – like black holes, they are compact remnants of what were once massive stars.

Merging neutron stars have also been thought to be the long-sought sources of short gamma-ray bursts, though no observational proof had yet been found.

“We realised that we were witnessing something historic when we saw the notification of Fermi’s and LIGO’s detections appear on our internal network almost at the same time, and soon after we saw the confirmation in the data from Integral's SPI instrument, too,” says Carlo Ferrigno, from the Integral Science Data Centre.

“Nothing like this had happened before: it was clearly the signature of a neutron star merger,” adds Volodymyr.

Ordinarily, an alert from only one of the three gravitational-wave detectors would not awaken curiosity so suddenly, but the coincidence with the gamma-ray blast detected from space prompted the LIGO/Virgo scientists to look again.

It later appeared that both LIGO detectors had recorded the gravitational waves. Owing to its lower sensitivity and different orientation, Virgo produced a smaller response, but combining all three sets of measurements was crucial to locating the source.

The data pointed to a 28 square degree patch in the sky, equivalent to a square spanning roughly 10 times the diameter of the full Moon on each side. The gravitational wave signal indicated that the source lies only about 130 millions light-years away.

Without further delay, a large number of ground and space telescopes turned to this portion of the sky.

About half a day after the detections, scientists at various optical observatories, including the European Southern Observatory's telescopes in Chile, spotted something new near the core of galaxy NGC 4993. Sitting at just the distance indicated by LIGO/Virgo, it was just what you would expect to see in visible light as neutron stars merged.

“This is the closest short gamma-ray burst detected among the ones for which we’ve measured the distance, and by far the dimmest one – nearly a million times less bright than average,” says Volodymyr.

“We think that the unusual properties of this source indicate that the powerful jets that arise in the cosmic clash of the neutron stars are not pointing straight towards us, as happens in the majority of gamma-ray bursts detected.”

With the position of the source known, a large number of observatories and other sensors continued looking at it for several days and, in some cases, weeks, searching for light and particles emitted in the aftermath of the collision. Many are still observing it.

After the initial detection of the blast, Integral observed it for five and a half days. No further gamma rays were detected, an important fact in understanding how the neutron stars merged.

The extensive follow-up campaign revealed signals across the spectrum, first in the ultraviolet, visible and infrared bands, then in X-rays and, eventually, radio wavelengths.

“What we are witnessing is clearly a kilonova: the neutron-rich material released in the merger is impacting its surroundings, forging a wealth of heavy elements in the process,” explains Carlo.

“This amazing discovery was made possible by a terrific collaboration of thousands of people working in different observatories and experiments worldwide,” says Erik.

“We are thrilled that Integral could provide a crucial contribution to confirming the nature of such a rare phenomenon that scientists have been seeking for decades.”

With high sensitivity to gamma rays and almost full-sky coverage for brief events, Integral is amongst the best astronomical facilities for keeping an eye on gamma-ray bursts.

When the LIGO/Virgo sensors start their observations again, with improved sensitivity, in late 2018, it is crucial that as many gamma-ray satellites as possible are active to check on the gravitational wave detections.

Meanwhile, ESA is working on the next generation of gravitational-wave experiments, taking the quest to space with LISA, the Laser Interferometer Space Antenna.

Planned for launch in 2034, LISA will be sensitive to gravitational waves of lower frequency than those detected with terrestrial instruments. These are released by the clashes of even more exotic cosmic objects: supermassive black holes, which sit at the centre of galaxies and have masses millions to billions of times larger than that of the stellar-mass black holes detected by LIGO and Virgo.

“LISA will broaden the study of gravitational waves much like the first observations at infrared and radio wavelengths have revolutionised astronomy,” says Paul McNamara, LISA study scientist at ESA.

“Until then, we are excited that ESA’s high-energy satellites are contributing to the growing field of gravitational-wave astronomy.”