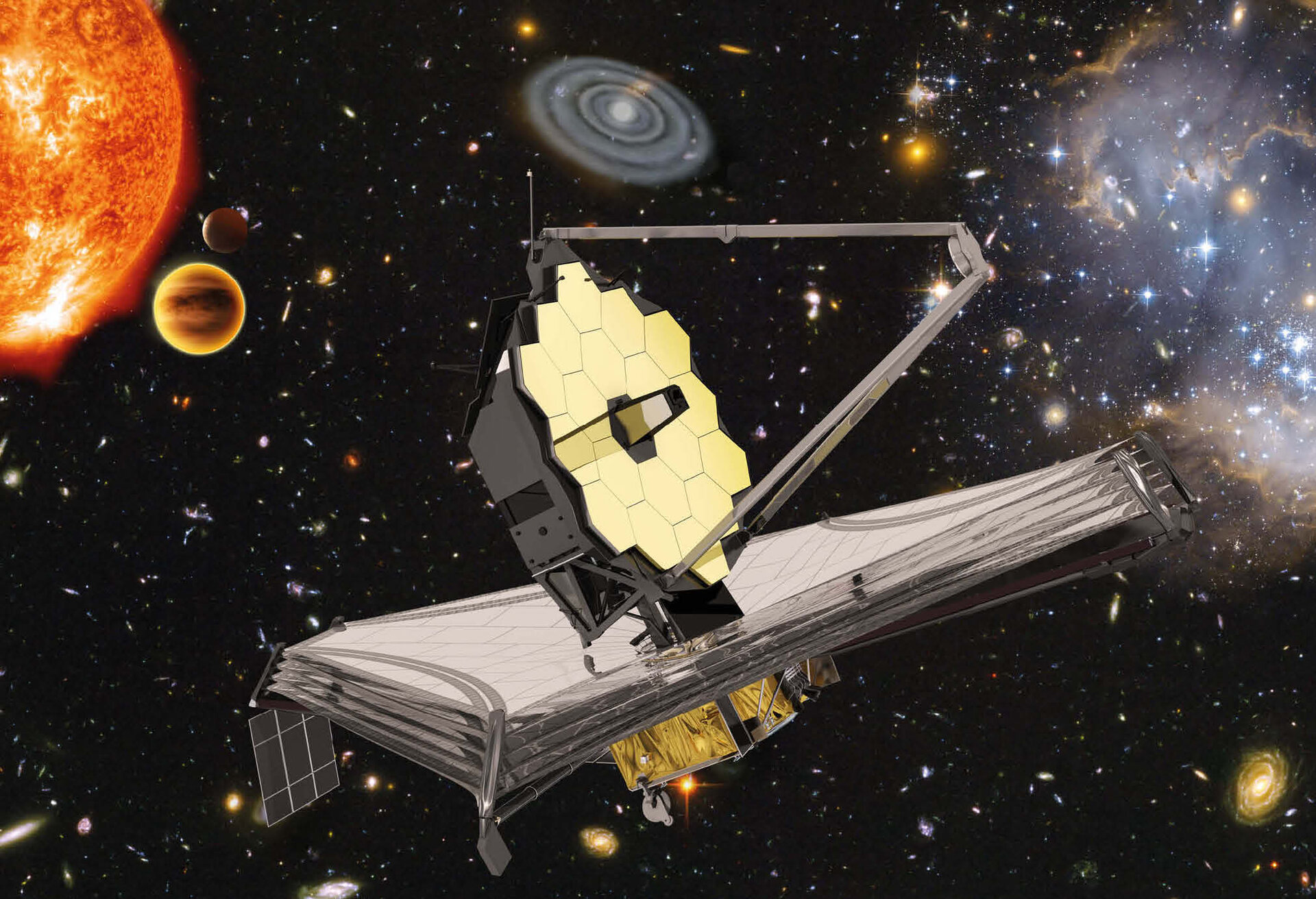 The James Webb Space Telescope is undergoing final integration and testing that will require more time to ensure a successful mission. Following a new assessment of the remaining tasks on the highly complex space observatory, the launch window is now targeted for about May 2020.

“The James Webb Space Telescope (JWST) is a daring endeavour and we need to focus on the overall success of the mission, together with NASA and the Canadian Space Agency, proceeding through the final integration with the additional time necessary,” says Günther Hasinger, ESA Director of Science.

Testing the hardware on the observatory’s telescope and spacecraft modules demonstrate that these systems individually meet their requirements. However, recent findings from NASA’s Standing Review Board indicate that more time is needed to test and integrate these components and then perform environmental testing at observatory contractor Northrop Grumman Aerospace Systems in Redondo Beach, California, USA.

NASA is establishing an external Independent Review Board, whose findings will complement the Standing Review Board data and are expected to bolster confidence in NASA’s approach to completing the final integration and test phase of the mission, the launch campaign, commissioning and the deployment sequence.

The findings and recommendations of both boards, as well as the project’s input, will be considered by NASA as it defines a more specific launch timeframe. NASA will then provide its assessment in a report to the US Congress this summer.

ESA will work with NASA on a new launch readiness date for the Ariane 5 vehicle that will launch JWST into space.

After the successful test performance of the observatory’s telescope and science payload, including the NIRSpec and MIRI instruments that form part of ESA’s participation, in 2017 at NASA’s Johnson Space Flight Center in Houston, the telescope module was delivered to Northrop Grumman earlier this year, where it is now housed together with the spacecraft module.

The spacecraft module will next undergo environmental testing, subjecting it to the vibrational, acoustic and thermal environments it will experience during its launch and operations. These tests will take a few months to complete. Engineers will then combine the two modules and test the fully assembled observatory and verify that all components work together properly.

JWST is the most ambitious and complex space science telescope ever constructed. It will build on the discoveries of previous space science missions such as the NASA/ESA Hubble Space Telescope, tackling the mysteries of our Solar System, studying distant worlds around stars beyond our Sun, and looking back at the origins of our Universe.

JWST is an international project led by NASA with its partners, ESA and the Canadian Space Agency.