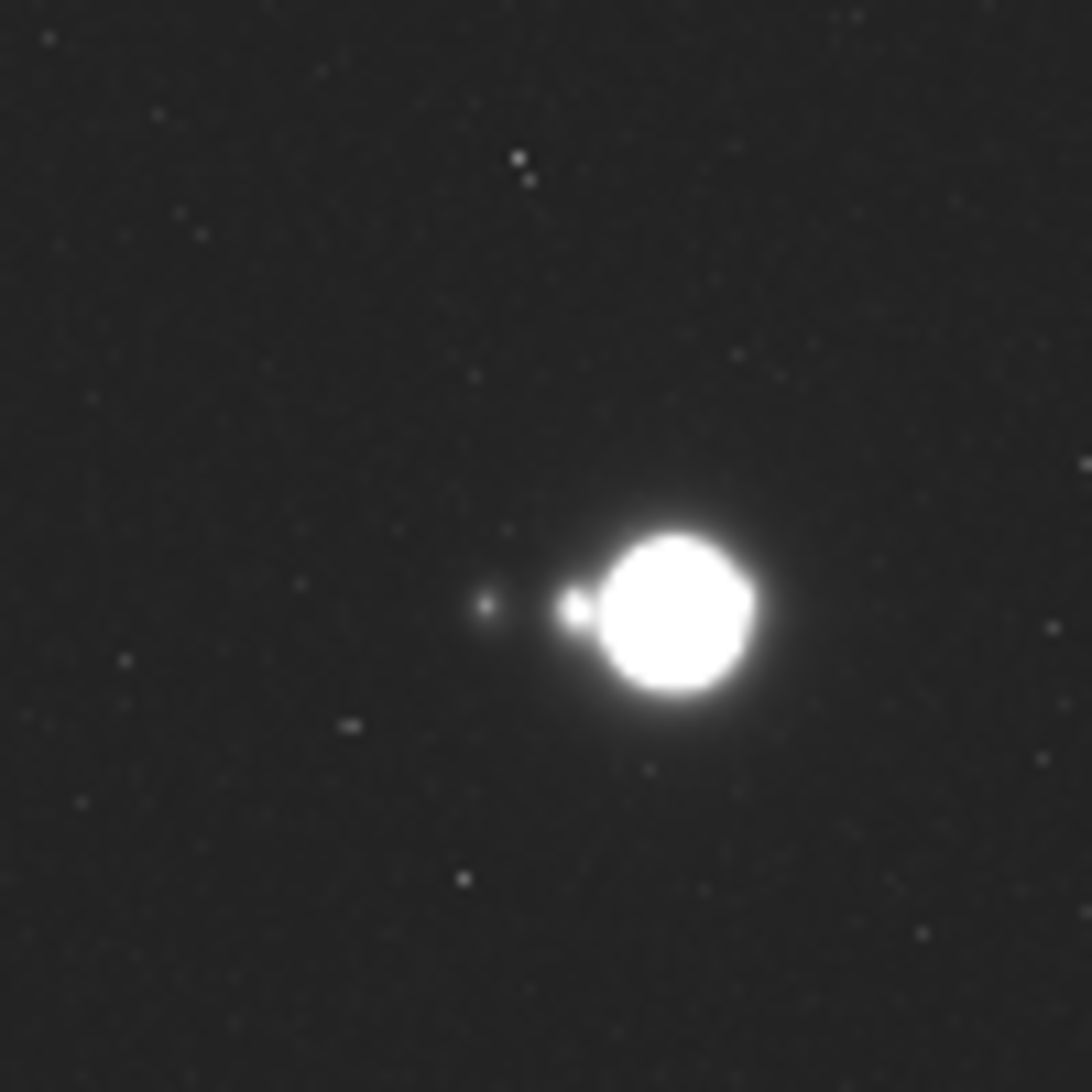 As part of preparations for the launch of ESA’s Jupiter Icy Moons Explorer, its navigation camera has been given a unique test: imaging its destination from Earth.

The Jupiter Icy Moons Explorer, Juice, will launch in 2022 on a seven-year journey to the Jupiter system. In the first mission of its kind, it will not only orbit Jupiter and make repeated flybys of the planet’s large and ocean-bearing moons Europa, Ganymede and Callisto, but will culminate in a dedicated orbital tour of Ganymede – the largest moon in the Solar System.

The spacecraft will be equipped with a scientifically powerful suite of instruments for an in-depth analysis of Jupiter, its environment, and moons, but it also flies essential elements such as a navigation camera, or NavCam. Together with radio tracking, the NavCam will be used to obtain the position and velocity of the spacecraft relative to the moon it is flying by.

The NavCam has been specifically designed to be resistant to the harsh radiations environment around Jupiter and to acquire images of the planet, moon and background stars. Importantly, NavCam measurements will allow the spacecraft to be in the optimal trajectory and to consume as little fuel as possible during the grand tour of Jupiter, and to improve the pointing accuracy during these fast and close rendezvous approaches. The close encounters will bring the spacecraft between about 200 and 400 km to the moons.

In June, a team of engineers took to the roof of the Airbus Defence and Space site in Toulouse to test the NavCam engineering model in real sky conditions. The purpose was to validate hardware and software interfaces, and to prepare the image processing and onboard navigation software that will be used in-flight to acquire images.

In addition to observing Earth’s Moon and other objects, the instrument was pointed towards an obvious target in the night sky: Jupiter. The camera used the ‘Imaging mode’ and ‘Stars Centroiding Mode’ to test parameter settings which in turn will be used to fine-tune the image processing software at attitude control and navigation levels.

“Unsurprisingly, some 640 million kilometres away, the moons of Jupiter are seen only as a mere pixel or two, and Jupiter itself appears saturated in the long exposure images needed to capture both the moons and background stars, but these images are useful to fine-tune our image processing software that will run autonomously onboard the spacecraft,” says Gregory Jonniaux, Vision-Based Navigation expert at Airbus Defence and Space. “It felt particularly meaningful to conduct our tests already on our destination!”

During the flybys themselves it will be possible to see surface features on these very different moons. In a separate test, the NavCam was optically fed with simulated views of the moons to process more realistic images of what can be expected once in the Jupiter system.

“The simulated views of the moons of Jupiter give a more realistic impression of what our NavCam will capture during flybys,” adds Daniele Gherardi, ESA Guidance, Navigation and Control expert. “Of course, the high-resolution scientific camera suite will impress us with even more detail of these enigmatic moons.”

Meanwhile the test navigation camera will be further improved with a full flight representative performance optics assembly by the end of the year, and will subsequently be used to support onboard software tests of the complete Juice spacecraft. After launch, the test camera will be used at ESA’s operations centre to support the mission operations throughout its mission.

Juice is the first large-class mission in ESA's Cosmic Vision 2015–2025 programme. The prime contractor is Airbus Defence and Space. The camera is supplied by Sodern.