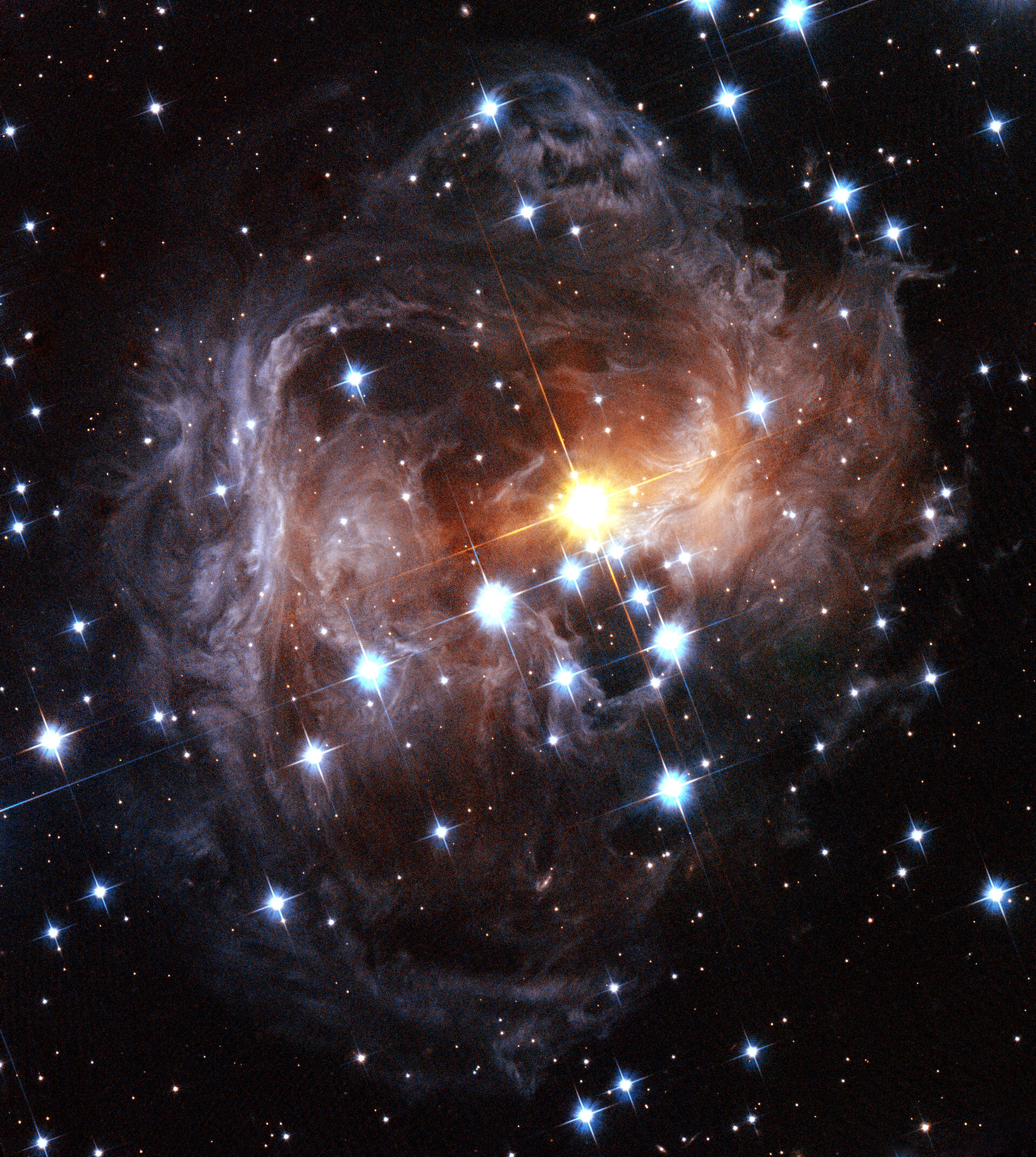 Hubble has returned to the intriguing variable star V838 Monocerotis many times since its initial outburst in 2002, to follow the evolution of its light echo. Two new images provide the most astonishing views of V838 to date.

The unusual variable star V838 Monocerotis (V838 Mon) continues to puzzle astronomers. This previously inconspicuous star underwent an outburst early in 2002, during which it temporarily increased in brightness to become 600 000 times more luminous than our Sun. Light from this sudden eruption is illuminating the interstellar dust surrounding the star, producing the most spectacular ‘light echo’ in the history of astronomy.

As light from the eruption propagates outward into the dust, it is scattered by the dust and travels to the Earth. The scattered light has travelled an extra distance in comparison to light that reaches Earth directly from the stellar outburst. Such a light echo is the optical analogue of the sound echo produced when an Alpine yodel is reflected from the surrounding mountainsides.

The NASA/ESA Hubble Space Telescope has been observing the V838 Monocerotis light echo since 2002. Each new observation of the light echo reveals a new and unique 'thin-section' through the interstellar dust around the star.

This release shows new images of the light echo from the Hubble Advanced Camera for Surveys taken in November 2005 (left) and again in September 2006 (right). The numerous whorls and eddies in the interstellar dust are particularly noticeable. Possibly they have been produced by the effects of magnetic fields in the space between the stars.

The Hubble observations have been used to determine the distance to V838 Mon, using a technique based on the polarisation of the reflected light. Hubble has polarising filters that only pass light that vibrates at certain angles. This method yields a distance of 20 000 light-years for V838 Monocerotis, suggesting that, during its outburst, it was one of the brightest stars in the entire Milky Way. Although the reason for the eruption is still unclear, some astronomers have suggested it might have resulted from the collision of two stars.