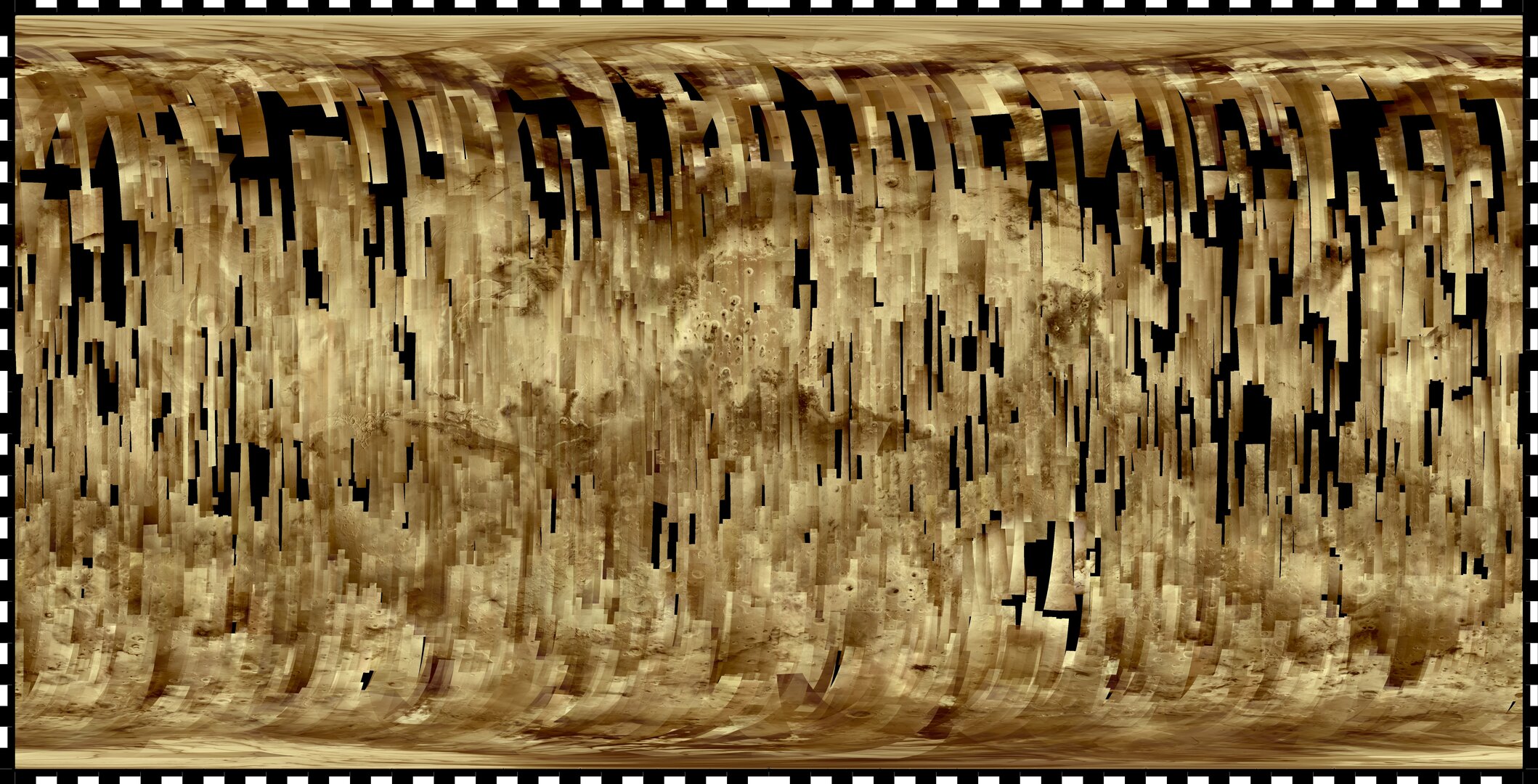 Nearly 90% of Mars’ surface has been mapped by the high-resolution stereo camera on ESA’s Mars Express, which celebrates ten years since launch this June.

The mosaic comprises 2702 individual swaths of the martian surface, up to and including the spacecraft’s 10 821st orbit of the planet, which it completed on 30 June 2012.

At this time, 87.8% of the surface had been mapped at any resolution, with 61.5% mapped at a resolution of 20 m per pixel or better. The map is equatorially aligned, meaning that regions at the poles appear distorted.

The map provides a record of all locations observed by the camera simultaneously in red, green, blue and nadir channels.

Images that were particularly affected by dust or atmospheric effects have not been included in the mosaic. These effects are more prevalent in the region shown in the top right of the map, as reflected by the greater number of ‘missing’ pieces there.

The subtle variation in colour tones are due partly to changes in dust content in the atmosphere, but mostly due to the change in solar elevation as the spacecraft moves around the planet, experiencing different illumination conditions.

Upon closer inspection, many well-known geological features are revealed. Towards the top left stands Olympus Mons, the tallest volcano in the Solar System at over 21 km high. A chain of three volcanoes making up the Tharsis Montes lies just below and to the right.

Assuming that good atmospheric conditions coincide with the appropriate orbits, Mars Express scientists hope that they might fill in the remaining gaps in the map in the coming years.