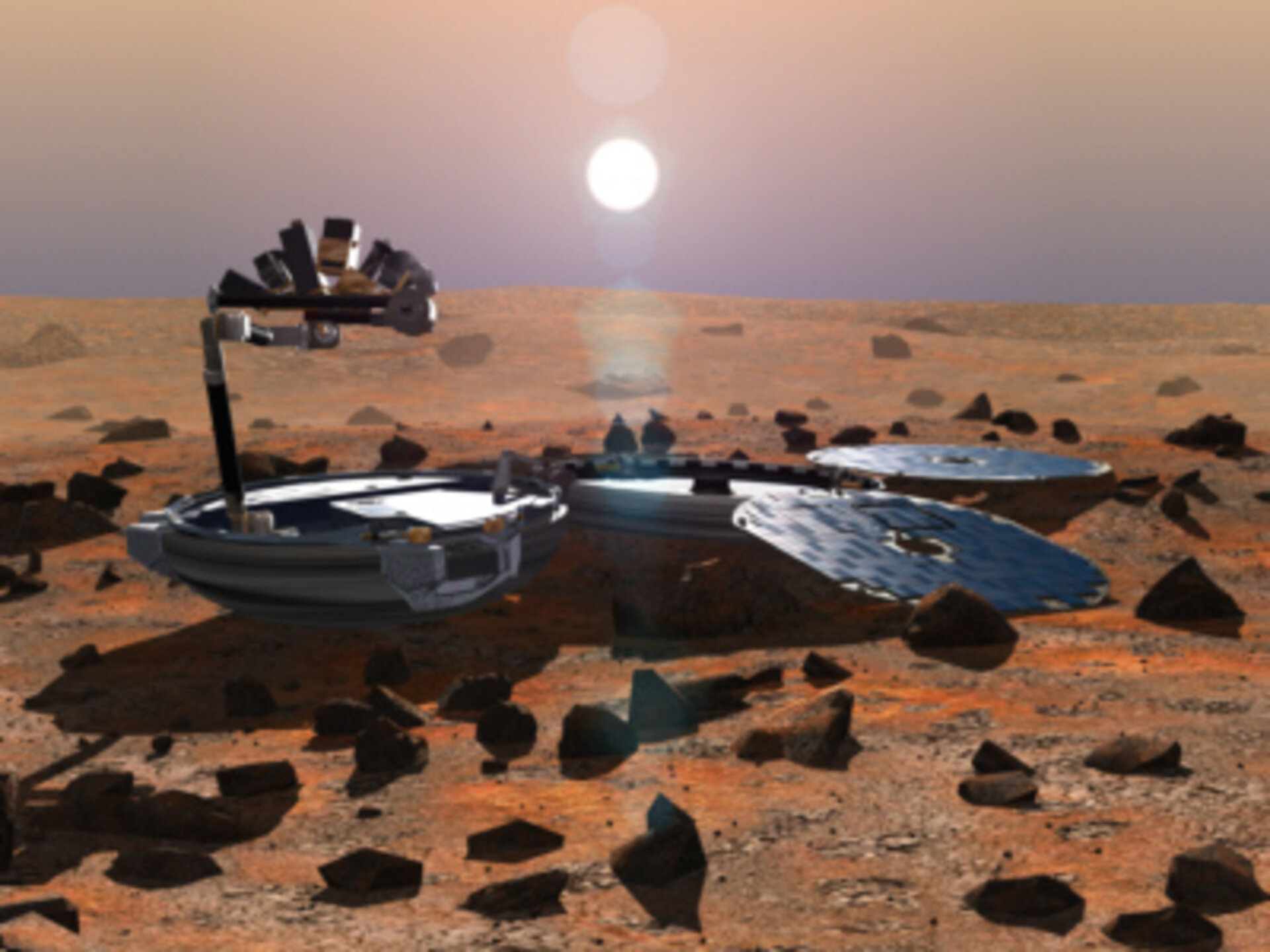 ESA PR 74-2003
Main media events surrounding the arrival of ESA’s Mars Express at Mars
ESA’s Mars Express probe is scheduled to arrive at Mars at Christmas: the Beagle 2 lander is expected to touch down on the surface of the Red Planet on the night of 24 to 25 December.

Launched on 2 June 2003 from Baikonur (Kazakhstan) on board a Russian Soyuz launcher operated by Starsem, the European probe – built for ESA by a European team of industrial companies led by Astrium – carries seven scientific instruments that will perform a series of remote-sensing experiments designed to shed new light on the Martian atmosphere, the planet’s structure and its geology. In particular, the British-made Beagle 2 lander, named after the ship on which Charles Darwin explored uncharted areas of the Earth in 1830, will contribute to the search for traces of life on Mars through exobiology experiments and geochemistry research.

On Christmas Eve the Mars Express orbiter will be steered on a course taking it into an elliptical orbit, where it will safely circle the planet for a minimum of almost 2 Earth years. The Beagle 2 lander - which will have been released from the mother craft a few days earlier (on 19 December) – instead will stay on a collision course with the planet. It too should also be safe, being designed for atmospheric entry and geared for a final soft landing due to a sophisticated system of parachutes and airbags.

On arrival, the Mars Express mission control team will report on the outcome of the spacecraft's delicate orbital insertion manoeuvre. It will take some time for Mars Express to manoeuvre into position to pick communications from Beagle 2. Hence, initially, other means will be used to check that Beagle 2 has landed: first signals from the Beagle 2 landing are expected to be available throughout Christmas Day, either through pick-up and relay of Beagle 2 radio signals by NASA’s Mars Odyssey, or by direct pick-up by the Jodrell Bank radio telescope in the UK. Mars Express will then pass over Beagle 2 in early January 2004, relaying data and images back to Earth. The first images from the cameras of Beagle 2 and Mars Express are expected to be available between the end of the year and the beginning of January 2004.

The key dates relating to the arrival of Mars Express at its destination will be marked by several media events not to be missed. Pencil them into your diaries so as not to miss one of the most exciting events of the year. Click here for the complete list of events.