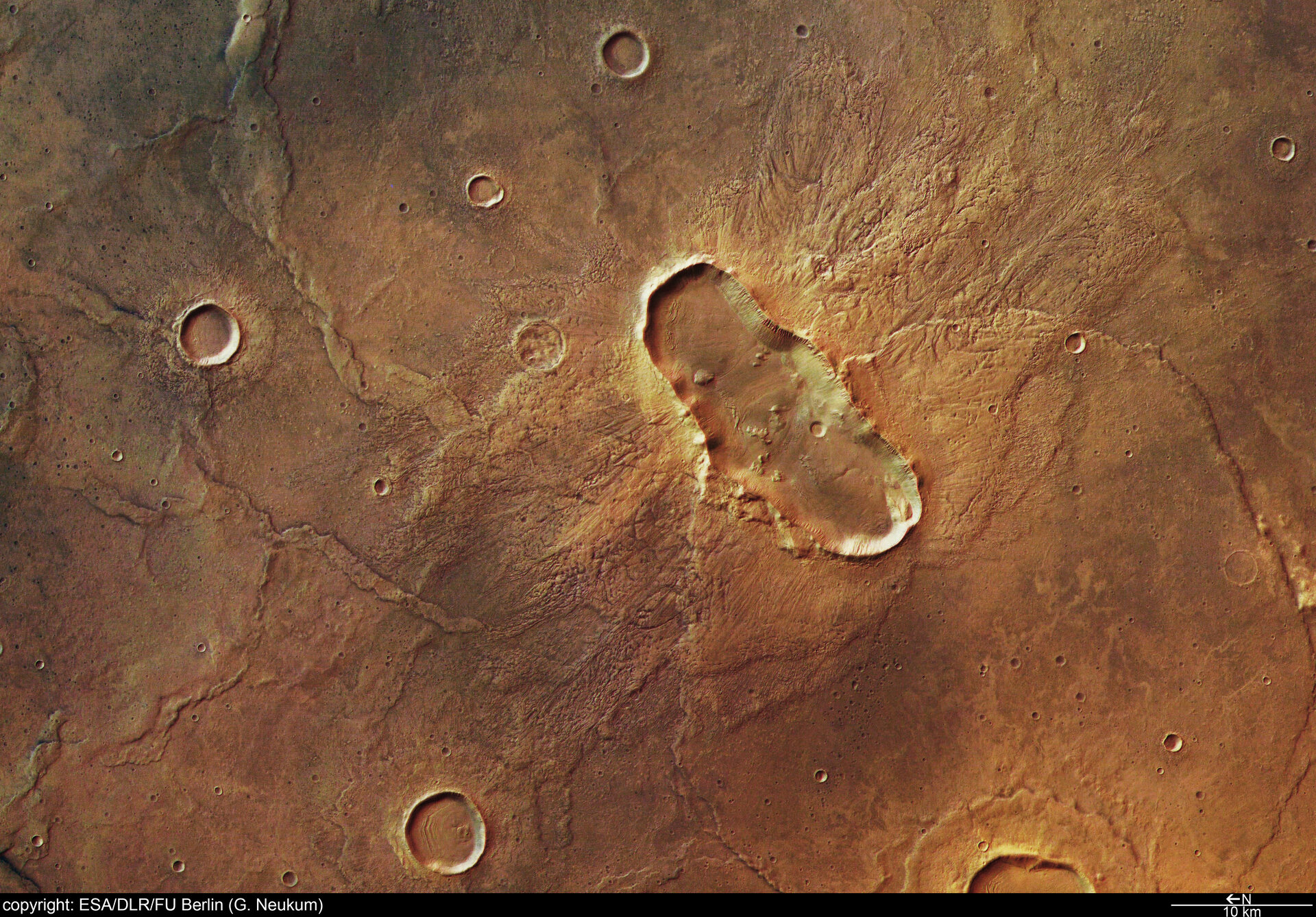 These images, taken by the High Resolution Stereo Camera (HRSC) on board ESA’s Mars Express spacecraft, show a large elliptical impact crater in the Hesperia Planum region of Mars.

The HRSC obtained these images during orbit 368 with a ground resolution of approximately 16.7 metres per pixel. The scenes show the region of Hesperia Planum, at approximately 35.3° South and 118.7° East.

A large elliptical impact crater is visible within the scene, measuring approximately 24.4 km long, 11.2 km wide and reaching a maximum depth of approximately 650 metres below the surrounding plains.

Ejecta from this impact can be seen extending away from the crater, including two prominent lobes of material north-west and south-east of the crater.

The large circular feature, partly cut off by the border of the image, has a diameter of roughly 45 km.

This appears to be an impact crater that was subsequently resurfaced by lava flows, preserving the outline of the underlying crater. The curving features visible in the north of the image, known as ‘wrinkle ridges’, are caused by compressional tectonics.

While the majority of impact craters are relatively circular, the elliptical shape of this impact crater suggests a very low impact angle (less than 10 degrees).

The long axis of the impact crater is viewed as the impacting direction of the projectile. Similar elliptical craters are observed elsewhere on Mars, as well as on our Moon.