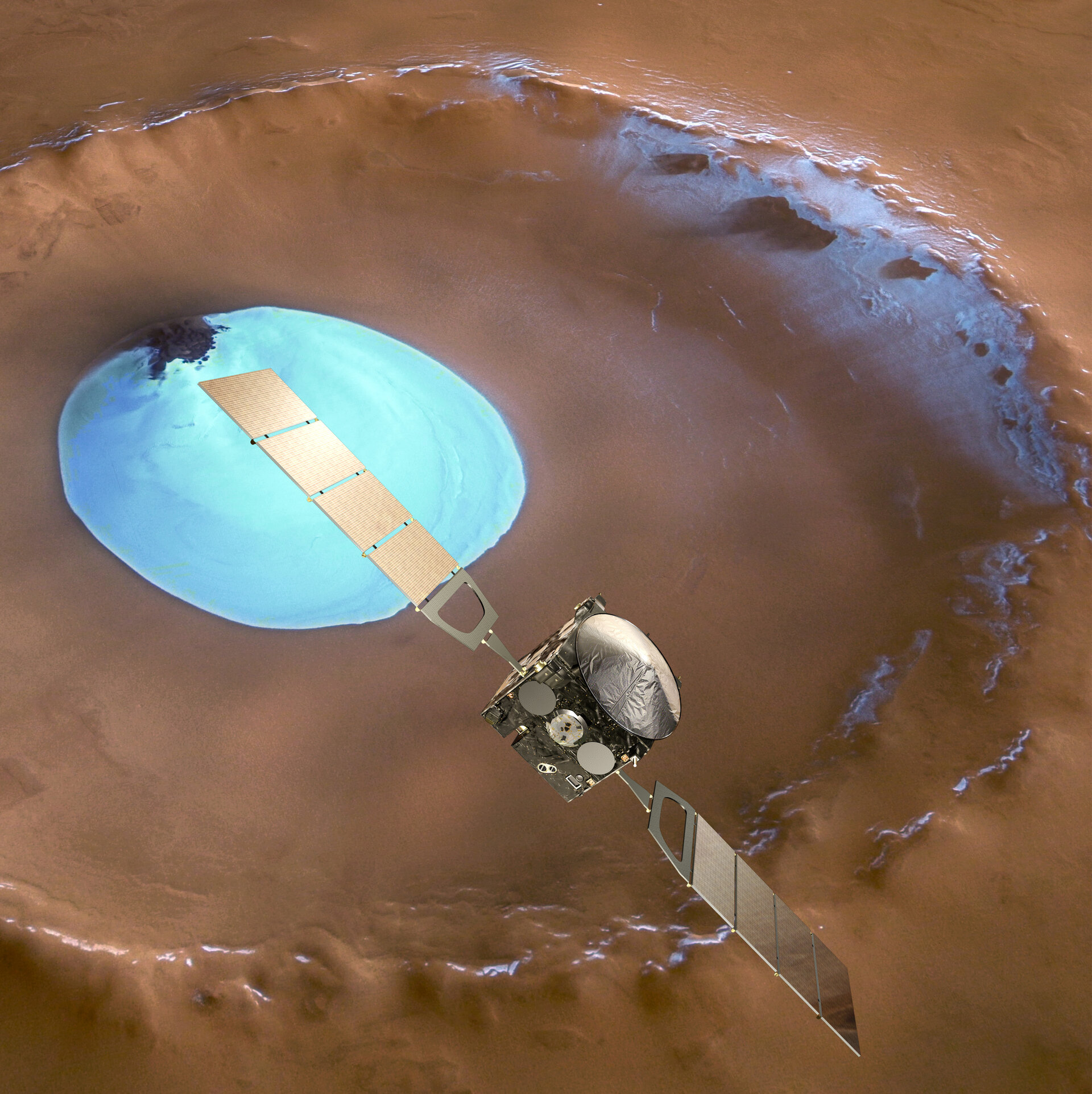 Media representatives are invited to a briefing at ESA’s operations centre in Darmstadt, Germany on Monday 3 June, marking the tenth anniversary of the launch of ESA’s Mars Express. The event will highlight the key scientific discoveries of the mission and will unveil a new mineral atlas that charts the geological history of Mars.

The role of the new atlas in the future of European Mars exploration will also be discussed.

Mars Express was launched on 2 June 2003 with a nominal mission lifetime of 687 days (1 martian year). Ten years later it is still monitoring all aspects of the martian environment, from the subsurface to the upper atmosphere and beyond to the planet’s two tiny moons, providing an in-depth analysis of the history of Mars and taking stunning 3D images.

Media representatives wishing to attend the event are kindly requested to register at: http://www.esa.int/10yrsMEX

The briefing will be broadcast on www.esa.int


11:15      Europe as a key player in the exploration of Mars
Alvaro Giménez, ESA Director of Science and Robotic Exploration


11:45        History of Mars encrypted in its minerals
Jean-Pierre Bibring, Principal Investigator for the OMEGA instrument on Mars Express,
IAS Orsay