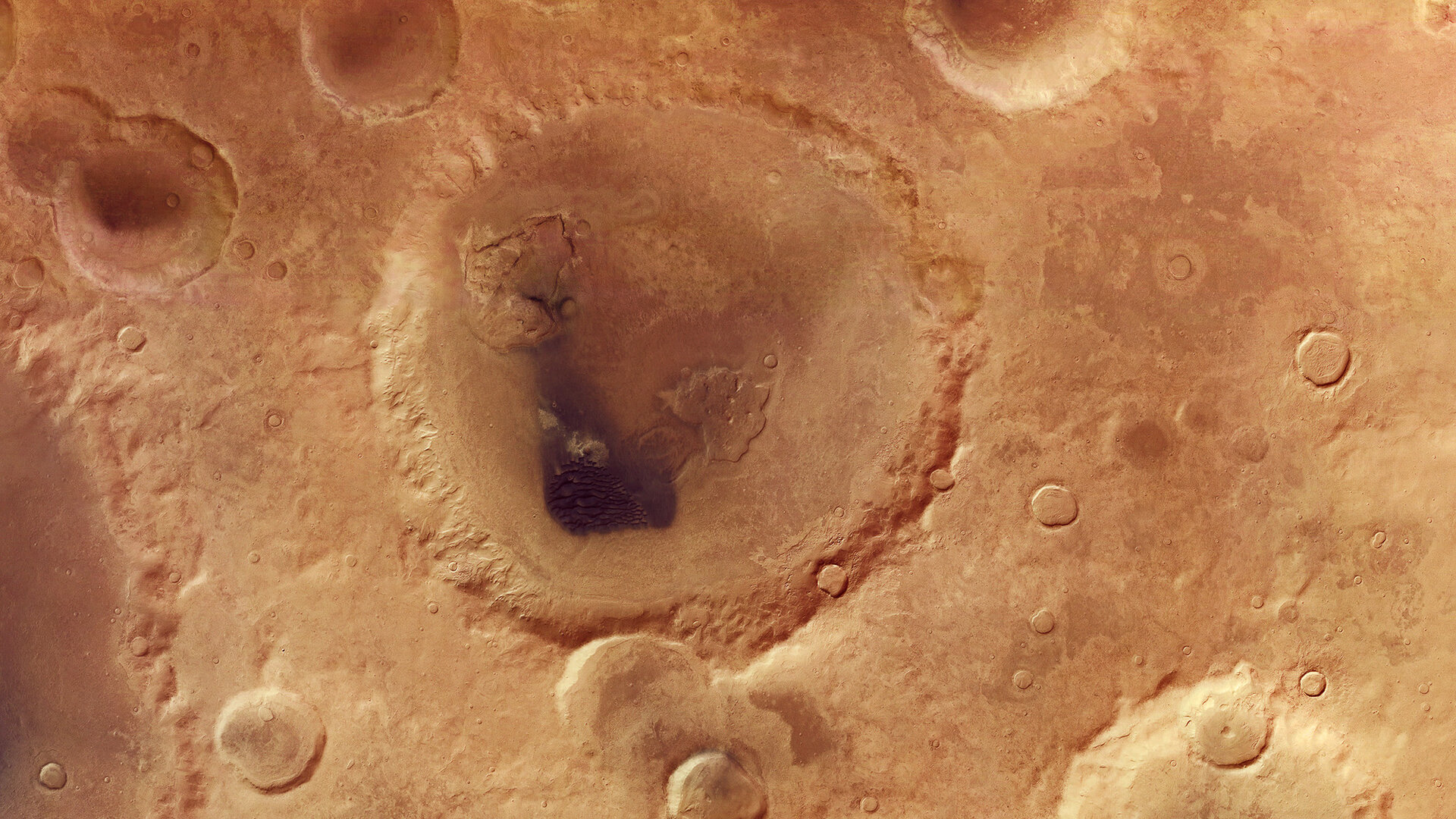 A fascinating martian crater has been chosen to honour the German physicist and planetary scientist, Gerhard Neukum, one of the founders of ESA’s Mars Express mission.

The International Astronomical Union named the 102 km-wide crater in the Noachis Terra region “Neukum” in September last year after the camera’s leader, who died in 2014. Professor Neukum inspired and led the development of the high-resolution stereo camera on Mars Express, which helped to establish the regional geology and topography of Mars.

Observations by the camera in December 2005 and May 2007 were used to create the image mosaic of Neukum Crater presented here.

Neukum Crater sits in the Noachis Terra region in the densely cratered southern highlands of Mars, some 800 km to the west of the planet’s largest impact basin, Hellas. Noachis Terra is one of the oldest known regions on the Red Planet, dating back at least 3.9 billion years – the earliest martian era, the Noachian epoch, is named after it.

It is representative of the ancient surface of Mars, which is characteristically peppered with craters that have been preserved for billions of years, although many have degraded over time.

Many impact craters in Noachis Terra host dune fields, and in this scene, Neukum Crater displays a particularly interesting pattern with dunes covering an area of about 12 x 17 km in the southeast corner of the crater.

The individual dunes stretch out in a north–south direction, with the dominant slipface towards the west, pointing to a prevailing wind coming from the east. In addition, dark sands have been blown to the west and north of the dunes, indicative of the strong easterly – and some southerly – winds.

The formation of light-toned deposits west of the dune field is unclear: they might be boulders or erosional remnants from the rocky crater interior.

The crater’s shallow interior has likely been infilled by sediments over its history. It is also marked with two irregular depressions. Perhaps they are a sign of a weaker material that has since eroded away, leaving behind some islands of more resistant material.

Over time the interior of the crater rim has undergone varying degrees of collapse, with landslides visible in the perspective view. Many smaller craters have also overprinted the rim and pockmarked the interior since Neukum Crater was formed, highlighting its long history.