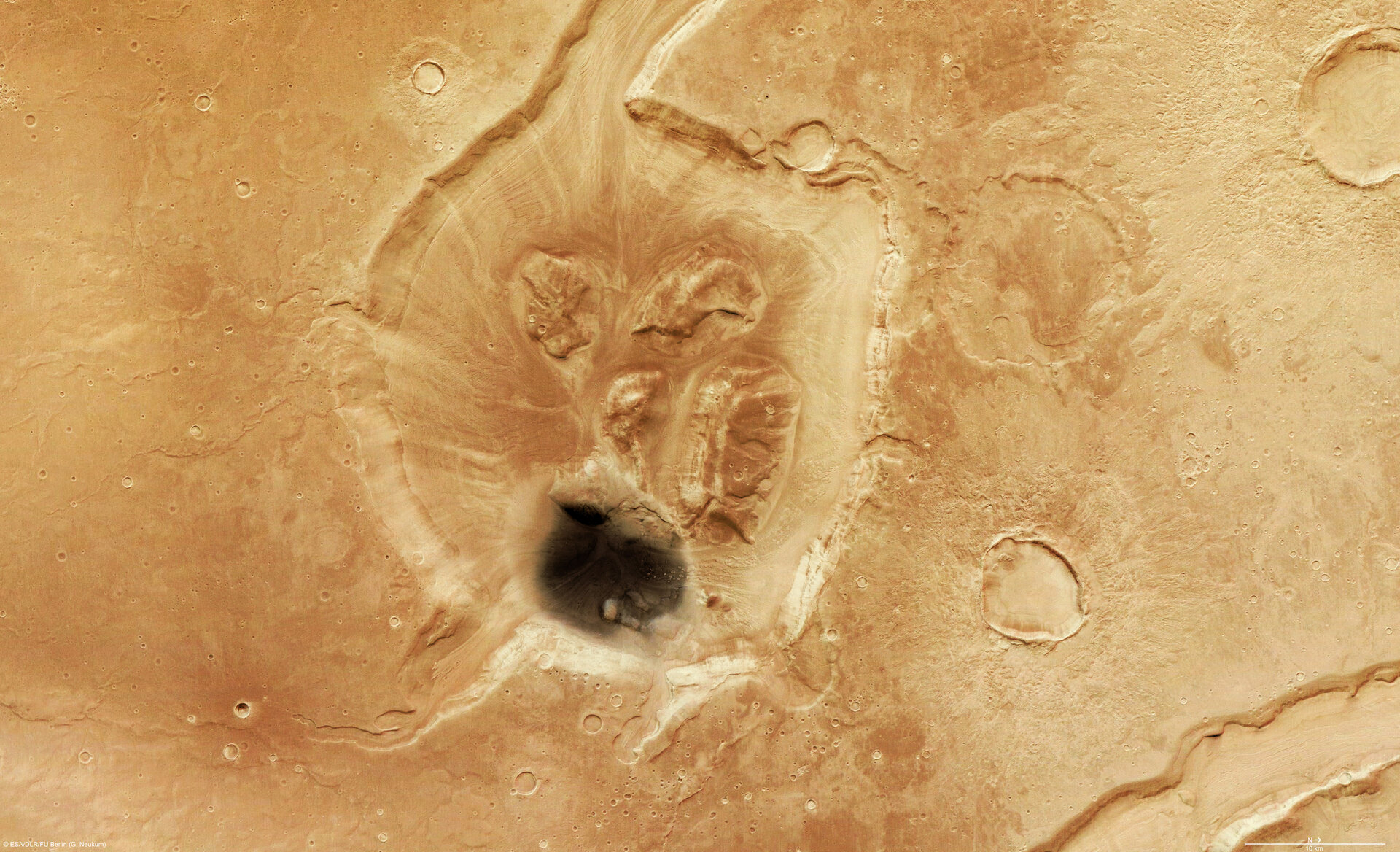 The High-Resolution Stereo Camera (HRSC) onboard the ESA spacecraft Mars Express obtained images of a region at the end of Mamers Valles, a long, winding valley. The focus is on a circular depression that contains a crater.

The data was obtained on 5 August 2006 with a ground resolution of approximately 14 m/pixel. The images are centred at approximately 39° north and 17° east on the planet.

The circular depression seen in the images is approximately 30 km wide and 1400 m deep. It lies at the south-eastern end of Mamers Valles.

The valley of Mamers Valles is approximately 1000 km long, running along the boundary between the northern lowlands and southern highlands in the region of Deuteronilus Mensae.

Scientists term a region such as Mamers Valles ‘fretted terrain’ because it shows numerous deep and wide labyrinth-like valleys and circular depressions. The depressions often show structures formed by liquid flowing on the floor.

The structures formed by the flows are thought to be ice-rich debris flows. They show some resemblance to block glaciers seen on Earth

The wrinkle ridges, as the name indicates, are formed by compressive forces acting on the surface. The dark coloured material inside the crater could have formed in-situ or may have been transported by the wind.

The anaglyph image was calculated from the nadir and one stereo channel; stereoscopic glasses are required to view it. The black-and-white high-resolution images were derived form the nadir channel, which provides the highest level of detail.