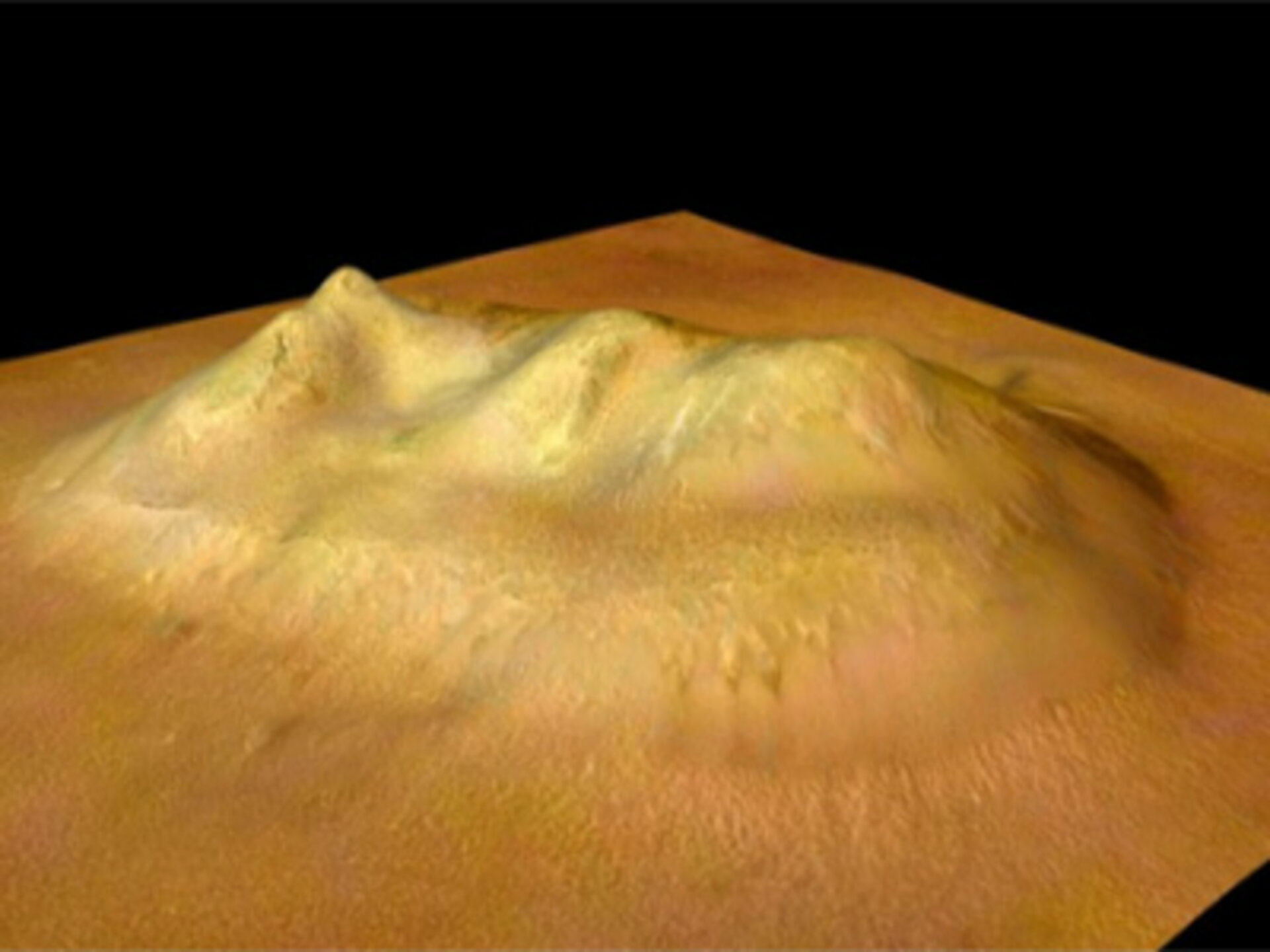 Recently, ESA's Mars Express delivered photos of the famous 'Face on Mars' in the Cydonia region. The High Resolution Stereo Camera images are some of the most spectacular views of the Red Planet ever taken. Now, there's a stunning 3D animation of the area.

The High Resolution Stereo Camera (HRSC) science team have produced a dramatic 3D animation that beautifully simulates a flight over the Cydonia 'Face on Mars', one of the most famous surface features on the planet.

The famous 'face' - actually a remnant massif - was first observed in a photo taken on 25 July 1976 by the American Viking 1 orbiter. Shortly afterwards, a NASA press release said the formation "resembles a human head." At the time, NASA scientists had already correctly interpreted the image as an optical illusion caused by the illumination angle of the Sun, the formation's surface morphology and the resulting shadows, giving the impression of eyes, nose and mouth. The new HRSC images confirm again the natural origin of this geological feature.

The HRSC science team is led by Principal Investigator Prof. Dr Gerhard Neukum. The team consists of 45 co-investigators from 32 institutions and 10 nations. The systematic processing of the HRSC image data is carried out by the German Aerospace Centre (DLR), while the images shown here were processed by the PI group at the Institute for Geosciences, Freie Universitaet (Free University), Berlin, in cooperation with DLR's Institute of Planetary Research, Berlin.