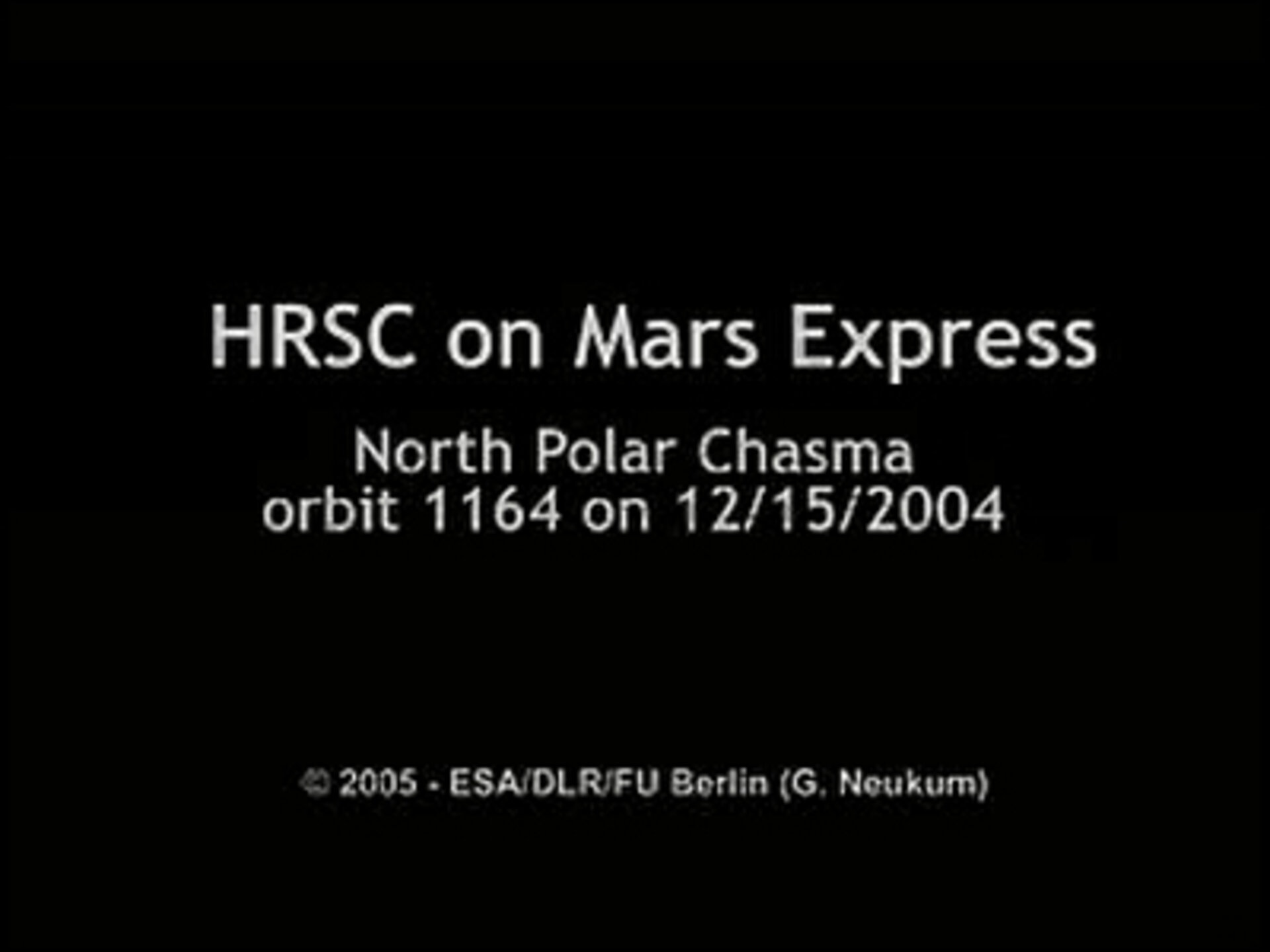 This is a video of images taken by the High Resolution Stereo Camera (HRSC) on board ESA’s Mars Express spacecraft, showing part of the Martian north polar ice cap.

The images show sharp detail of a series of scarps at the head of Chasma Boreale, a giant trough that almost divides the north polar ice cap in two. The trough is about 318 kilometres long and has cliffs that are nearly two kilometres high. The image is centred around 85° North and 340° East.

The images show layers of water ice and dust possibly for the first time in perspective view. Chasma Boreale is cut into the layered material that lies beneath the water ice of the polar cap. For decades, these layered materials were assumed to consist of a mixture of ice and dust. Recent observations could mean that some of the layers are a source for windblown sand.

The floor of the trough and the caldera-like structures are covered by dark sand dunes. This dark material could be volcanic ash or it is possible that it is dark sand eroding out of the polar layered materials.

These pictures were taken in mid-summer, a time when the dark sand dunes on the trough floor were still partially covered by a white frost left over from the winter season. The frost is most definitely frozen water, rather than carbon dioxide, because the temperatures even in spring are too high for solid carbon dioxide to be present. This frost is not likely to defrost much beyond this extent.