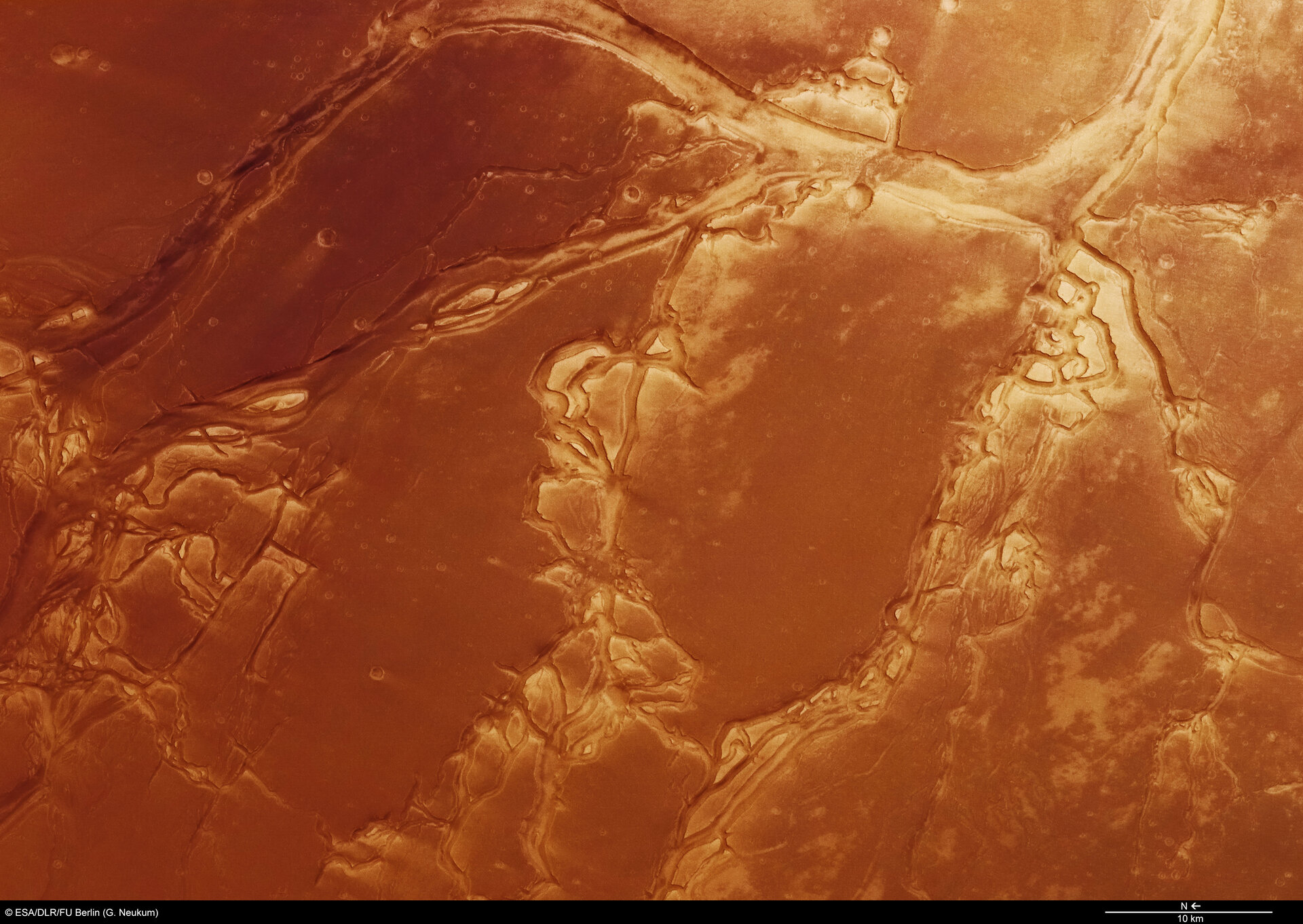 These images, taken by the High Resolution Stereo Camera (HRSC) on board ESA's Mars Express spacecraft, show the regions of Granicus Valles and Tinjar Valles, which may have been formed partly through the action of subsurface water, due to a process known as sapping.

The HRSC obtained these images during orbit 1383 at a ground resolution of approximately 23.7 metres per pixel. The images have been rotated 90 degrees counter-clockwise, so that North is to the left.

Both channel systems evolve from a single main channel entering the image scene from southeast (upper right), exhibiting an approximate width of 3 km and extending 300 m below the surrounding terrain at maximum. The impressive sinuous lava channel emanates from the mouth of a radial, a circular drainage area, and runs to the Elysium rise trending into a graben, which is terrain dissected by tectonic deformation.

This narrow, straight, 4-km wide and 120-km long graben is interpreted as the source of both lava flows and debris flows that carved Granicus and Tinjar Valles. Similar Elysium flank grabens at higher elevations lack outflow channels. This elevation dependence leads scientists to suggest that subsurface water, released by volcanic activity, has later played a role in shaping the channels visible today.