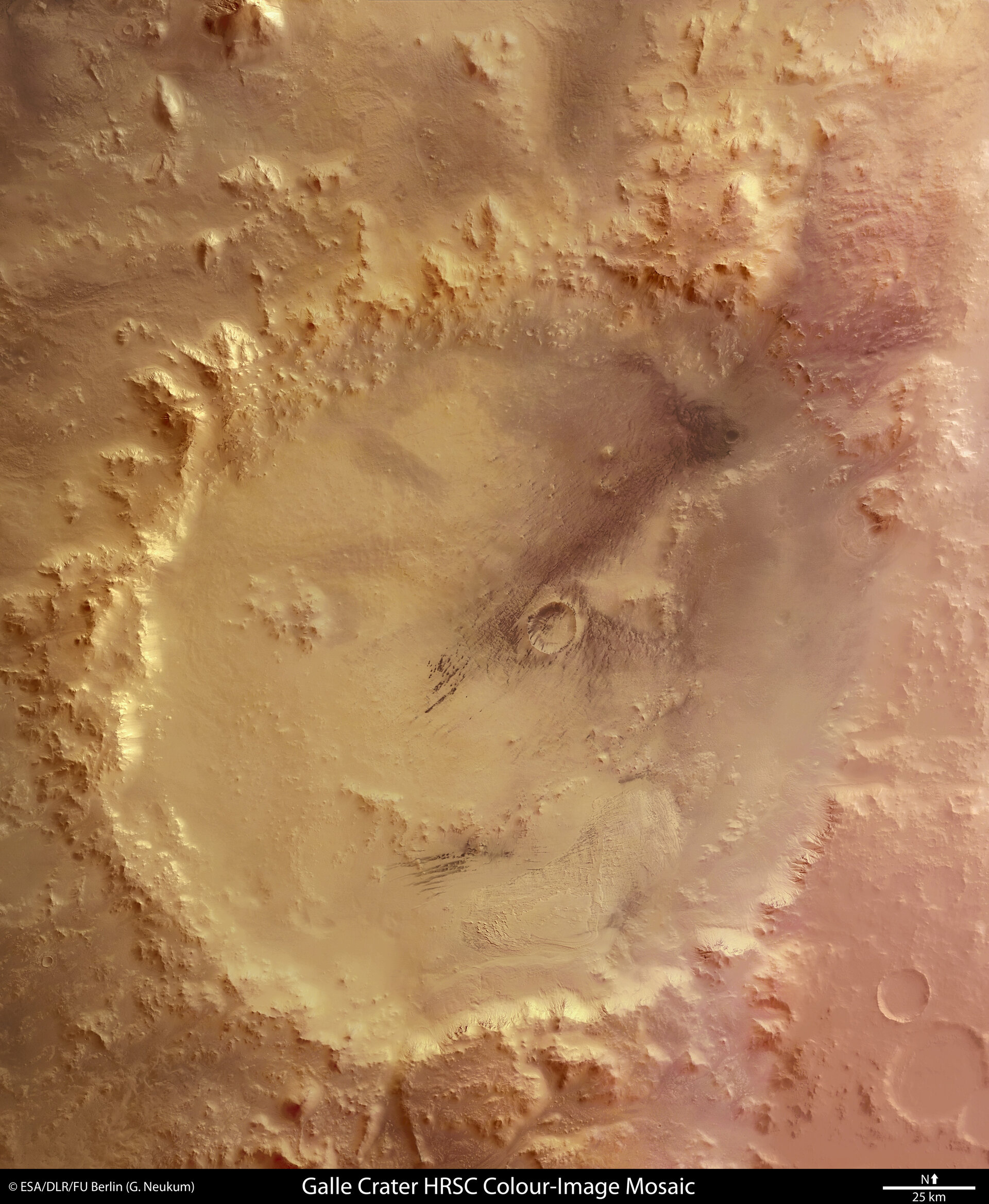 These images, taken by the High Resolution Stereo Camera (HRSC) on board ESA's Mars Express spacecraft, show the Galle Crater, an impact crater located on the eastern rim of the Argyre Planitia impact basin on Mars.

The images show Crater Galle lying to the east of the Argyre Planitia impact basin and south west of the Wirtz and Helmholtz craters, at 51° South and 329° East.

The images of the 230 km diameter impact crater are mosaics created from five individual HRSC nadir and colour strips, each tens of kilometres wide.

A large stack of layered sediments forms an outcrop in the southern part of the crater. Several parallel gullies, possible evidence for liquid water on the Martian surface, originate at the inner crater walls of the southern rim.

The 'face' was first pointed out in images taken during NASA's Viking Orbiter 1 mission.

Its interior shows a surface which is shaped by 'aeolian' (wind-caused) activity as seen in numerous dunes and dark dust devil tracks which removed the bright dusty surface coating.

The colour scenes, false-colour and near true-colour, have been derived from three HRSC colour and nadir channels gathered during five overlapping orbits. The perspective views have been calculated from a mosaic of digital terrain models derived from the stereo channels.

The black-and-white high-resolution image mosaic was derived from the nadir channel which provides the highest detail of all channels. The resolution has been decreased for use on the Internet, to around 50 m per pixel.