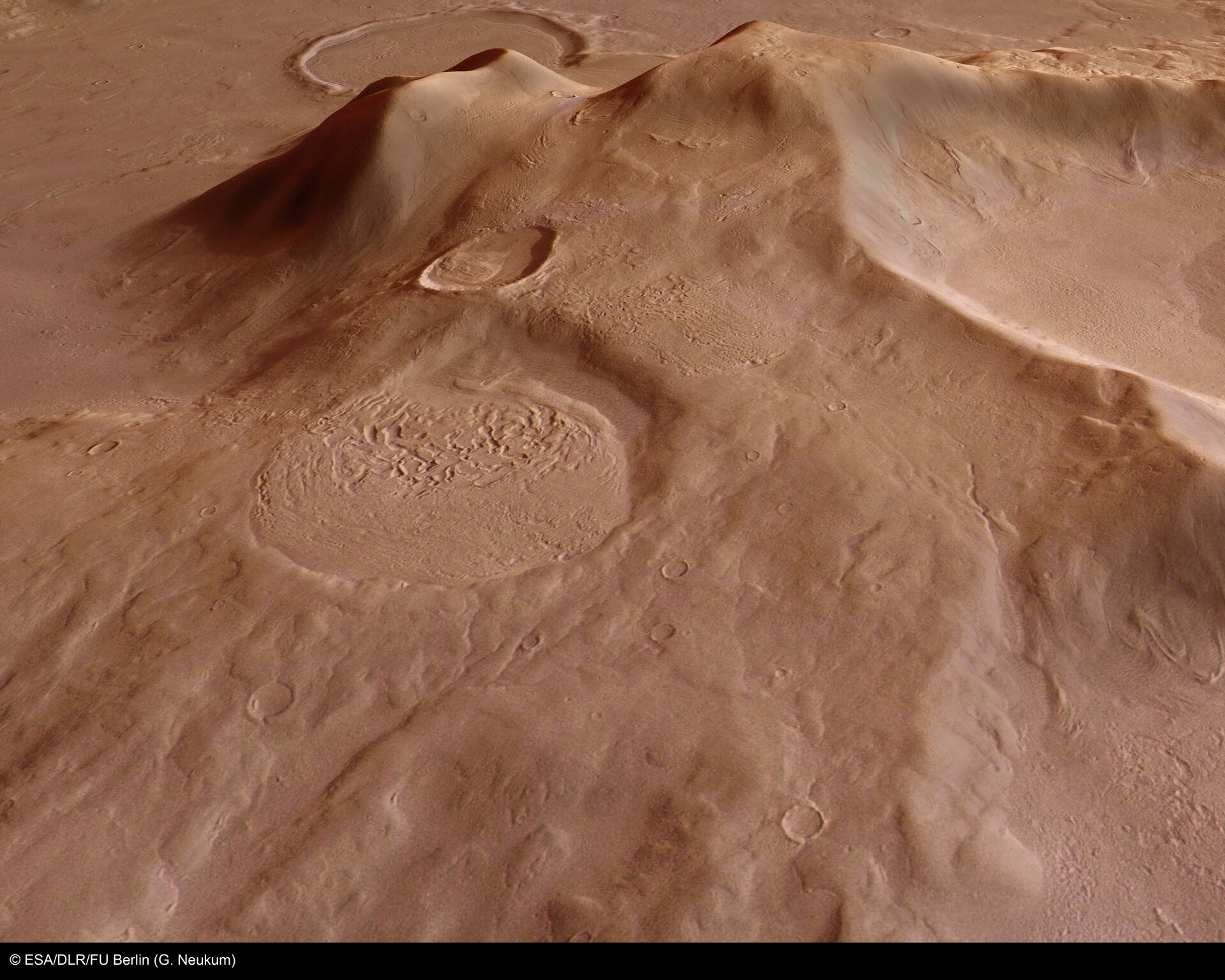 The stereo capability of the HRSC makes it possible to animate 3D anaglyph images, based on digital elevation models. The image data have been acquired during Mars Express orbit 451 from an altitude of 590 kilometres with an original resolution of 29 metres per pixel.

The unusual 'hourglass'-shaped structure is located in the southern-hemisphere highland terrain of Promethei Terra at the eastern rim of the Hellas Basin, at about latitude 38º South and longitude 104º East.

Most likely the surface morphology is formed by the 'creep' of ice and debris, similar to either terrestrial rock glacier landforms or debris covered glaciers which are commonly found in high latitudes and alpine regions.

'Talus' material (or 'scree', the broken rocks that lie on a steep mountainside or at the base of a cliff) and ice-rich debris accumulated at the base of the remnant massif and filled the upper bowl-shaped impact crater which is approximately nine kilometres wide. The debris-ice mixture then flowed through a breach in the crater rim into a 17-kilometre wide crater, 500 metres below, taking advantage of the downward slope.

Of particular interest is the age of these surfaces, which seem to be fairly intact over a wide area. It has been shown recently that there is some evidence that glaciers were shaping the Martian surface at mid latitudes and even near the equator until a few million years ago.

Typical evidence for a significant loss of volatiles, such as pits and other depressions can be observed on all debris surfaces surrounding the remnant massif.

The statistical analysis of the number of craters formed by meteorite impacts used for age determination also shows that part of the surface with its present-day glacial characteristics was formed only a few million years ago.

The perspective views have been calculated from the digital terrain model derived from the stereo channels. Image resolution has been decreased for use on the internet.