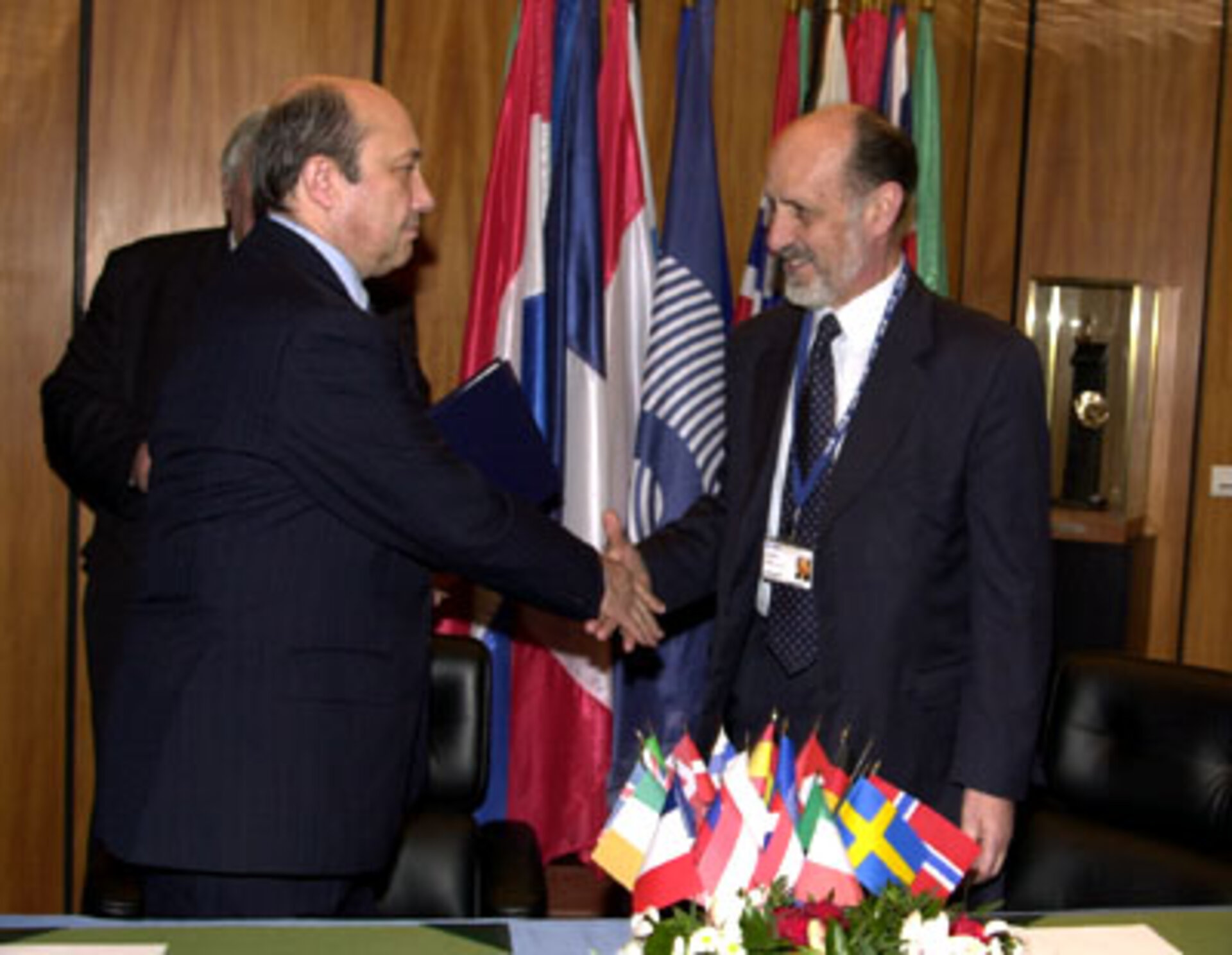 Scientists and engineers from several countries outside Europe are participating in, or contributing to, Mars Express.

Of these, Russia, Japan and the United States have the greatest involvement.

The Japanese spacecraft Nozomi, was due to go into near equatorial orbit around Mars shortly after Mars Express enters polar orbit. Nozomi had been due to reach the Red Planet in October 1999, but was delayed by a problem with the propulsion system.

Both missions shared a common interest in the Martian atmosphere. Nozomi was carrying a close relative of ASPERA, the instrument on Mars Express studying interactions between the upper atmosphere and the solar wind.

However, Nozomi had to give up its injection into orbit around Mars due to unrecoverable malfunction. The ground control team sent a command to change the trajectory to avoid colliding with Mars and to continue travelling in an orbit around the Sun.

ESA and NASA have made arrangements to use each other's orbiters as back-up for each other in relaying data and other communications from the landers to Earth.

Mars Express is also intending to use NASA's Deep Space Network for communications with Earth during parts of the mission. US scientists are playing a major role in one of Mars Express's payload instruments, MARSIS, and participate as co-investigators in most other instruments.

A global effort to explore the Red Planet

Mars Express marks the beginning of a major European involvement in an international programme to explore Mars over the next two decades. Europe, the US and Japan are planning to send missions, but many more countries will be contributing experiments, hardware and expertise.

Each mission will make its own unique contribution towards a global effort coordinated by the International Mars Exploration Working Group.

The idea for a European mission to Mars is not new. Before choosing Mars Express, ESA had debated other mission ideas including Intermarsnet, an orbiter and four landers to perform atmospheric, surface science and seismic studies from a network of widely-spaced locations on Mars.

Intermarsnet was not selected on cost grounds, but the idea and preliminary studies are not going to waste. The French space agency, CNES is planning to send four similar, though smaller and cheaper, Netlanders to Mars in 2007.