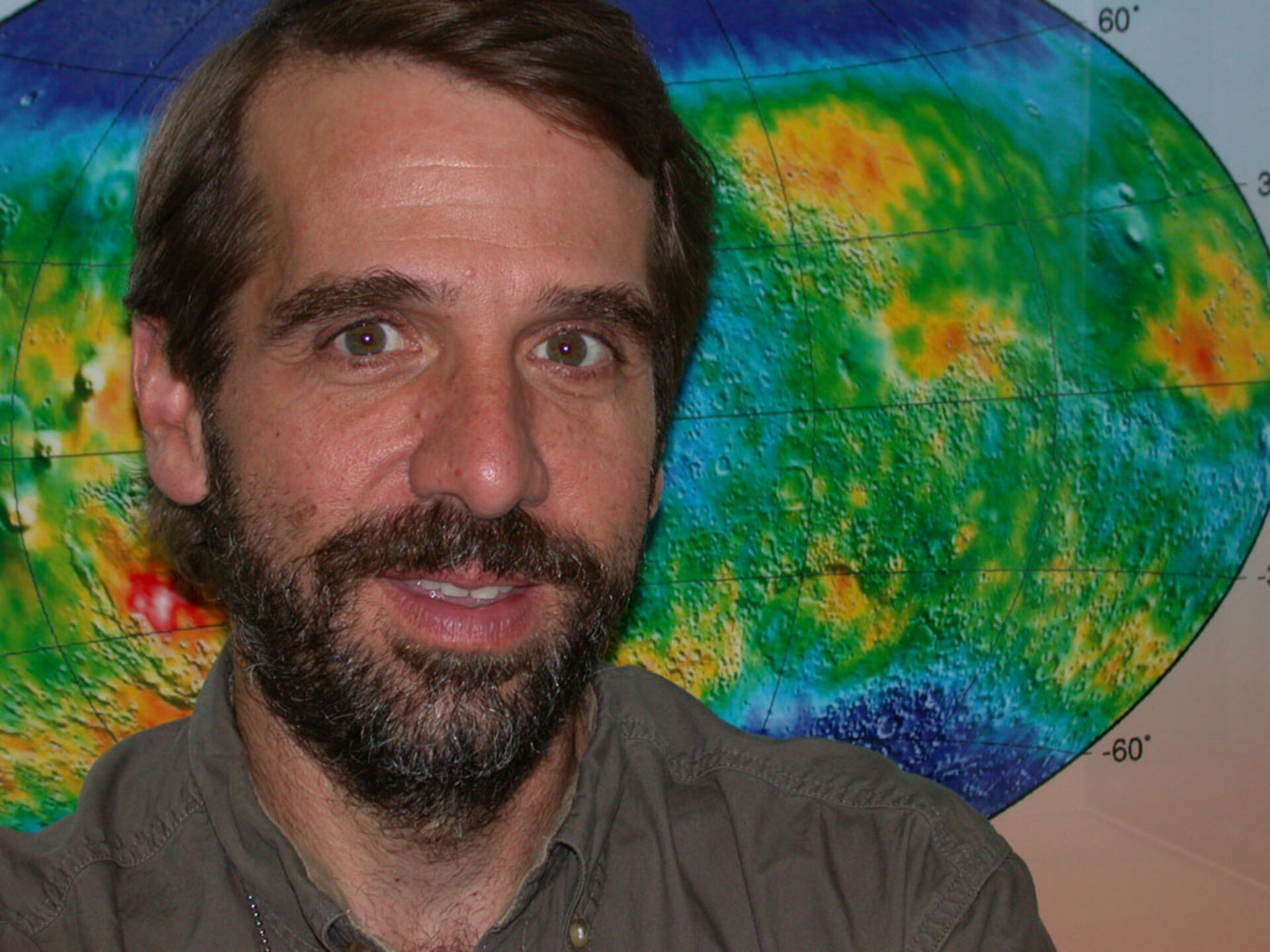 The MARSIS radar on board Mars Express has marked history by being the first instrument to look beneath the surface of the Red Planet. As a co-responsible for it you must have thrilling expectations. Which were they when the mission was launched? What are they today, after MARSIS has started probing underground?

MARSIS is an unusual experiment in that no similar instrument has ever been sent to another planet. For this reason, we did not quite know what to expect. However, we had confidence that our instrument was capable and robust, and all that we needed for success was a ‘cooperative’ Mars. After two years of observations, we are thrilled with the results we have obtained.

Mars has been especially cooperative in the polar regions, where we have easily mapped the 3D distribution of the kilometres-thick ice caps. MARSIS signals also reveal subsurface materials elsewhere on the planet, and we expect to focus on additional regions as the experiment proceeds.

From what you have seen so far, is there any chance that liquid water is still present below the surface?

Most Mars scientists believe that liquid water is present below the surface. The questions are: how deep, where, and how much? So far MARSIS seems to be telling us that large aquifers are not common in shallow layers of the crust. This could mean that there is not much water (liquid or ice) in the crust, or that the crust is too cold to maintain liquid water near the surface. Alternatively, there may be shallow water that somehow has eluded detection by MARSIS. We are continuing to pursue this part of the investigation.

What would the implications of such a break-through be?

Confirmation of the presence of liquid water would of course provide us with a prime target for the search for life on Mars. Every watery environment on the Earth contains life. It would be fascinating to determine if this is the case on Mars too.