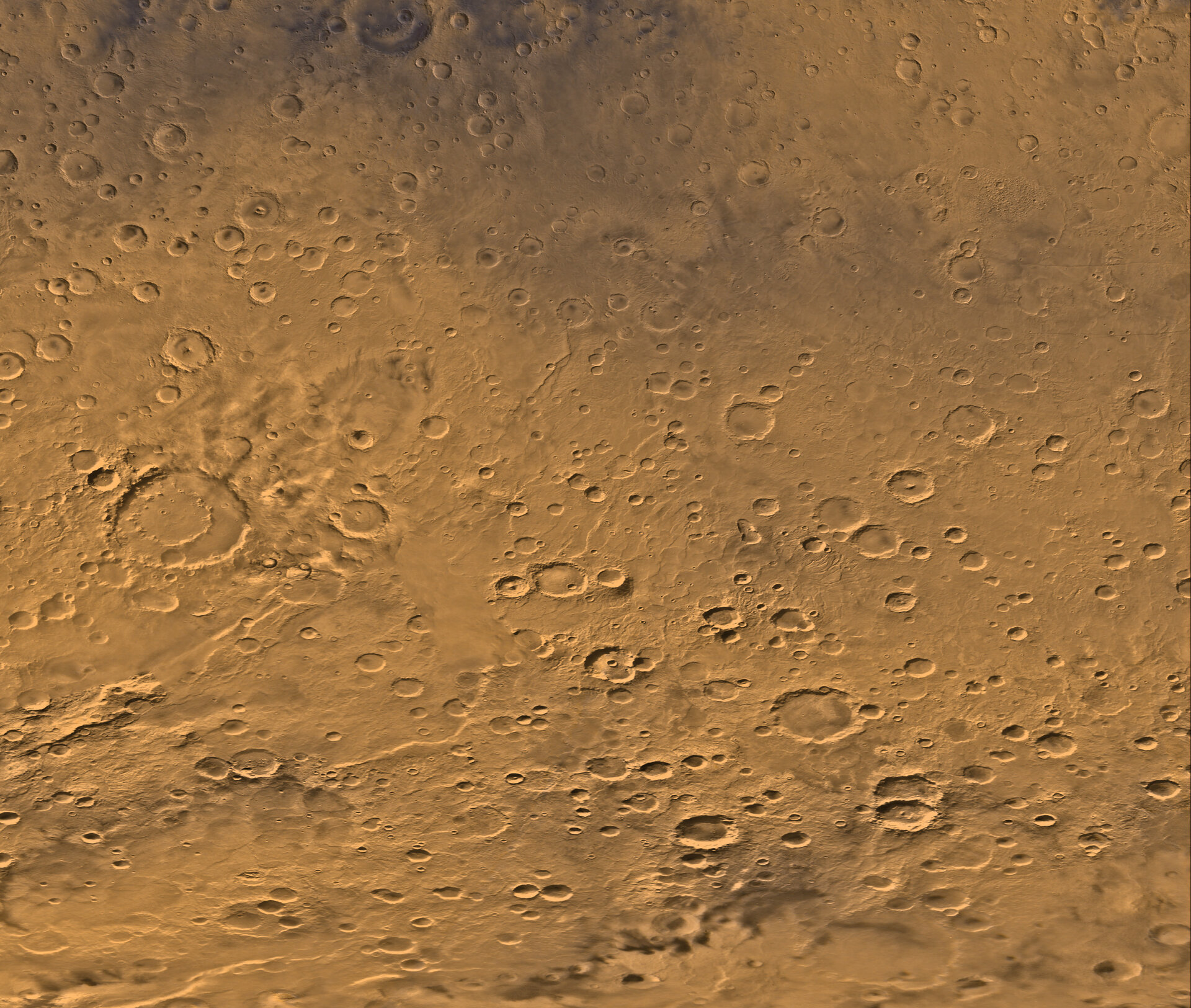 ESA’s Mars Express spacecraft has for the first time ever detected an aurora on Mars. This aurora is of a type never before seen in the Solar System.

Observations by the SPICAM instrument (Spectroscopy for the Investigations and the Characteristics of the Atmosphere on Mars) made on 11 August 2004, revealed light emissions now interpreted as an aurora.

Aurorae are spectacular displays often seen at the highest latitudes on Earth. On our planet, as well as on the giant planets Jupiter, Saturn, Uranus and Neptune, they occur at the foot of the planetary magnetic field lines near the poles, and are produced by charged particles – electrons, protons or ions – precipitating along these lines.

Aurorae have also been observed on the night side of Venus, a planet with no intrinsic (planetary) magnetic field. Unlike Earth and the giant planets, Venusian aurorae appear as bright and diffuse patches of varying shape and intensity, sometimes distributed across the full planetary disc. Venusian aurorae are produced by the impact of electrons originating from the solar wind and precipitating in the night-side atmosphere.

Like Venus, Mars is a planet with no intrinsic magnetic field. A few years ago it was suggested that auroral phenomena could exist on Mars too. This hypothesis was reinforced by the recent Mars Global Surveyor discovery of crustal magnetic anomalies, most likely the remnants of an old planetary magnetic field.

SPICAM detected light emissions in the southern hemisphere on Mars, during night-time observations in the region corresponding to 177º East and 52º South. The total size of the emission region is about 30 km across, possibly about 8 km high.

While the detected emission is typical for daytime, it must indicate the excitation of the upper atmosphere by fluxes of charged particles – probably electrons – if observed during night-time.

By analysing the map of crustal magnetic anomalies compiled with Mars Global Surveyor’s data, scientists observed that the region of the emissions corresponds to the area where the strongest magnetic field is localised. This correlation indicates that the origin of the light emission actually is a flux of electrons moving along the crust magnetic lines and exciting the upper atmosphere of Mars.

SPICAM observations provide for the first time a key insight into the role of the Martian crustal magnetic field in producing original cusp-like magnetic structures. Such structures concentrate fluxes of electrons into small regions of the Martian atmosphere. Eventually, they induce the formation of highly concentrated aurorae whose formation mechanism – a localised emission controlled by anomalies in the crust’s magnetic field – is unique in the Solar System.