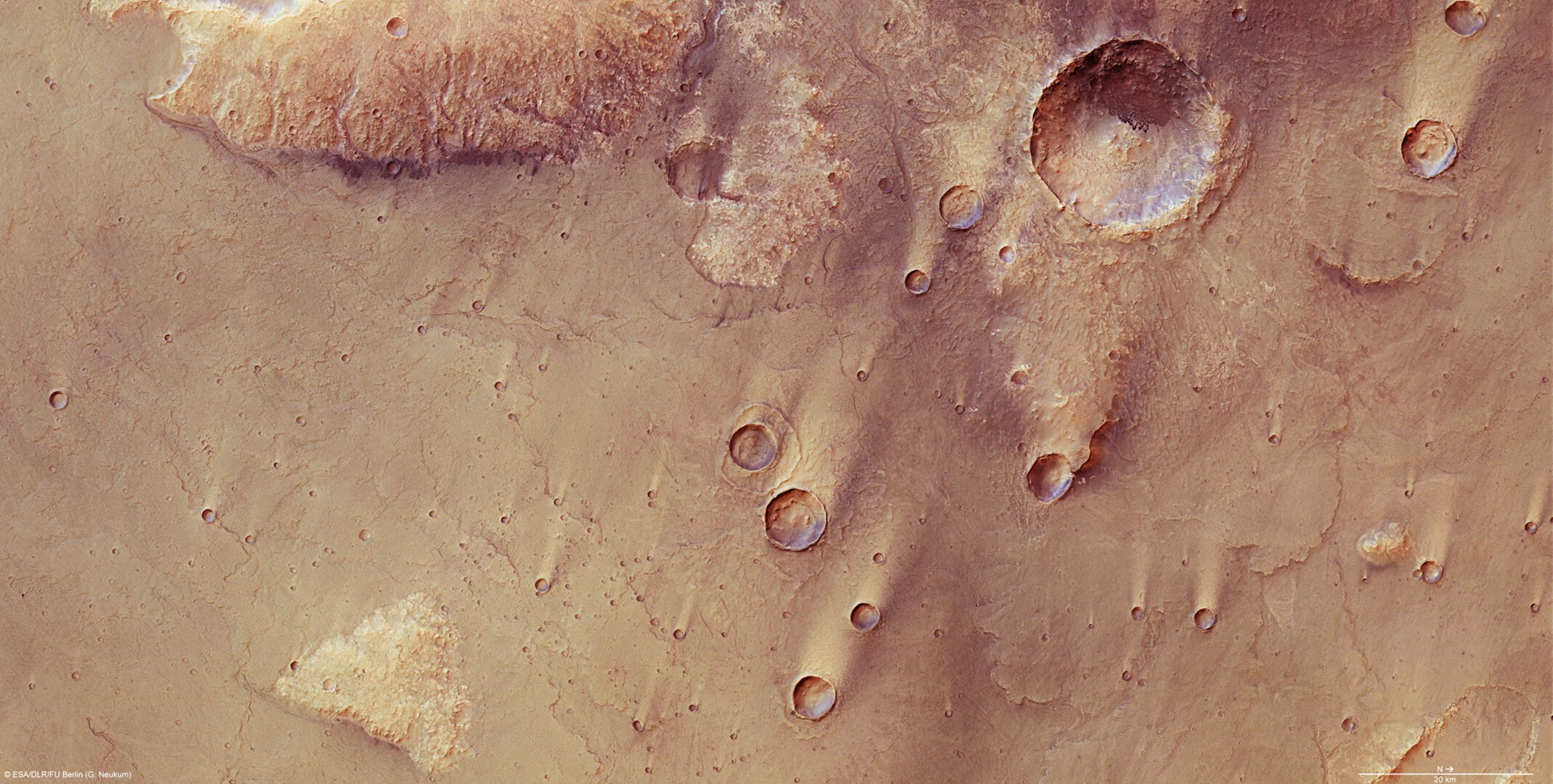 New images from ESA’s Mars Express show the Syrtis Major region on Mars. Once thought to be a sea of water, the region is now known to be a volcanic province dating back billions of years.

Syrtis Major can be spotted from Earth even with relatively small telescopes – the near-circular dark area on the planet stretches over 1300 x 1500 km.

Christiaan Huygens discovered this area in 1659 and by repeated observations he used it to time the length of day on Mars.

Early ideas held that it was a sea with a water level that rose and fell, causing the markings to change.

Now, however, we know that the region is volcanic in origin, devoid of water and that the changes in its shape are due to dust and sand being blown around in the wind.

Newly released images of a part of Syrtis Major seen from ESA’s Mars Express orbiter show lava flows that flooded the older highland material, leaving behind buttes – isolated hills with steep sides that were too high to be affected.

They can be identified by their lighter colours and their eroded state, and some even show ancient valleys on their flanks.

Individual lava flows, filled craters and partly-filled craters can be made out in the images. The prevailing wind direction can be seen from the dispersal of the lighter-toned dust and darker-toned sand in and around the craters and buttes. The smaller craters illustrate this clearly.

The largest crater in the pictures has a small central peak and contains a small dune field of darker-toned dunes to the east of its floor.