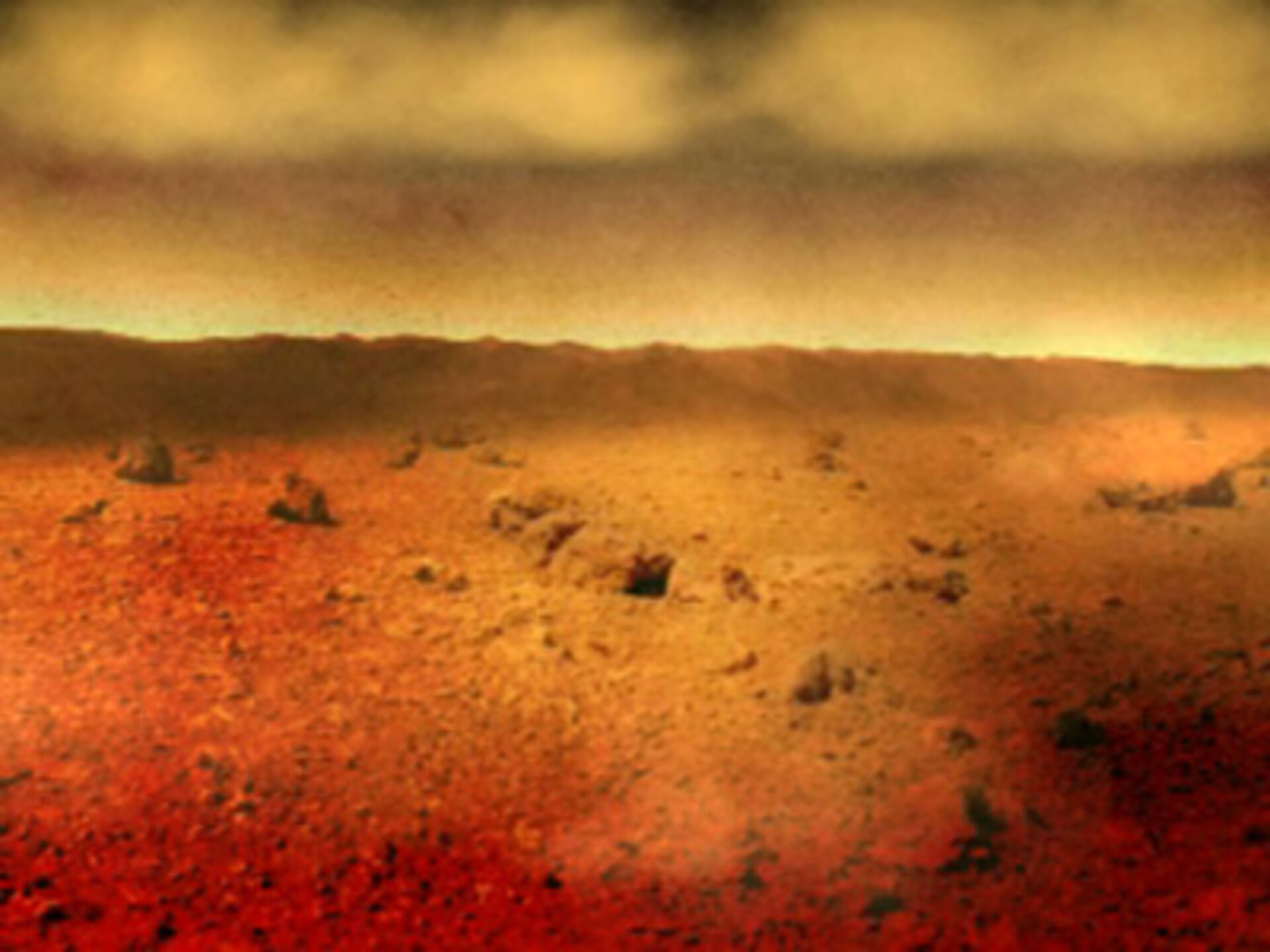 This summer, Mars suffered a titanic dust storm that engulfed the entire planet. The dust storm contributed to a temporary warming effect around Mars, which raised the temperature of the atmosphere by around 20-30°C.

However, the surface temperature of the planet itself dropped.

Imagine a dust cloud on Earth that started in the Sahara desert and grew to encompass our whole planet. Such a catastrophe would block sunlight from reaching the surface and plunge us into twilight for months. It happens on Mars on a regular basis. Planetary scientists watched the latest dust storm take shape at the end of June. By mid July it had covered the Red Planet, dispersing gradually over the next few months.

Whereas some of the spacecraft’s instruments, such as the Visible and Infrared Mineralogical Mapping Spectrometer (known as OMEGA) and the High Resolution Stereo Camera (HRSC), which both rely on a clear view of the surface have to wait until the dust subsides, the Planetary Fourier Spectrometer (PFS) instrument was able to work throughout the event and has gained new insights into the effects of the dust storms on the atmosphere of Mars.

“Once the atmosphere becomes full of dust, only 20% of the solar radiation can reach the surface of the planet,” says Vittorio Formisano, Istituto Fisica Spazio Interplanetario, Rome, Italy, and the principal investigator of the PFS instrument.

The dust absorbs the solar radiation which directly heats the atmosphere, creating a strong warming effect. This year, PFS saw the temperature of the Martian atmosphere rise by between 20-30°C. As the atmosphere heats up, the atmosphere inflates around the planet. Formisano estimates that this increase was probably by about 20 km and hopes that a fuller analysis of the PFS data will give a precise figure.

The Hellas Basin obviously plays a very important role as the dust storms usually begin in its vicinity. Hellas is a vast impact structure, 9 km deep and about 2300 km across. It is so large that it disrupts the circulation of the atmosphere. “How the dust propagates into the whole atmosphere is still a complete mystery,” says Formisano.

One puzzle is that the dust storms reach the poles of Mars. Polar regions on planets are usually distinct atmospheric pockets that prevent warm air from the equatorial regions from entering. On Mars, however, the dust reaches everywhere and smaller particles remain suspended for a long time. “The micron sized particles fall back to the surface in a few months, the sub-micron sized particle can remain up there for years,” says Formisano.

“Another mystery is why such large dust storms happen some years and not others,” says Francois Forget, Université Paris, France, and Mars Express Interdisciplinary Scientist.

Interestingly, whereas the atmosphere of the planet heats up, the surface of the planet cools down because it receives much less solar heat. This poses an additional problem for Martian landers, which rely on solar arrays for power. They have to hibernate during the storms. It also presents a clear challenge to potential visiting astronauts.

“We have beautiful data from PFS of this dust storm and we now intend to analyse this fully,” says Formisano.