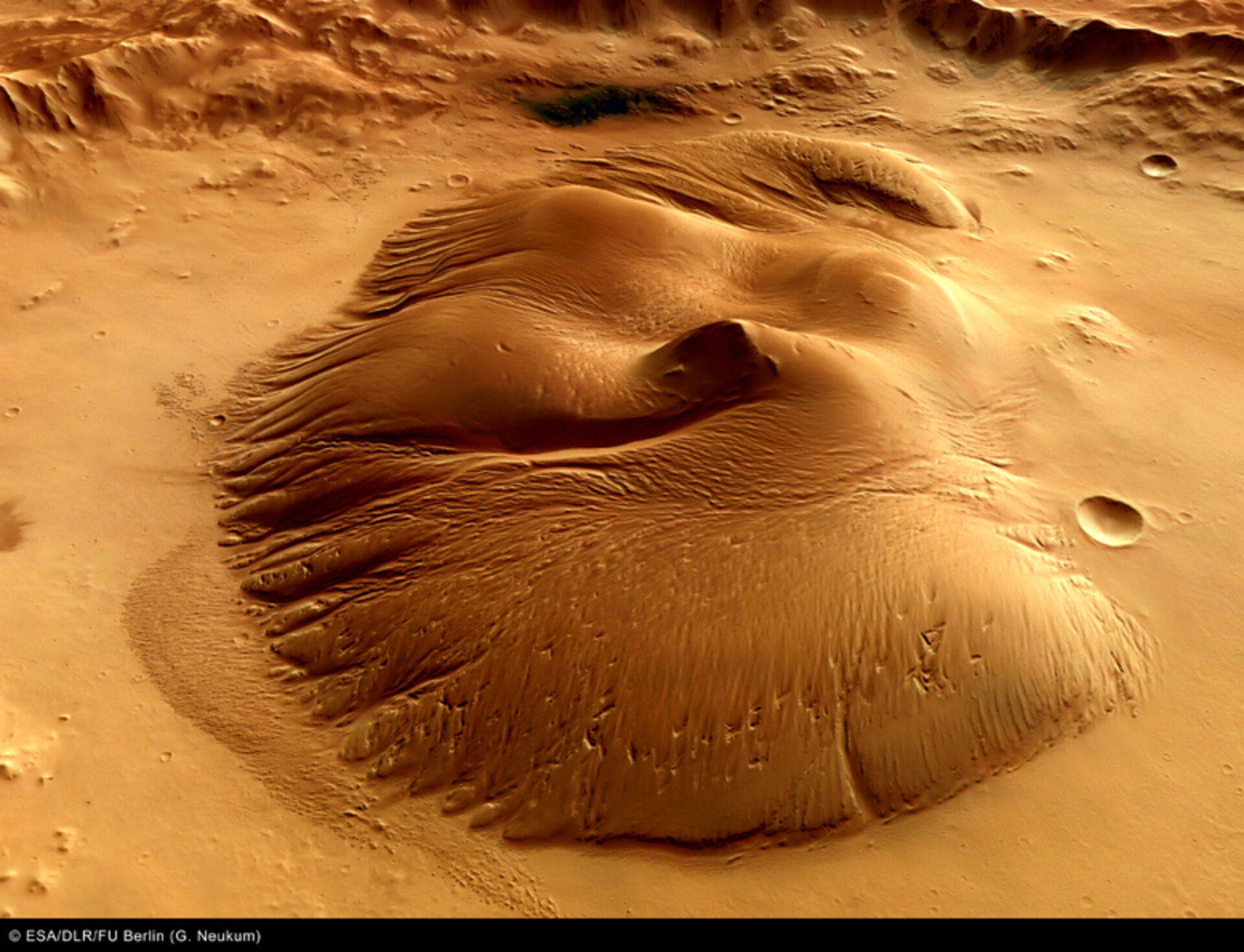 These images, taken by the High Resolution Stereo Camera (HRSC) on board ESA’s Mars Express spacecraft, show Nicholson Crater, located at the southern edge of Amazonis Planitia on Mars.

The HRSC obtained these images during orbit 1104 with a ground resolution of approximately 15.3 metres per pixel. The scenes show the region around Nicholson Crater, at approximately 0.0° South and 195.5° East.

Located in the centre of this crater is a raised feature, about 55 kilometres long and 37 kilometres wide, which extends to a maximum height of roughly 3.5 kilometres above the floor of the crater.

At present, it is still unclear how this central feature was shaped and what kind of processes led to its formation. It is thought that the remnant hill could be composed of material from underground or was built as a result of atmospheric deposition.

The tall feature in the centre of this hill is the central peak of the crater, which forms when the surface material ‘rebounds’ after being compressed during the formation of an impact crater.

However, it is clear that this feature has been heavily sculpted after its creation, by the action of wind or even water.

The 3D anaglyph images were created from the nadir channel and one of the stereo channels. Stereoscopic glasses are needed to view the 3D images Image resolution has been decreased for use on the internet.