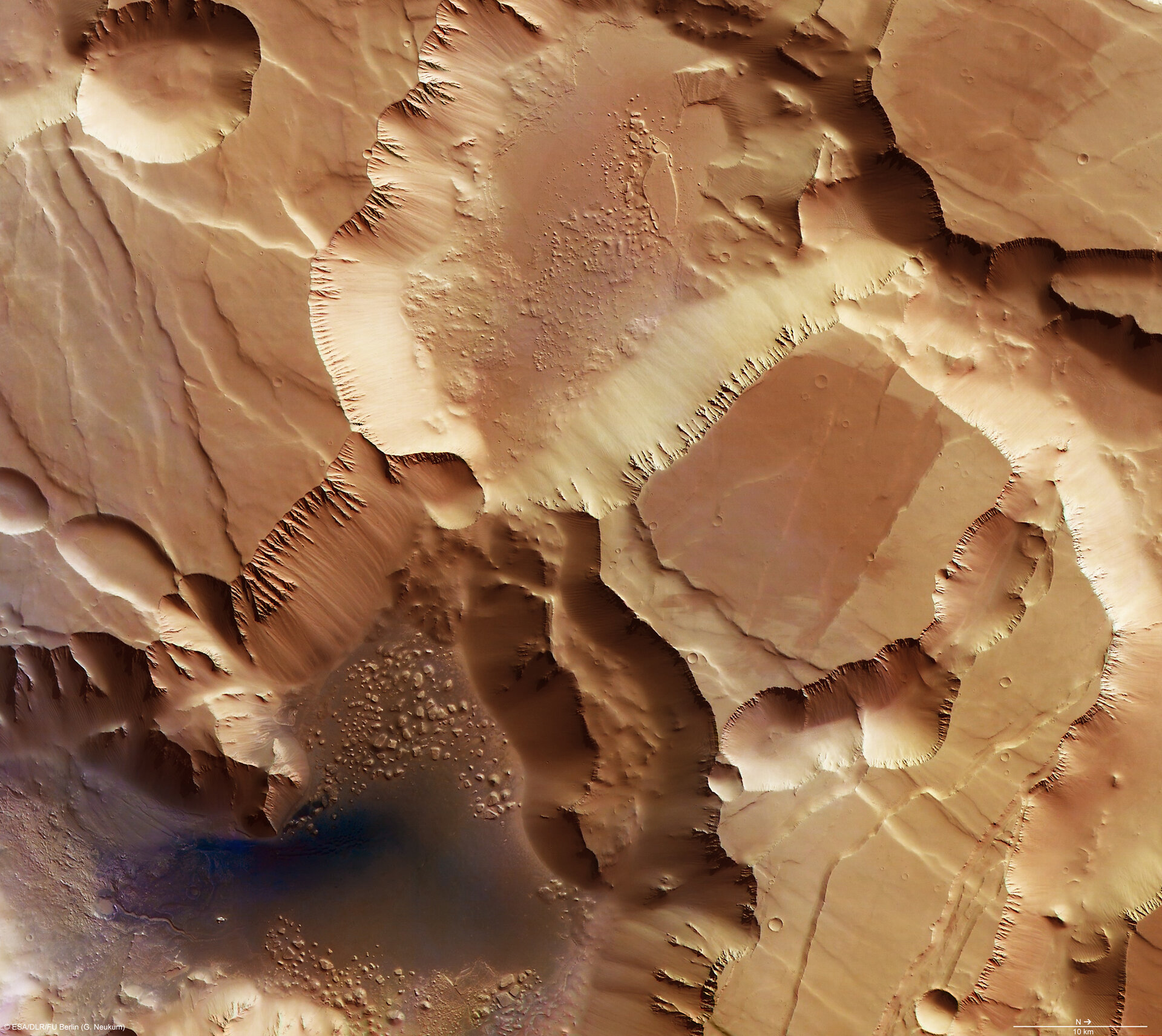 These images taken by the High-Resolution Stereo Camera (HRSC), onboard ESA’s Mars Express imaged the Noctis Labyrinthus region, the ‘labyrinth of the night’ on Mars.

Noctis Labyrinthus lies at approximately 6.5° south and 260° east. The Sun illuminates the scene from the north-west, top right in the image above.

The region is located directly on the western edge of Valles Marineris, the ‘Grand Canyon’ of Mars. The closely-spaced, deeply incised, smaller, labyrinth-like fractures are eye-catching.

Noctis Labyrinthus forms part of a complex graben-system. This system formed due to extensional tectonics. During the process, intense volcanism in the Tharsis region led to the formation of a bulge, resulting in tectonic stress. This caused the crust to thin out and form graben structures, which are elongated, trench-like features bounded by parallel normal faults. As one can clearly see in the context map, the upper portion of the martian crust in this area is largely fractured.

The scene in the picture exhibits parts of those graben structures that have 5000-m deep incisions. They are strongly eroded, and this can be seen from the debris at the bottom of the graben. Younger rock-formations can be seen on the upper-edge of the graben.