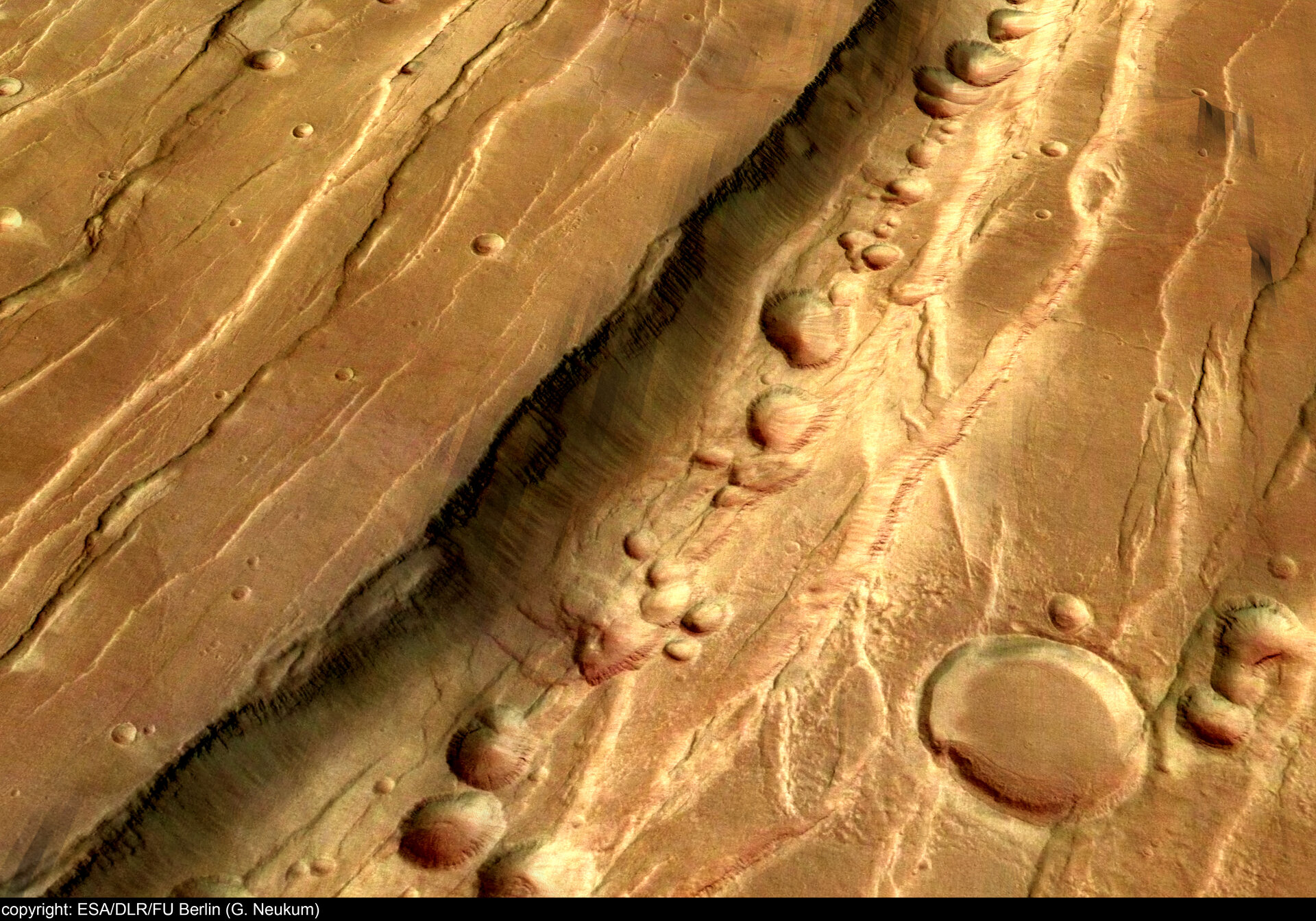 These images, taken by the High Resolution Stereo Camera (HRSC) on board ESA’s Mars Express spacecraft, show pits and tectonic ‘grabens’ in the Phlegethon Catena region of Mars.

The HRSC obtained these images during orbit 1217 with a ground resolution of approximately 11.9 metres per pixel. The scenes show the region of Phlegethon Catena, centred at approximately 33.9° South and 253.1° East.

Located south-east of the Alba Patera volcano, Phlegethon Catena is a region exhibiting a high density of tectonic grabens, which are blocks of terrain that have dropped relative to their surroundings as a result of a geological extension of the crust.

In the colour image (left), this swarm of grabens trends roughly north-east to south-west, with individual widths ranging from approximately one half to ten kilometres.

The series of closely spaced depressions that exhibit a similar orientation to the grabens is described by the term ‘catena’.

These depressions are rimless, circular to elliptical and range from roughly 0.3 to 2.3 kilometres across.

The grabens may have formed as the result of stresses associated with the formation of Alba Patera, which rises three to four kilometres above the surrounding plains, or the Tharsis rise to the south, which reaches up to ten kilometres high.

It is unclear what process is responsible for the chain of depressions.

One possibility is the collapse of the surface due to the removal of subsurface materials, while other suggestions include that tension cracks may have formed in the subsurface and caused subsequent collapse.