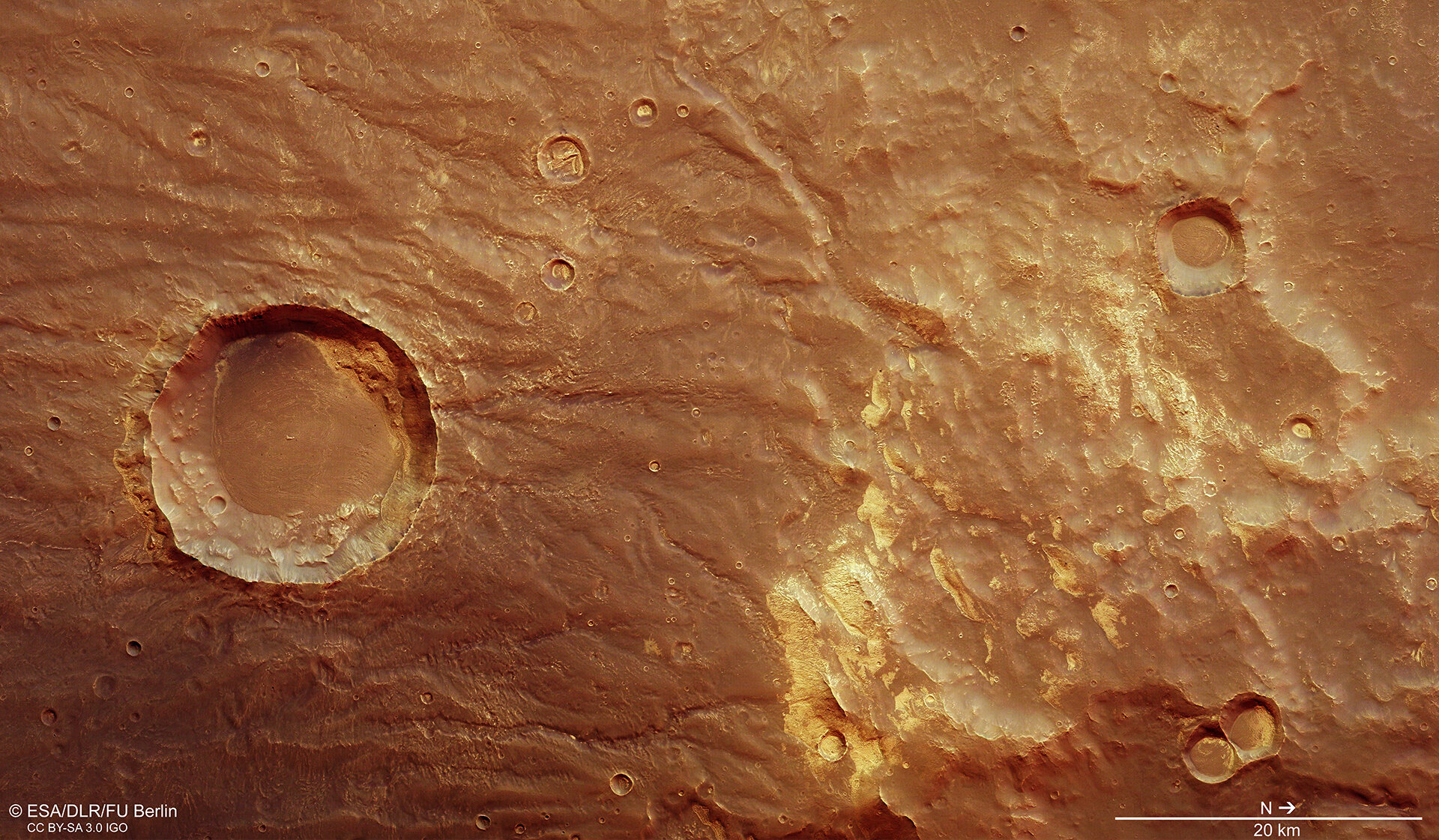 An ancient mountain range on Mars preserves a complex volcanic and tectonic past imprinted with signs of water and ice interactions.

The images, taken on 9 April by the high-resolution stereo camera on ESA’s Mars Express, show the Thaumasia mountains and Coracis Fossae, which fringe the huge Solis Planum volcanic plateau from the south.

The region lies to the south of the vast Valles Marineris canyon system and towering Tharsis volcanoes, and is strongly linked to the tectonic stresses that played out during their formation over 3.5 billion years ago.

As the Tharsis bulge swelled with magma during the planet’s first billion years, the surrounding crust was stretched, ripping apart and eventually collapsing into troughs. While Valles Marineris is one of the most extreme results, the effects are still seen even thousands of kilometres away, such as in the Coracis Fossae region observed in this image where near-parallel north–south faults are visible primarily to the left.

Tectonic structures like these can control the movement of magma, heat and water in the subsurface, leading to hydrothermal activity and the production of minerals.

Light-toned deposits, which might be clay minerals formed in the presence of water, stand out in the right part of the colour image and at the rim of the large crater. Similar deposits were identified in the nearby Lampland crater.

There is also evidence for valley formation by groundwater erosion and surface runoff occurring at the same time as when the active tectonics shaped the landscape. The water-based erosion means the troughs have been partially buried and heavily modified.

The region was later modified by glacial processes, seen in the flow-like lineated patterns in the flat floors of the large craters.

As a representative of the ancient highlands of Mars, this region holds a wealth of information about the Red Planet’s geological history.