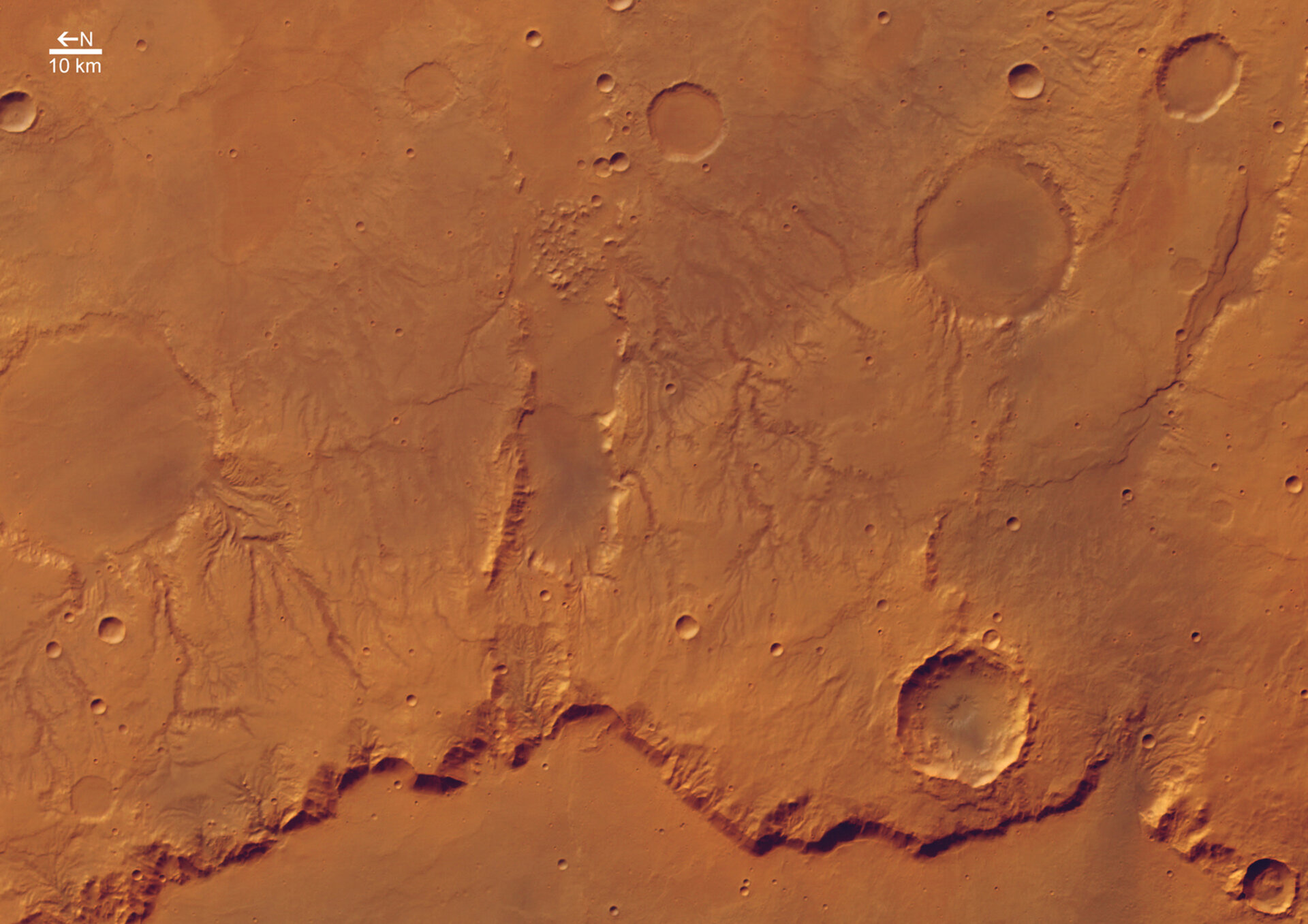 These images, taken by the High Resolution Stereo Camera (HRSC) on board ESA’s Mars Express spacecraft, show the eastern rim of the Martian impact crater Huygens.

The images were taken during orbit 532 in June 2004 with a ground resolution of approximately 70 metres per pixel. The displayed region is centred around longitude 61° East and latitude 14° South.

Huygens is an impact structure, about 450 kilometres wide, located in the heavily cratered southern highlands of Mars. Crater counts of the rim unit of the impact basin indicate that it is almost 4000 million years old.

This implies that this basin was formed in the early history of the planet and indicates a period of heavy bombardment in roughly the first 500 million years of the planet’s lifetime.

The basin shows an inner ring that has been subsequently filled by sediments transported into the crater.

These images show part of the eastern rim of the crater. The rim is heavily eroded and shows a ‘dendritic’ pattern. This observation suggests surface water run-off.

Dendritic systems are the most common form of drainage system found on Earth. They consist of a main ‘river’ valley with tributaries with their own tributaries. From above, they look like a tree or a river delta in reverse.

The valley system is blanketed by dark material, which was either transported by a fluid running through the channels or by wind-driven (‘aeolian’) processes. Part of the area has been covered by slightly redder material, which implies a different chemical composition.

Image resolution has been decreased for use on the internet. The colour images were processed using the nadir (vertical view) and colour channels.

The perspective views were calculated from the digital terrain model derived from the stereo channels.