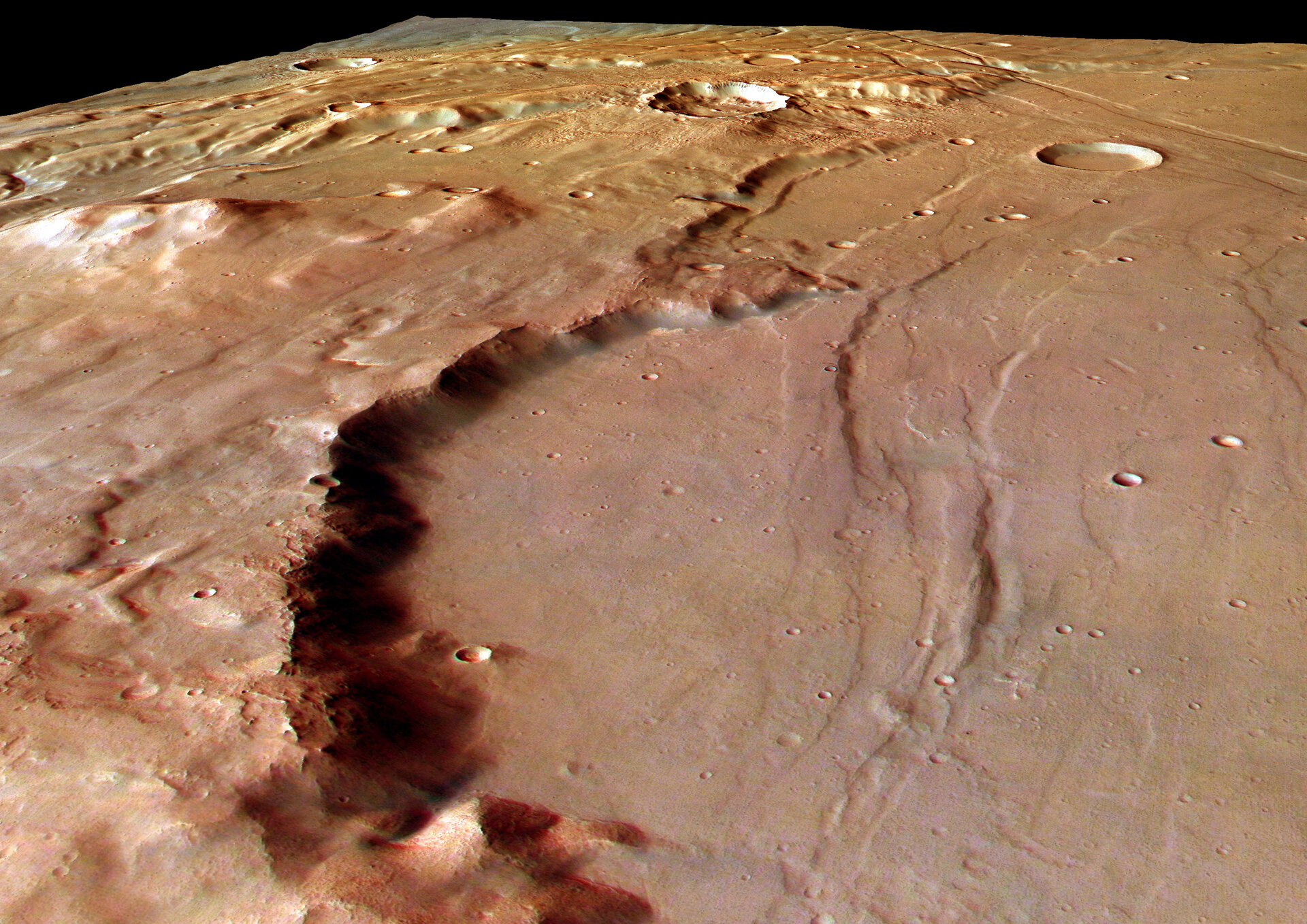 These images, taken by the High Resolution Stereo Camera (HRSC) on board ESA’s Mars Express spacecraft, show part of a heavily eroded impact crater at Solis Planum, in the Thaumasia region of Mars.

The images were taken during orbit 431 in May 2004 with a ground resolution of approximately 48 metres per pixel. The displayed region is located south of Solis Planum at longitude 271° East and latitude of about 33° South.

The larger eroded impact crater in the lower left of this image has a diameter of about 53 kilometres and its eastern crater rim is about 800 metres high.

The blue/white tint in the eastern (top left) part of the scene indicates a near-surface haze or clouds.

To the south (right), tectonic ‘graben’ structures can be seen running in three different directions (north-west, north-east and east-north-east), which show three different phases of development.

A graben is a down-dropped block of the crust resulting from extension, or pulling, of the crust. They are often seen together with features called ‘horsts’, which are upthrown blocks lying between two steep-angled fault blocks. Some of the graben shown here are about five kilometres wide.

The northern end of the higher region, or upper left in this image, contains an almost circular plateau, which is 15 kilometres across.

It may be an old impact crater, filled by sediments, which developed a harder consistency than the surrounding material over the course of time.

Later, the more easily eroded material was removed and the harder inner filling remained. This phenomenon is called ‘inverted relief’.

The 3D anaglyph image has been created from the nadir channel and one of the stereo channels. Stereoscopic glasses are needed to view the 3D image.

The colour images were processed using the nadir (vertical view) and colour channels. The perspective views have been calculated from the digital terrain model derived from the stereo channels.

Image resolution has been decreased for use on the internet.