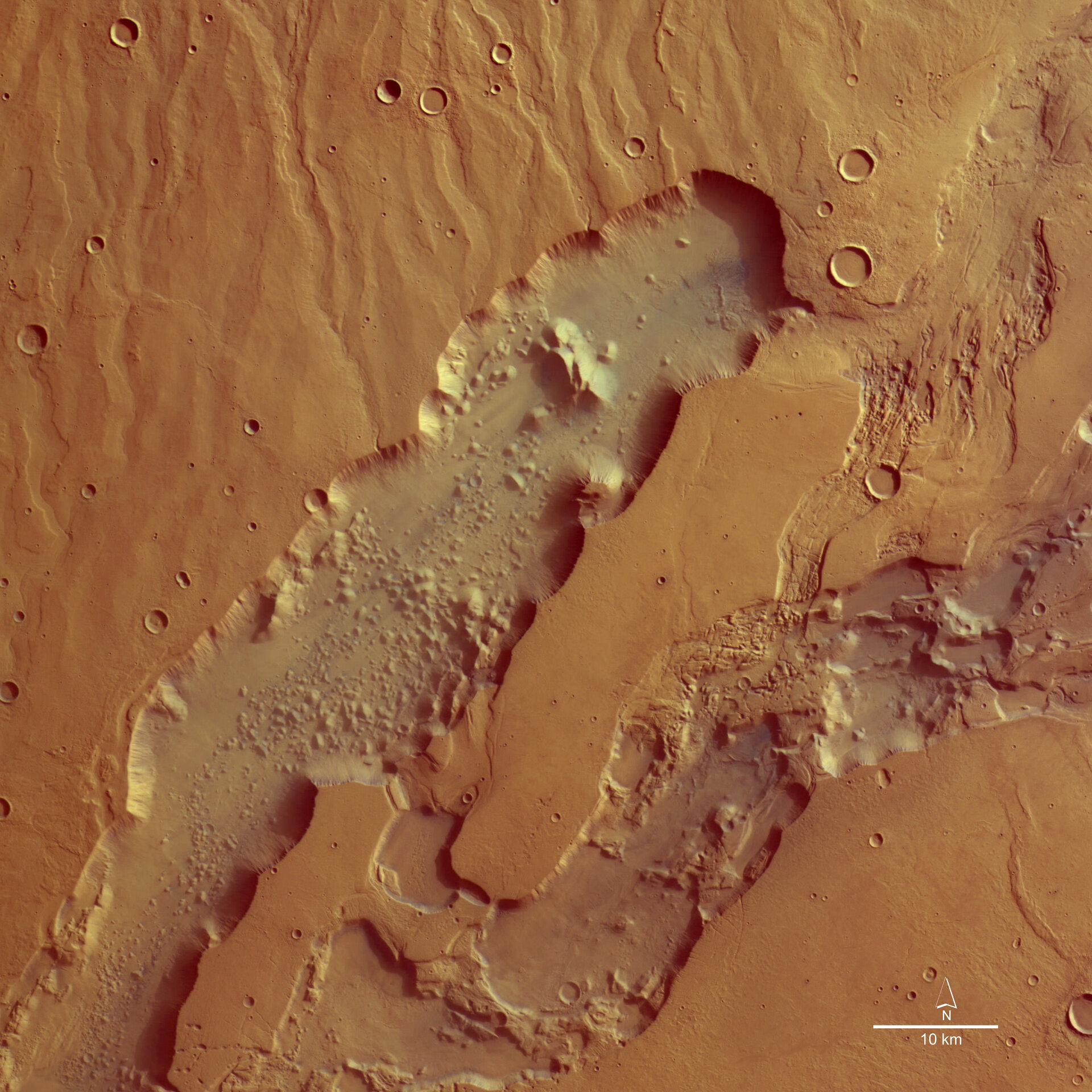 These images, taken by the High Resolution Stereo Camera (HRSC) on board ESA's Mars Express spacecraft, show the Dao Valles and Niger Valles, a system of outflow channels on Mars.

The images were taken during orbit 528 in June 2004, and show the Dao Valles and Niger Valles areas at a point where the north-eastern Hellas impact crater basin and the Hesperia Planum volcanic region meet.

The images are centred at Mars longitude 93° East and latitude 32° South. The image resolution is 40 metres per pixel.

The colour image has been created from the HRSC’s nadir (vertical view) and three colour channels.

The 3D and the perspective views have been created using the nadir and stereo channels.

The structure of the valley floor of the Niger Valles is characterised by terraced basins and chaotic fractures. The floor of the Dao Valles is much smoother, but covered with strongly eroded remnants.

These eroded valleys are in a region which is part of the southern flank of the Hadriaca Patera volcano. The surrounding surface is formed by lava streams, probably in a 'runoff' process.